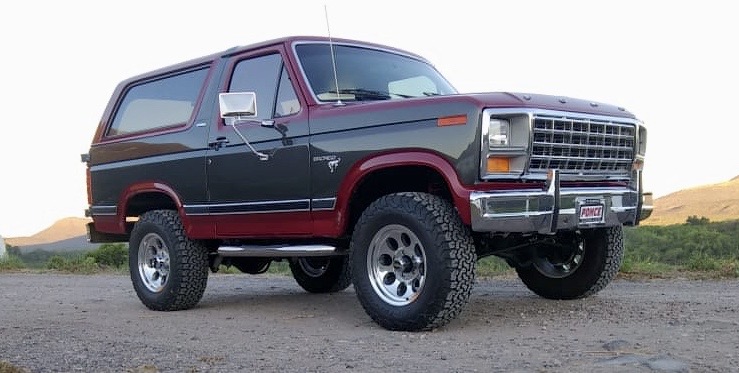 Bronco Restored My grand father bought this bronco in 1981. In 1984 he gave it to my father, we used it as a family road trip vehicle until 1989. In 1994 the Bronco had been in the sun and the weather took its toll. I asked for a car, and my dad told me that if I could fix it, the bronco would be mine. It became my first car. I sold it in 2000 to a friend of the family. 17 years later I saw him again, after talking for awhile, I asked him if he still had ... read more >> 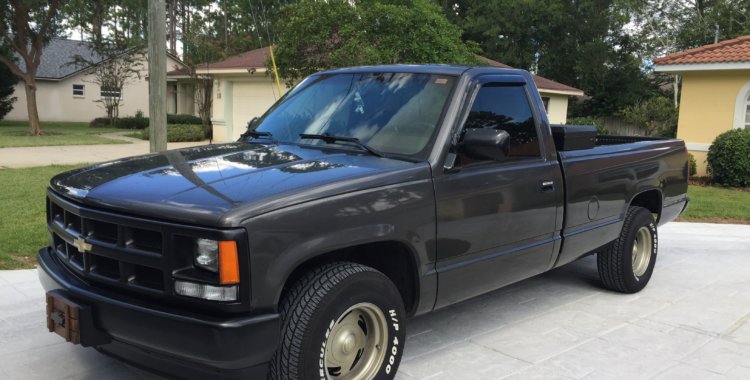 A Family Tradition My husband has always been a Chevy truck owner as the picture shows. Being a carpenter by trade, a truck was a must. Who would have known that 47 years later his grandson would also be following in his same footsteps and have his own Chevy truck and work as a carpenter at 18. His 1993 Chevy truck was the ideal buy for his first vehicle, a one owner Cheyenne. Making it his own came easy as grandfather and grandson began to enjoy working together on Christopher's "new" Chevy truck. He hand made the front plate ... read more >> 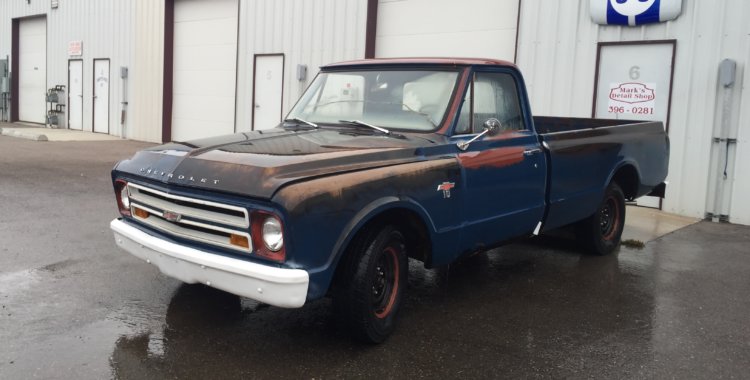 My 1967 Chevrolet C10 I am now the second owner. The first owner passed away and left It to his sister and she wanted somebody to have it that would do the truck justice in the way that her brother would’ve. I went a little overboard. I made the truck look like a Baldwin motion. I think the original owner would’ve been happy with what I’ve done. He had ordered a few parts from LMC Truck and had some other things circled in the catalog that he planned on buying before he passed away. ... read more >> 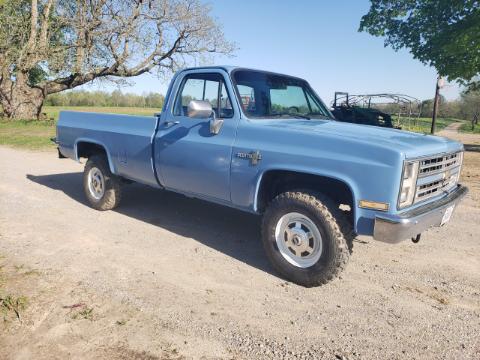 I got this truck in 2017 after giving up on restoring my dad's old Dodge power wagon. I loved that truck but it had to many roadblocks that kept me from being able to ever finish it. I saw this one on the side of the road for sale I bought it and it's a daily driver me and my brother painted it just to stop rust it is not restored. 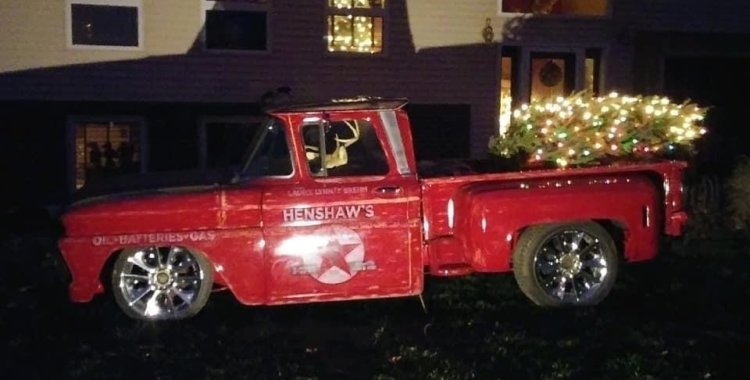 Labor of Love. Marrying a 63 and 74 truck We were given the truck cab, engine, and tranny as a down payment on a car build. The black truck we’ve owned twice...it just kept showing up. I wanted an old truck and Charlie started this build as a gift. I’m so proud of what he did to it. It fixed the body then painted it, then distressed it. The graphics are very special. Charlie called the historical society and got my parents phone number and address from the year I was born. He also had added my two nick ... read more >> 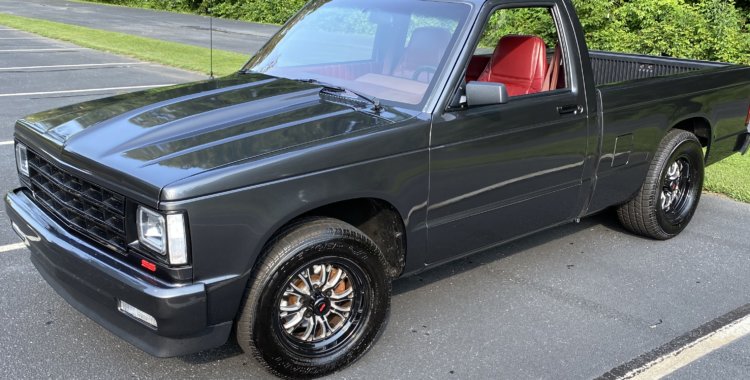 Father and Son Our 1987 S10 was a two year project. Working together was the best result. The truck has a Blueprint engines 350, Holley Sniper fuel injection and a 2.5” dual exhaust. Turbo 350 with a 2500 stall. Rear end is a 8.5” 3:42 posi from a Blazer. Bumpers are also from a Blazer. Interior is new and features a digit dash. Paint color is magnetic metallic. 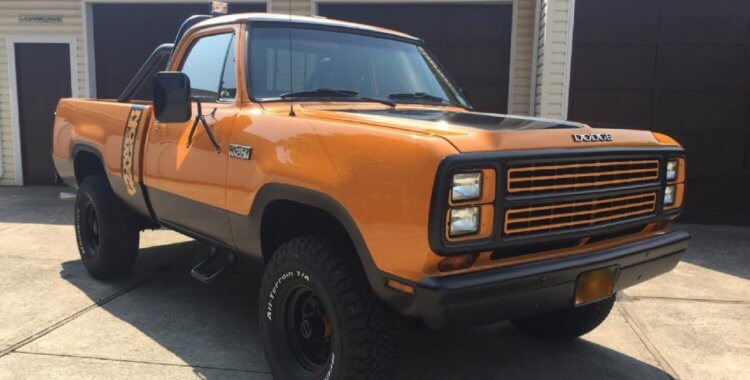 Suzanne's 1979 Dodge Power Wagon 150 We bought the truck in an online auction in Washington State and shipped it to our home in Long Island New York. We bought it to build a Macho Wagon tribute truck. I built a similar truck in the late 80's that Suzanne saw a picture of and wanted to build one for herself. I rebuilt the 318 engine that came in the truck with 360 heads, an aftermarket cam and a 340 intake with an Edelbrock performer carburetor. It has a torqueflite trans and 4.10 gears with 33"x 10.5" tires. The paint ... read more >> 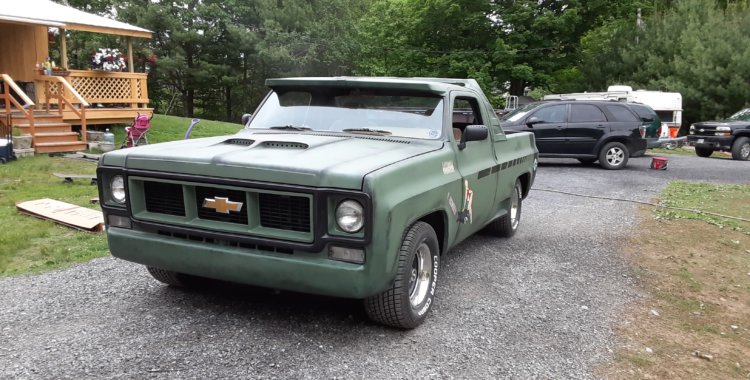 79 Custom I bought the truck last year. The story I was told was it was a high school shop class project back in the 90s. When I bought it it was in disrepair and had been sitting outside for a long time. I spent a good part of last winter repairing all of it and making it my own. 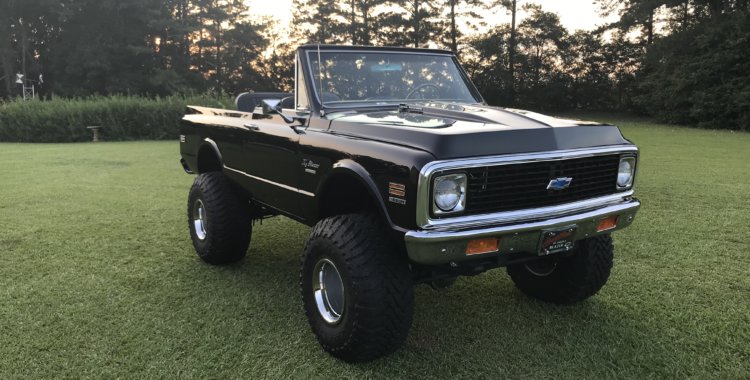 The Restoration of Black Beauty! I’ve had my 71 Chevy Blazer since 5-15-1989. I traded my 71 Chevy Step side for the Blazer. When I got her she was blue with a white hard top. Had an 8000 lb Ramsey winch on front and steel bumper on back set up to haul a horse trailer. Running 15 bye 10 rims with 33 inch tires. I wanted it for a daily driver so I replaced bumpers with chrome stock bumpers and 8 inch by 15 truck rally’s on 33 inch white letter tires. Very few parts were available when I ... read more >> 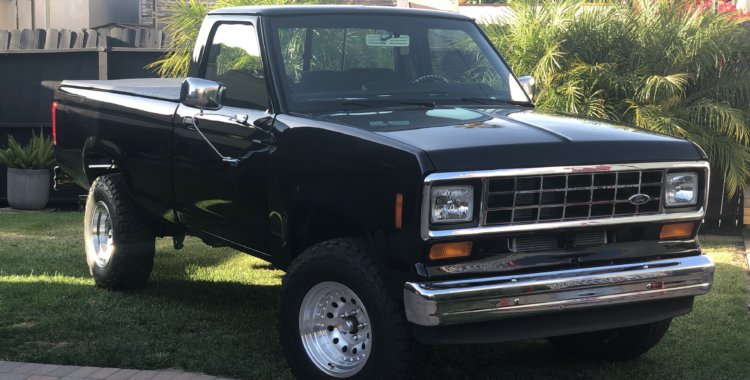 1988 Ford Ranger I was raised by my uncle after my father passed away and I recalled the years of my youth driving around in my uncle’s first generation Ranger back in the 80’s and 90’s. We always loved that old truck and I always had the goal of buying and restoring one. After getting a solid deal on an old 88 Ranger that had been sitting for years we embarked on a full frame off restoration on the truck. In just over six months we completed the restoration and really happy about the final outcome. We couldn’t have ... read more >>