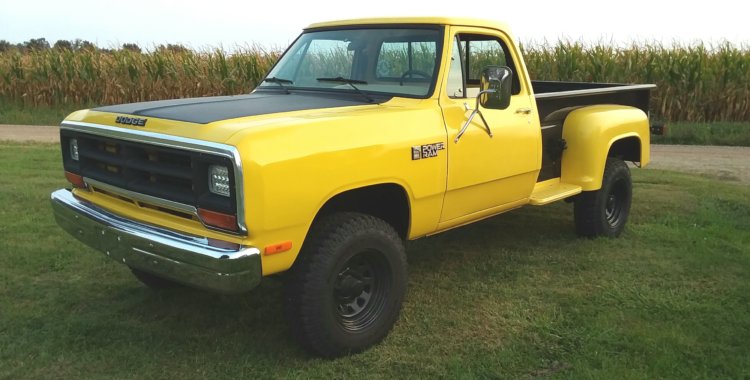 Driveway Resto I purchased this truck in 2014 from a co-worker and spent the next 6 years working on it. It has an 8 ft Utiline bed which is not original to the truck since Dodge stopped making stepsides after 1985. Many parts were purchased from LMC. I can send more pictures if you decide to post this. 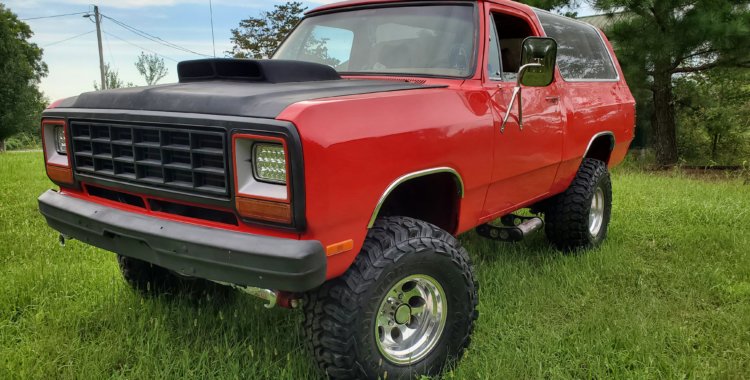 The Ramcharger Rebirth My sons and I started this project about 5 years ago. It was a my father's before it became mine. I still remember riding in the back of it to go fishing. The project started with a 4 inch suspension lift, motor swapped for a 318 la to a 360 magnum out of a 1995 ram . We put a carburetor conversion intake on it and ran a demon carb also clean the engine painted it and changed all the gaskets and put on mopar valve overs. Then we started rewiring everything. The wiring had be ... read more >> 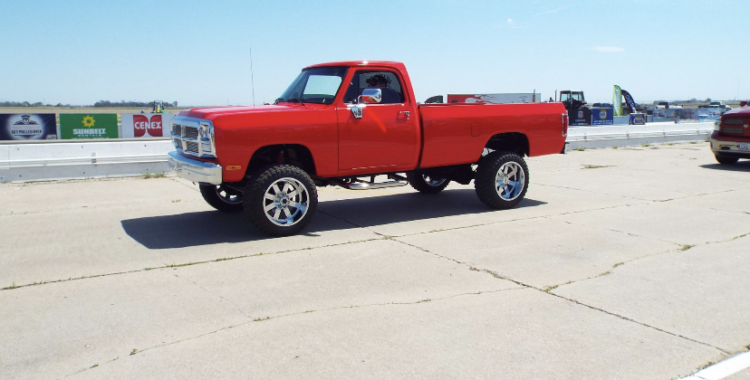 92’ W250 Cummins Diesel I’ve always been a dodge truck guy. My cousin actually had a similar pickup in high school that he let me ride in, after that ride I knew I had to have one someday. A coworker of mine had this one for sale, it was an old beat up farm pickup. After finding the right parts and thanks to LMC truck, we restored it in my body shop in our down time. There was quite a few men that made this project possible without them it would probably be an old beat up farm pickup!!! ... read more >> 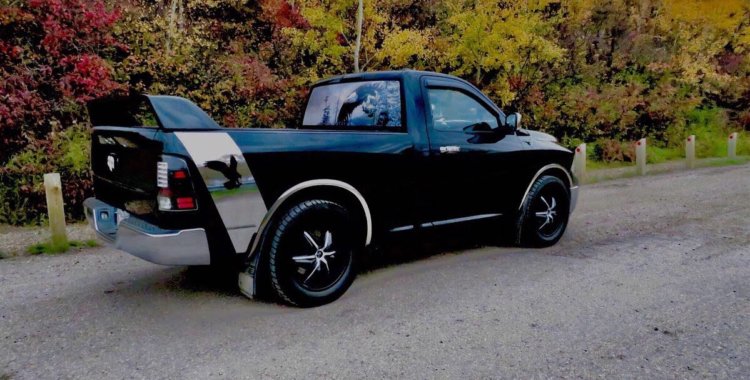 Meet Kromeio I always wanted a truck. I've been driving cars sense I had my licence. My first car in the 90"s was a 1974 dart. So I got the Mopar bug. So when I wanted a truck I had a few choices... I was used to cars so I thought of a small truck, but in the 2012 lot of the manufacturers did not make new small trucks. My choices were gm or mopar products. In my search check out the ram trucks. I did not want a fuel guzzler so I did not want a Hemi. So ... read more >> 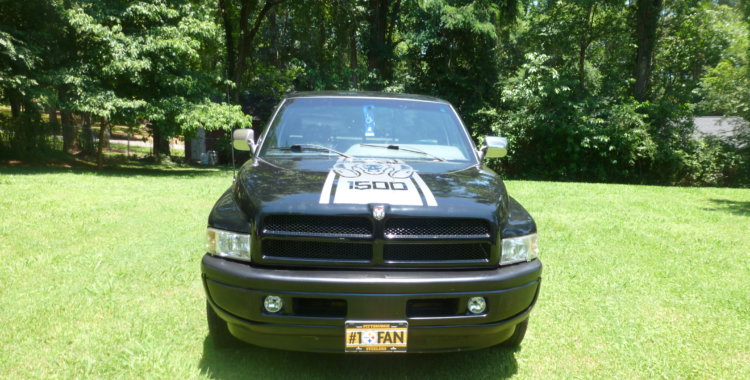 Honoring My Father My dad knew I always wanted a truck. So when he gave his F-150 to my Brother he bought this one and then gave it to me. Not in the Best of shape, I decided to rebuild it to honor him for ALL the things he did and gave me over the years...  I know if he were still here he would simply look at me and say, You can't make a new truck out of it !!! No, maybe not but I can make a very good looking truck ... So here it is after ... read more >> 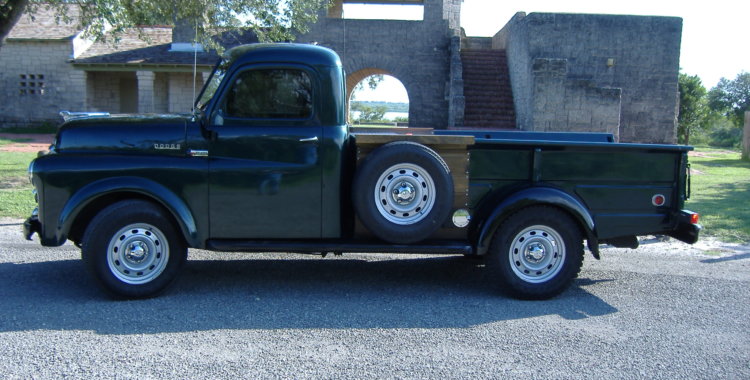 Project 53 I grew up on a small farm in South Texas. The farm life teaches you things even if you are not interested in learning. The constant repair of equipment requires welding, fabrication of non existence parts and constant mechanical work. I can't say that I always liked it but little did I know where it was going to lead me. I had the Camaro’s, mustangs and many other cars during my life. I even ended up co owning a circle track car and was crew chief on that asphalt burner where we just raced local tracks never ... read more >> 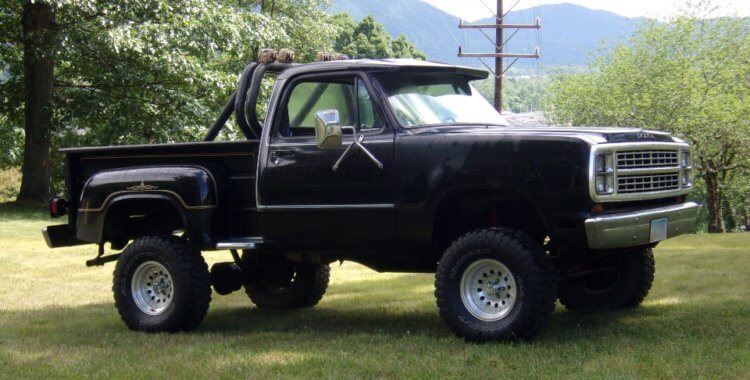 1979 Dodge Warlock I'd been trying to find a Warlock for years, every time I found one and contacted the seller it would already be sold. I finally found one close to me, hurriedly got in touch with the seller, went to look at it and handed him cash. The truck had a 360 that wasn't running, the right fender and front bumper were damaged, both front floors needed replaced, someone had stolen the seats out of it. So, I've been working on it for a little while now, got the 360 running (unhooked ground wire was all it ... read more >> 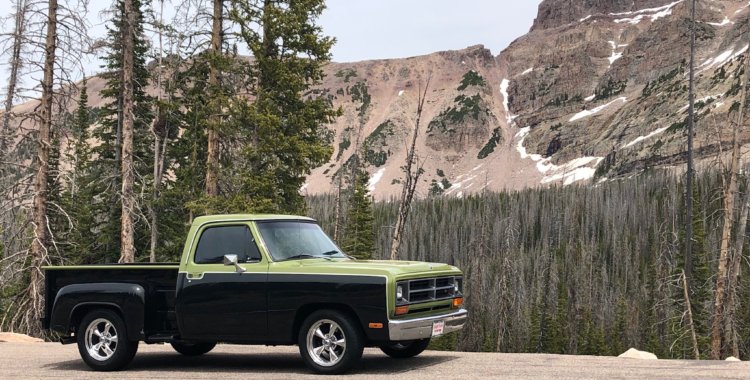 Back To It’s Glory A fellow employee's husband purchased the truck new in 82. The BASIC options were a slant 6 with an automatic, PS and power brakes. At later date we used a 318 and installed till I took ownership of the tired truck in late 2018. Thinking I would just sell the truck and having that chance fall through. I decided to rebuild it and that’s when it all broke loose. Truck had to be taken all the way down with floor boards being replaced as well as a section of the roof cause of rust. Luckily ... read more >> 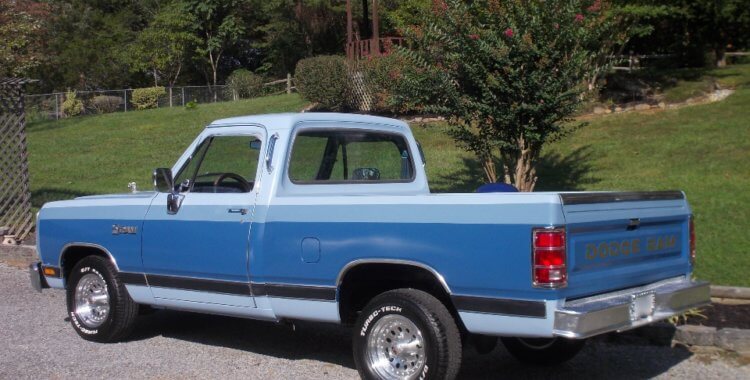 1986 Dodge D-100 Restored Back to Life I purchased this ole truck in 2016 for $700.00. It was a total mess. The motor was locked up and had a bad transmission in it so, I decided to start from the ground up in doing a complete restoration. It has been a real work in progress from day one. I am so glad I could get the parts I needed from LMC. Everything has been replaced except the front and back bumper which I left to remind me of what the ole truck was like before I started... It was ... read more >> 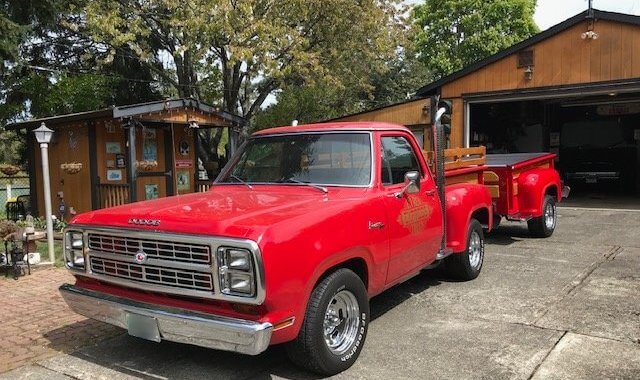 1979 DODGE LITTLE RED EXPRESS TRUCK Mine has been a long outstanding love story ever since these trucks first came into production and I tried to get my Dad to sell me one new from a Mopar dealership where he was a salesman. It was not to be at that time as he convinced me that it was not a practical truck. However I never lost interest in them. Finally about 6 years ago an opportunity to full fill my dream came up and I bought one that only needed minor cosmetic work to bring it up to my ... read more >>