That’s mostly the first question asked when someone approaches our truck. So, why Shell? Well, my father in law retired from Shell Oil. He also passed away in 2019. After that, my wife and I decided to do a tribute truck in his honor instead of building just another hot rod truck. After many paint scheme mock ups, we found how it would look. We did a model of what we wanted. Two years after getting the project started, we finished almost exactly on the starting date two years later. I think my wife’s father would have been proud. 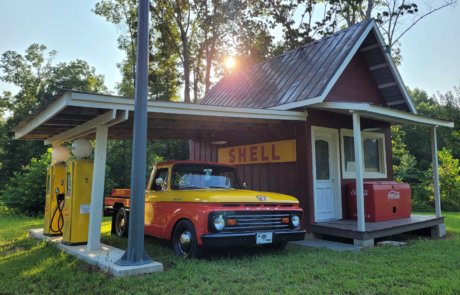