One Piece at a Time

I call this truck my Johnny Cash Truck after the song One Piece at a Time because that was how it was built.  I have been building and restoring cars and trucks most of my life.  About four years ago, me and my wife adopted my Grandson he was four years old at the time and he had a lot of struggles in his life.  We found out that he was Autistic, so I found this truck and we started to restore it together.  My grandson enjoyed helping me with the truck as we took it all apart down to the frame.

We cut the front frame and added a 1979 Cordoba front end so that we could have the benefits of disc brakes. We took the rear differential out and put in a Ford nine-inch differential. The power train we put in the truck is a 350 Chevy Engine with a Turbo 350 Automatic Transmission.  The engine that was in the truck had a hole in the block so that engine would not work.  And when you star rebuilding and restoring trucks back to Show Car quality you can put a lot of money into them.  I had a new 350 Chevy block and a transmission so it made it easy to decide what to put in the truck.  Not only that, but we did not have to do anything with the motor mounts it fit like a glove.  We stripped the truck down to the frame, built all new brake lines, fuel lines, sand blasted the frame and painted it.  Now its time to start putting everything back on the frame, we rebuilt the front end new ball joints, tie rod ends shocks and steering box.  I wanted to have a tilt steering column and I had one out of a 1979 Cadillac.  After a little bit of custom fabrication work, it fit and worked great.

During the whole build of this truck my grandson is learning a lot about trucks, at least as much as a four year old can. The rebuild of this truck took about four years.  He now can get you any wrench, socket, nut, bolt, and screwdriver you can ask for  He has learned a lot while we have been building this truck. He has his struggles as well.  We found out that he is Autistic, but he is doing better and better all the time, you might say one day at a time.

So now the frame is done, complete with the engine, transmission, and tires.  It is ready to put body parts back on. This truck, at one time, was a Westinghouse delivery truck and to put it mildly the bed was in BAD shape.  Someone tried to do some body work on the bed and made a mess out of it so I had to replace the front bed panel and the tailgate. After finishing the bodywork on the bed, cab, and all the fenders, I painted the engine compartment and the backside of the fenders before we fit everything on the truck. We then took the truck apart again and painted it in pieces, the colors on the truck are Kodiak Brown and its trimmed in Pale Adobe Metallic.

After four years, and a lot of hard work, and a lot of custom work, the truck is completed. During the whole time me and my grandson have been building this truck, all of my friends and my wife have been asking if I was going to take it to the car shows because I have other show trucks and we used to go to all the big car shows.  I kept telling everyone it was not going to be a car show because we built the truck to enjoy.  Even though it was built to show car quality, I did not want to take it to the car shows.  But after everyone giving me such a bad time, telling me that people deserved to see this truck, I decided we would take it to one car show and that was it.  We entered it in the big show they have here in Elko, Nevada.  It won Best in Class, and the Mayors Award out of three hundred cars and trucks.  It made my grandson very happy. 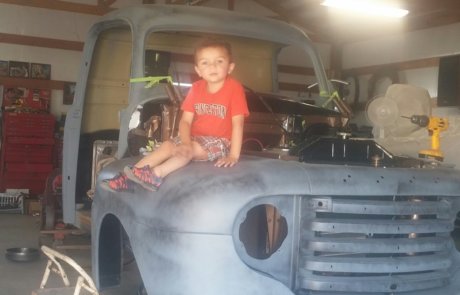 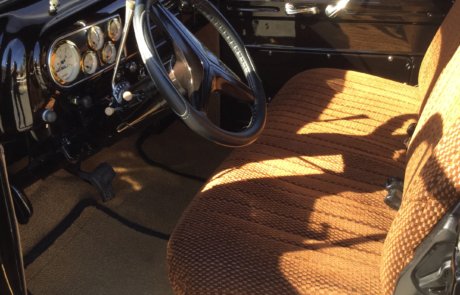 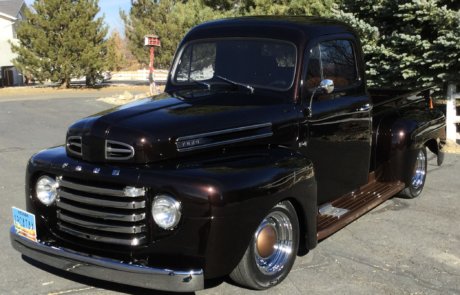 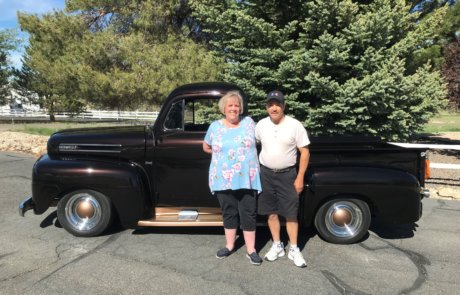