In August 1980, I purchased a 1969 Ford F100 Ranger that had previously been owned by a North Carolina gentleman having the surname of Hamby. The truck was purchased from the owner of Frank’s Used Cars in Beckley, WV, who had bought it in North Carolina and brought it to West Virginia. At the same time, my mother-in-law was looking for a nice car, and, as a package deal, we bought a, also later to be restored, 1970 Ford Mustang for her.

Because the truck held so many family memories, (mostly good) I was reluctant to part with it. Among the many memories, believing an individual can’t really drive unless they can handle a standard transmission, I insisted that each of our four children learn to drive in this truck. It had a 390 V8 engine and “three on a tree” (as the kids say) standard transmission.

We had another vehicle, but I drove the kids to school in the truck – five across the bench seat!
Being two-wheel drive, when roads were slick, the boys would sometimes climb in the truck’s bed to give it more traction going up a hill.

One beautiful early spring morning, the boys and I drove to Charlotte to buy a Hobie Cat sailboat. On the way, without warning, we hit totally invisible severe black ice on the I-77 bridge that passes over the Bluestone River near Beckley, WV. Fortunately, except for a very minor scrape as we brushed one of the three-foot cement barriers that protect vehicles from falling into the river 238 feet below.  I somehow managed to keep the spinning truck from crashing into (or possibly going over) those barriers as it went from one side of the divided four lane highway to the other. The tires squealed as we finally hit dry pavement on the other side of the bridge. Several vehicles were not so fortunate and there were several wrecks. I recall seeing a new Corvette in the north bound lanes that had hit one of the barriers head on.

Thankfully, we made it to Charlotte and bought the Hobie. However, the trip home was unfortunately also not uneventful. Just past dark, from out of nowhere, on the way home in the mountains of WV we ran into a heavy snowstorm. Visibility was so poor our oldest son had to hold a “makeshift”, plug into the cigarette lighter, trouble light out of the side window to assist me in seeing the road edge. If it were at all possible not to do so, stopping was not an option. It goes without saying that I was thankful we made it home safely that night.

Among other chores, the truck was often used for general hauling, camping trips, to carry a canoe, sailboat, kayaks, and to haul a horse trailer.

After many years of service and having just over 103,000 actual miles on the odometer, (not bad for a ‘69) it had, for the most part, completed its useful “life” so it was generally left idle. But, after 50 years we made the decision to have it restored.

As a result of all this, rational or not, a considerable nostalgia factor had developed. Taking this into account, it seemed a shame to simply get rid of the vehicle. Two of our four now adult children currently live within an hour’s drive from our home and the other two live in different states.

Thinking about the situation, I proposed an offer to those two nearby. Basically, I would donate the truck and pay one third of any costs for a frame up chassis and total mechanical restoration. This process ended up taking the better part of a year and the following narrative and pictures represent an account of these efforts.

The following details represent the many hours of work and planning contributed by our two sons. To be fair, I believe both would agree their efforts and sweat equity were somewhat lopsided. While each were involved, and both did a lot of work, perhaps the oldest son John did measurably more than younger son Jeff. Even their children were involved on occasion. And now, to be completely fair, the old man (that would be me) did little to nothing in the actual work department. I rationalize this by telling them it will all work out in the long run because, based on actuarial tables, they will have the truck to use and enjoy much longer than I. Having said that, here is a list of some of the work that they completed. 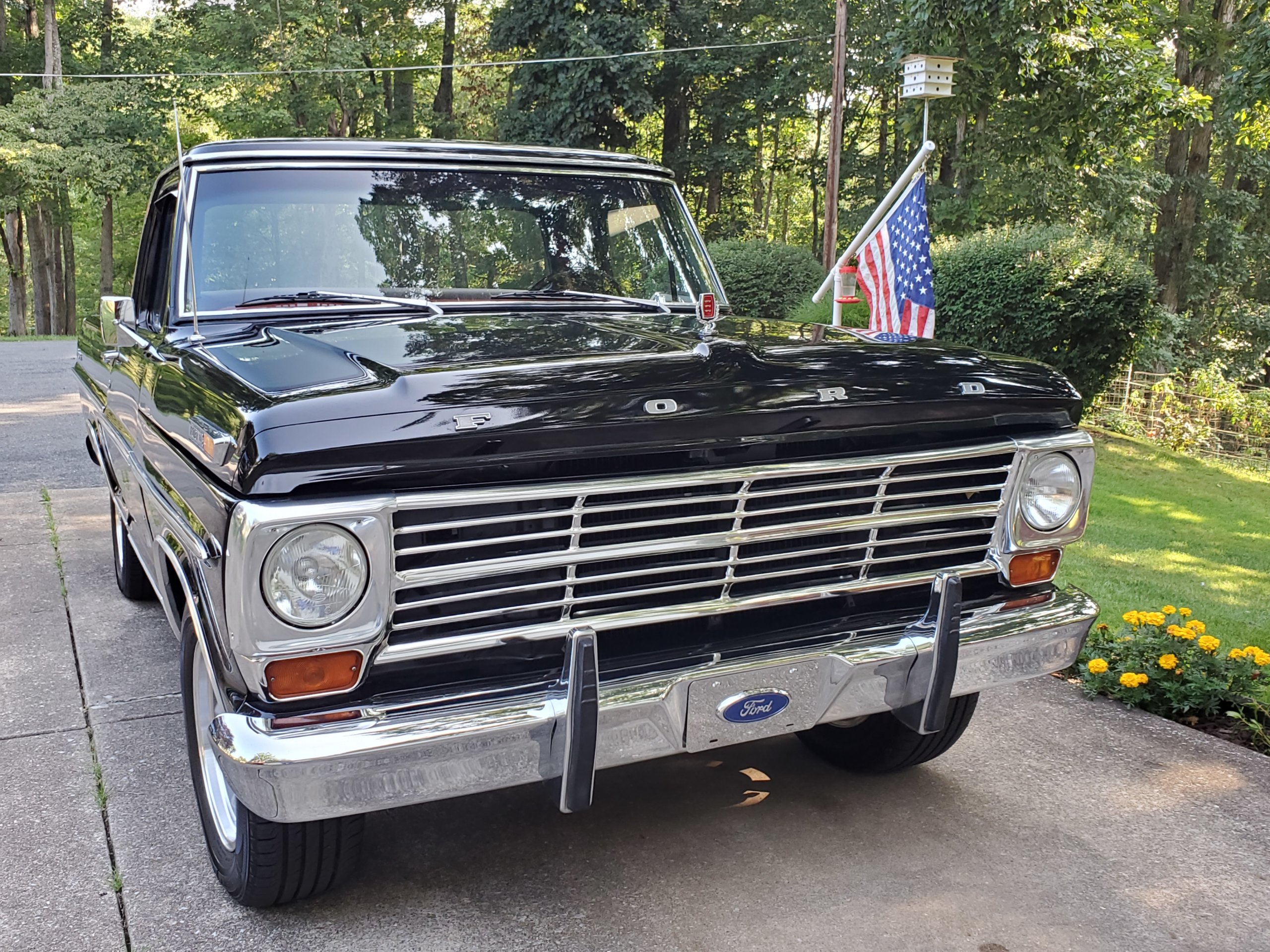 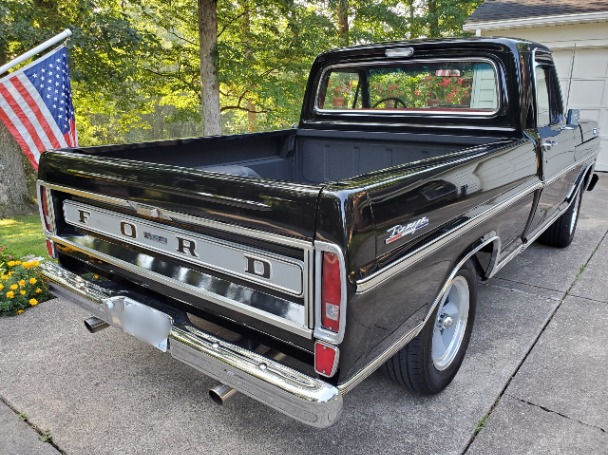 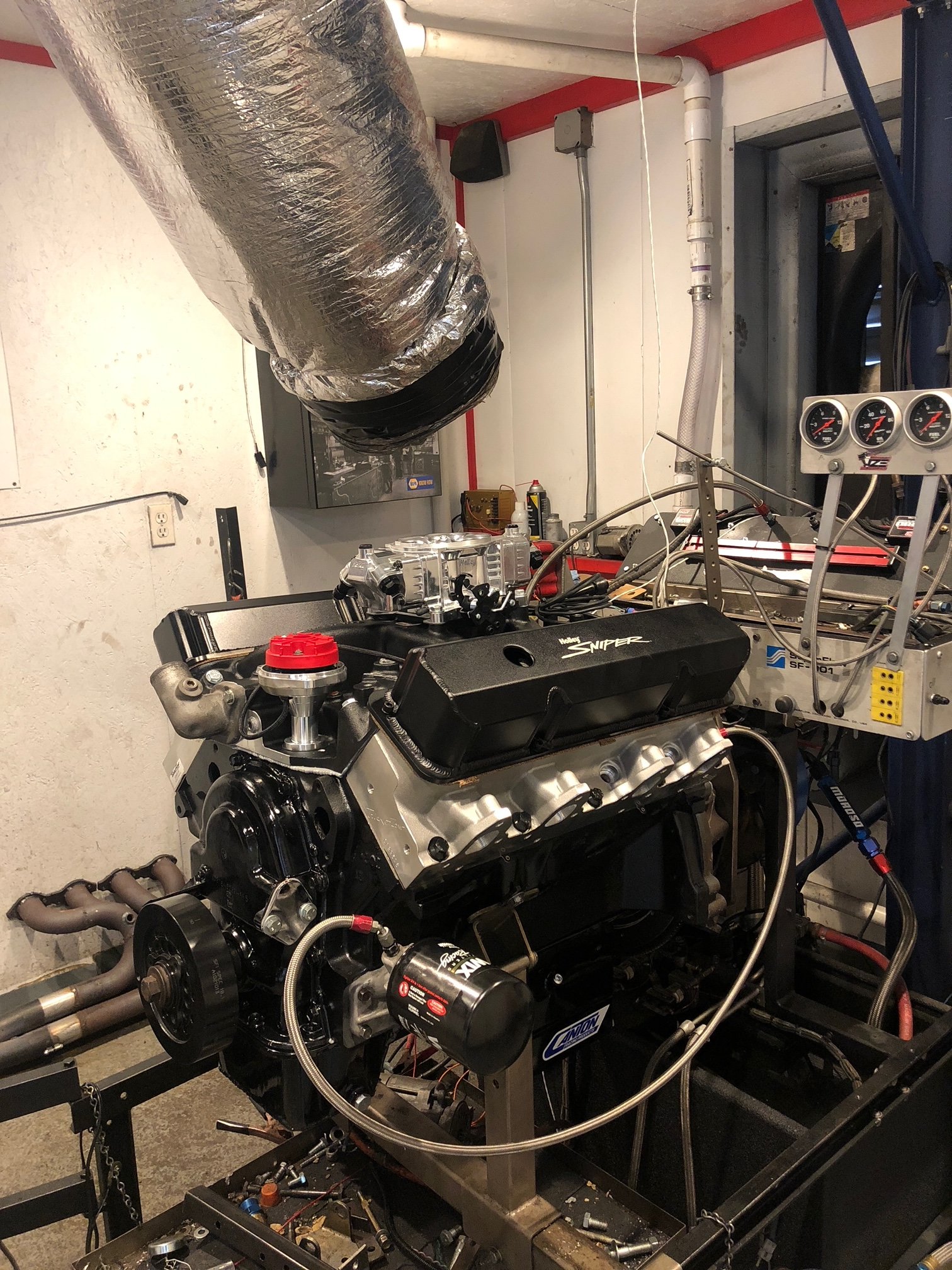 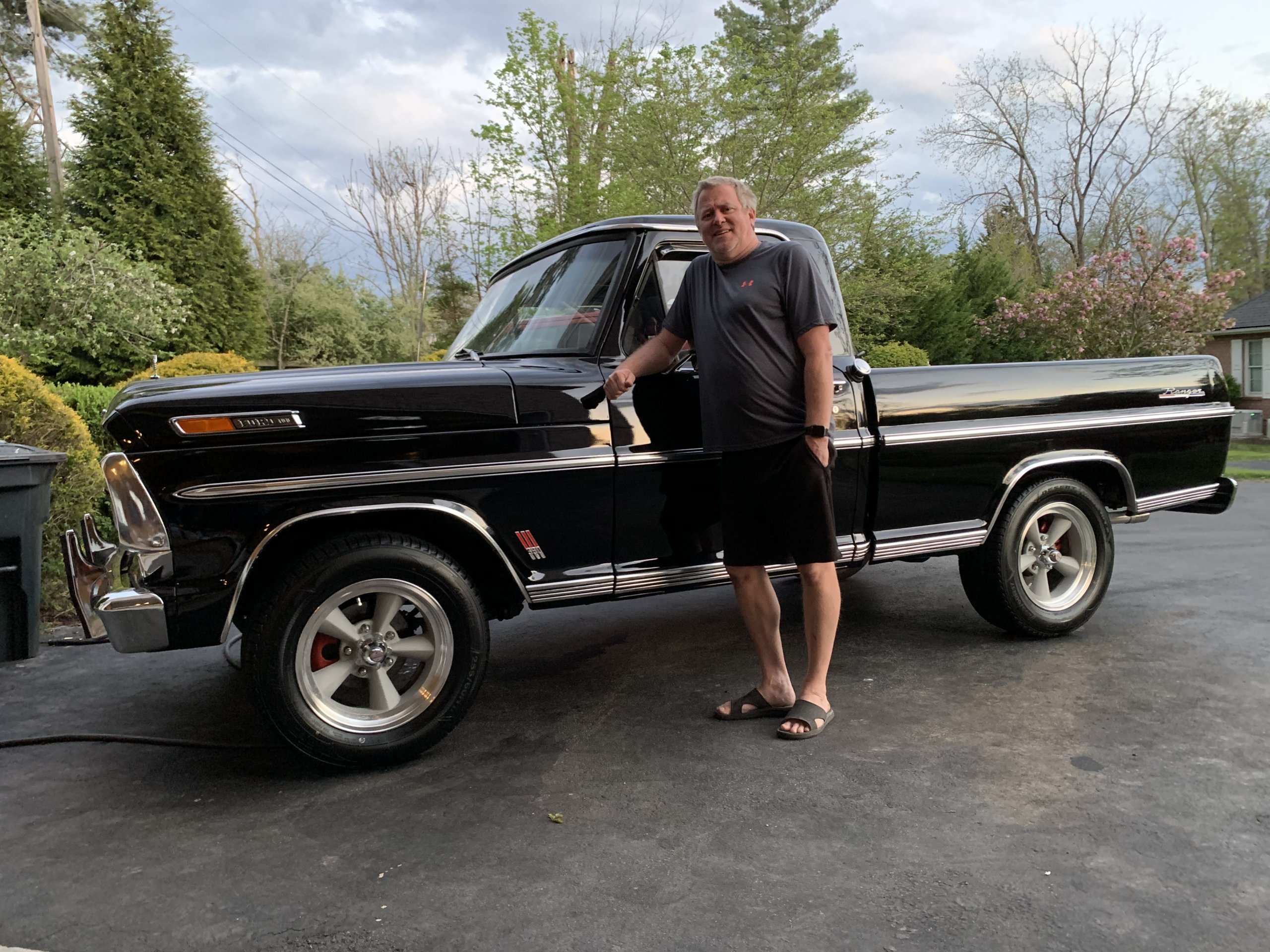 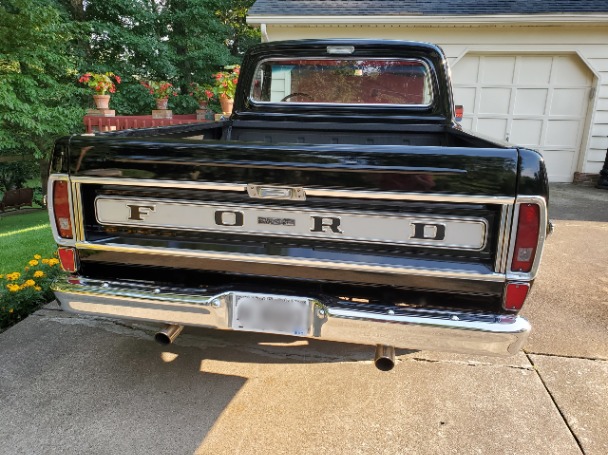 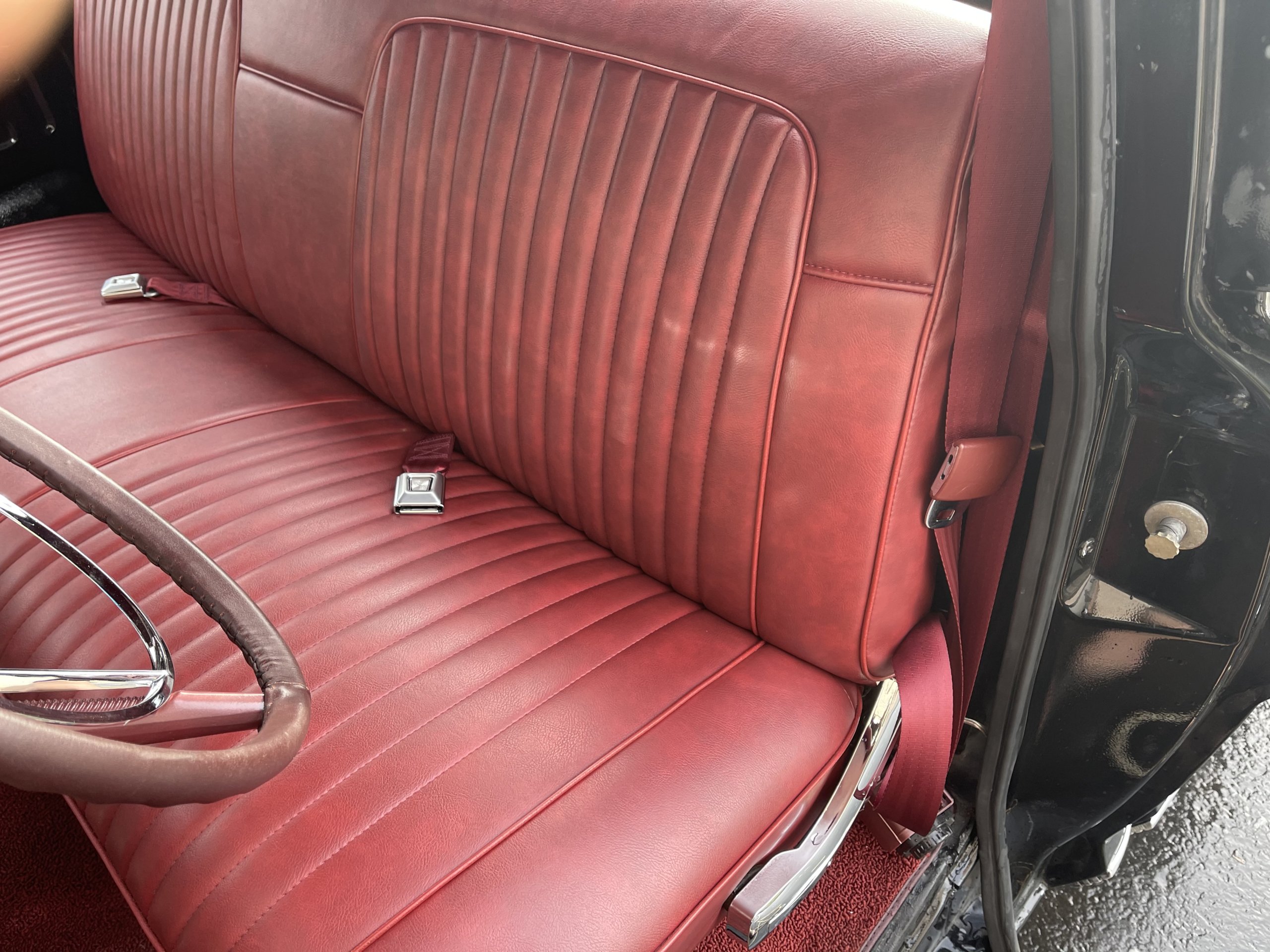