When my son was 12, he decided he wanted to fix and flip lawnmowers in order to purchase a 1958 Allis-Chalmers CA tractor.  He bought all of the mowers and parts needed with his own money, and bought this tractor with his profits.  He also bought a few things to get it started (new battery and fuel bowl).

On March 17 2019, that is when schools were closed, Kameron tilled up a small plot for his popcorn plot, which did great.  He has plans for a bigger plot for next year.  While being “homeschooled” during this school closer, he has been working on some mowers to get them ready to sell. He had worked on about 7 mowers. He purchased a 1966, JD 110 round fender that he has turned into a pulling tractor with a 16Hp engine. There is never a dull moment at this house even what is going on in the world. But I love my craziness.

Now fast forward to August 2021, he located the owner of the 1966 Chevy C-10 and with a little bartering and trading of his CA tractor, he was able to get the 1966 Chevy C-10. The truck runs, and it has a 327 corvette engine.  It needs a few minor things to get it road ready, but this is his pride and joy.

This kid has done so much and is only 14.  He has more drive and determination than anyone I know. He amazes a lot of older adults with his knowledge and his interests.  He’s such a fun kid to be around. 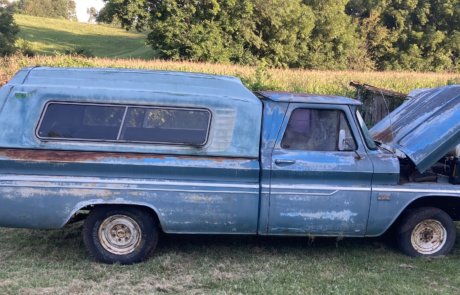 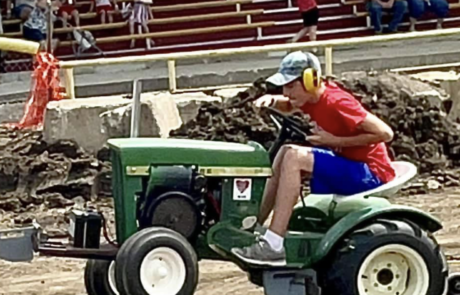