It all started the year I turned 16, in 1985. Now when you reach that most important time of your life and living in rural Alberta, Canada, you go look for a truck. Since nothing could park in the yard other than a Ford (Dad’s rule), I soon bought a green and white 1979 F-150 automatic 302. I was king of the road. 30 some years later while picking up a tractor my dad bought, I couldn’t believe it, there was my dream truck. It was a 1979 F-150 with a 460, parked in the corner. I asked the family if she was for sale and they said “maybe”. I told them “don’t forget me if you decide to let her go”.

3 years later I got the call, and she was mine. This truck was in excellent mechanical condition, with the only problem being wheel well rust. I could not fix it, nor could I find anyone interesting in doing so. The end gate was like new, so I just needed to find a box. It took me years phoning all over North America, and as luck would have it, a friend of mine found one in a neighbor’s shed, 20 years old new. He had many old Fords he could have used it on so I will never forget it, nor be able to repay him for that gesture. Now I could finally give the truck the love she deserved. The only problem was my wife said that the basement of the house needed to be finished before the truck, so for the next little while, I was a carpenter.

With the help of LMC for all the factory correct parts, a few little extras along the way, and a professional painter just down the road, we freshened up the original color. I never even had to clean the cab. Under the hood we gave her a set of LMC Hedman Hedders equipped with a pair of Glasspack mufflers. I also replaced the factory intake, with an Edelbrock performer intake manifold.

p.s. the LMC truck catalog is now my Christmas go-to. 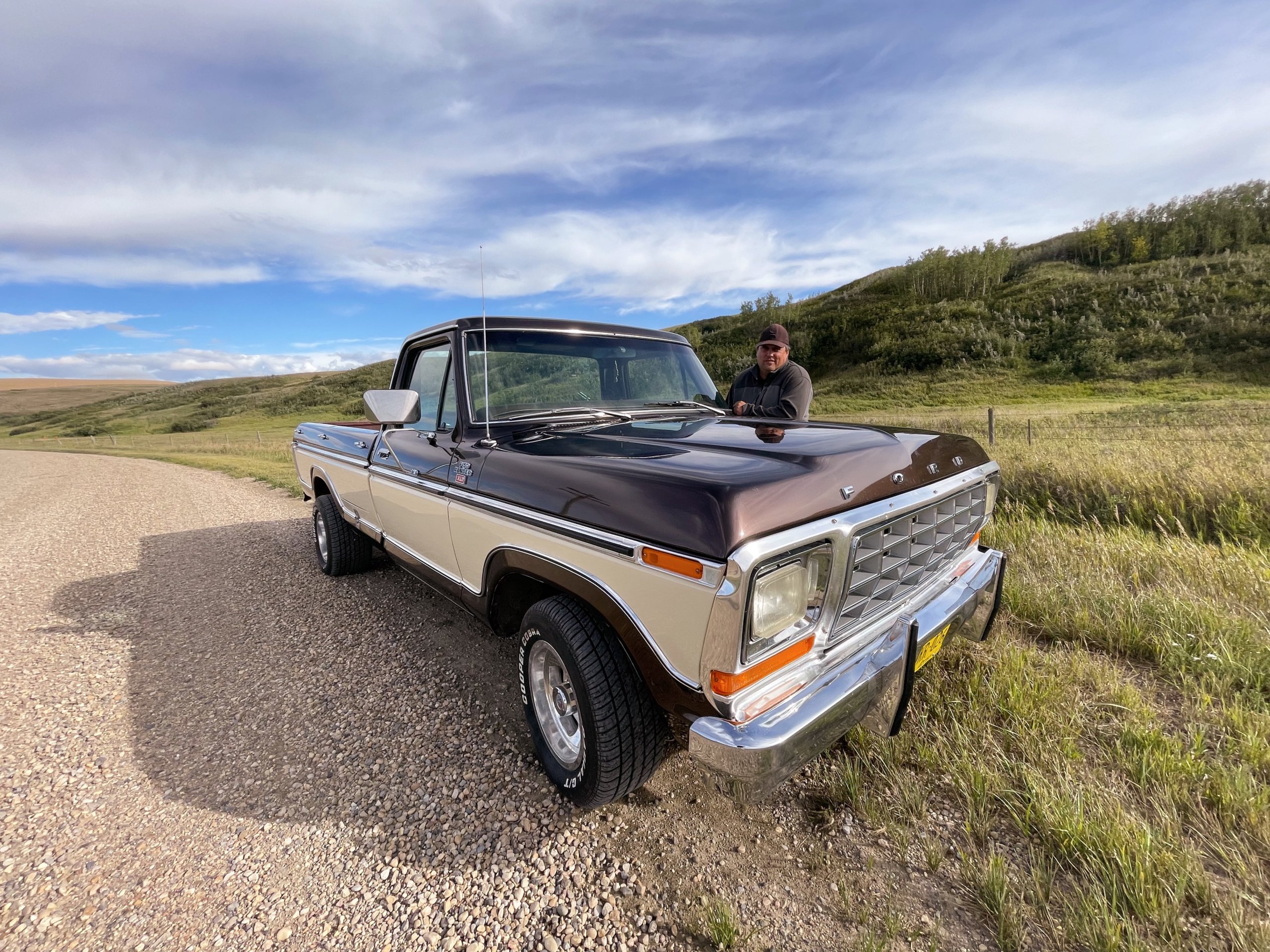 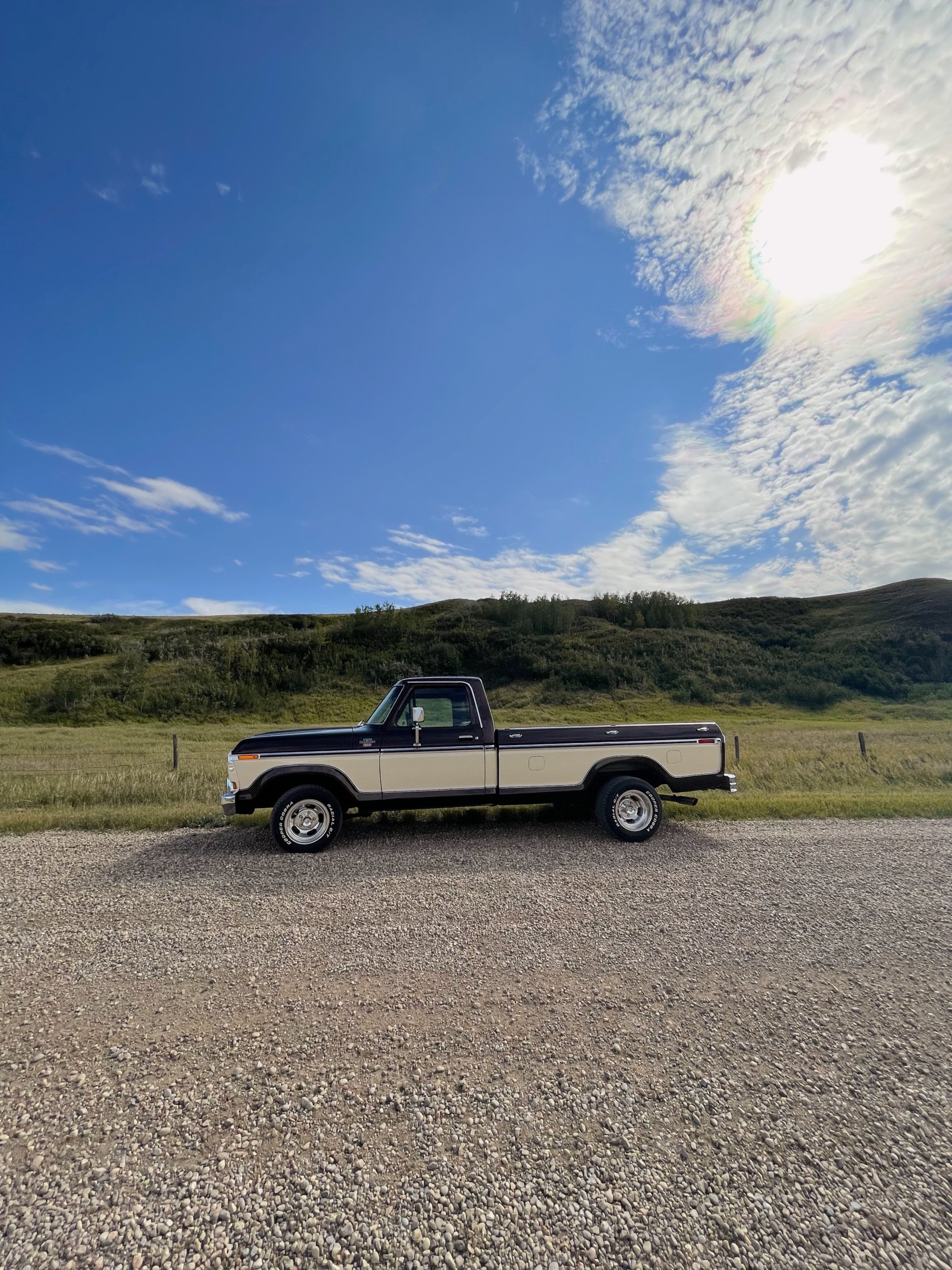 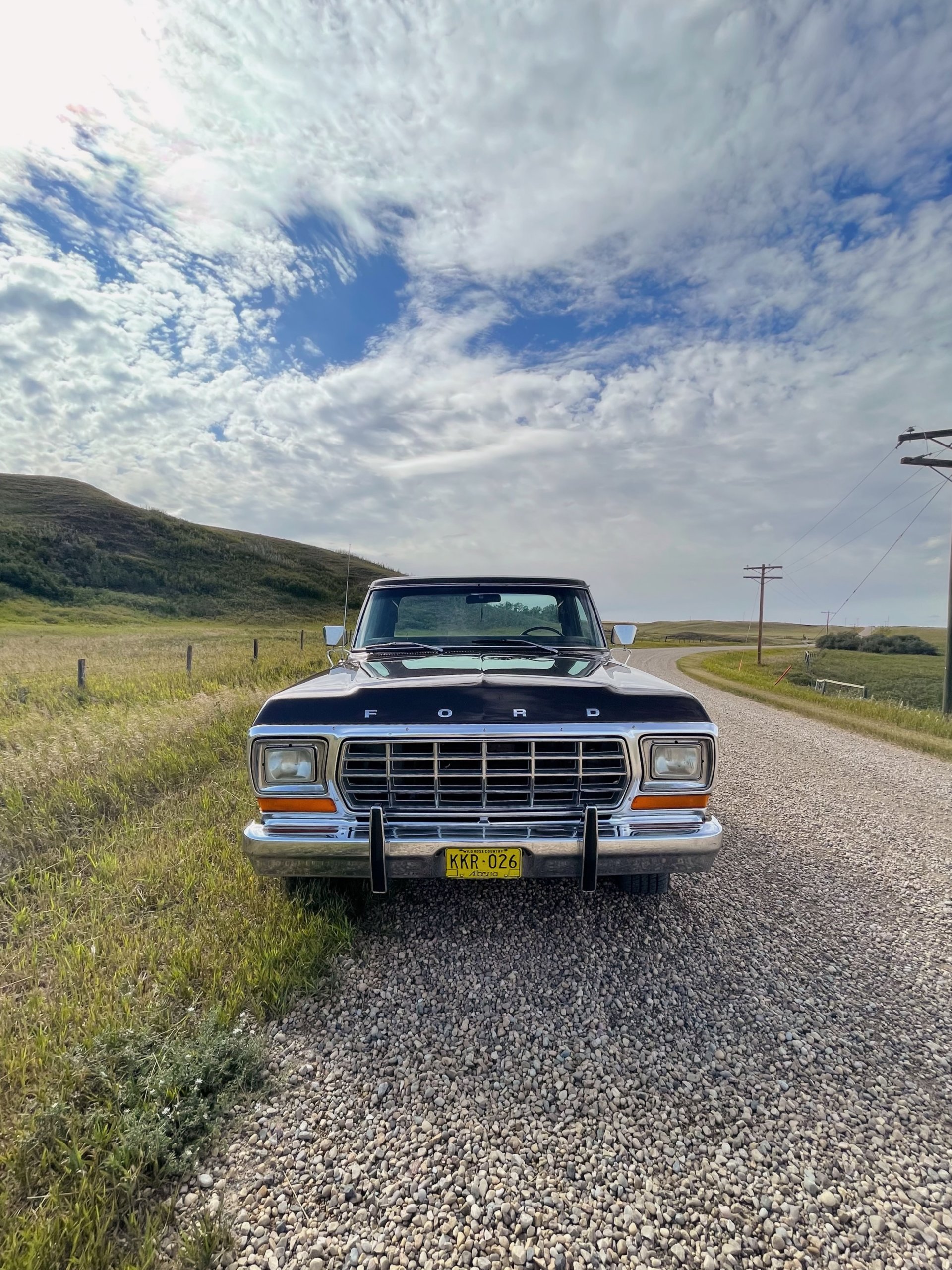 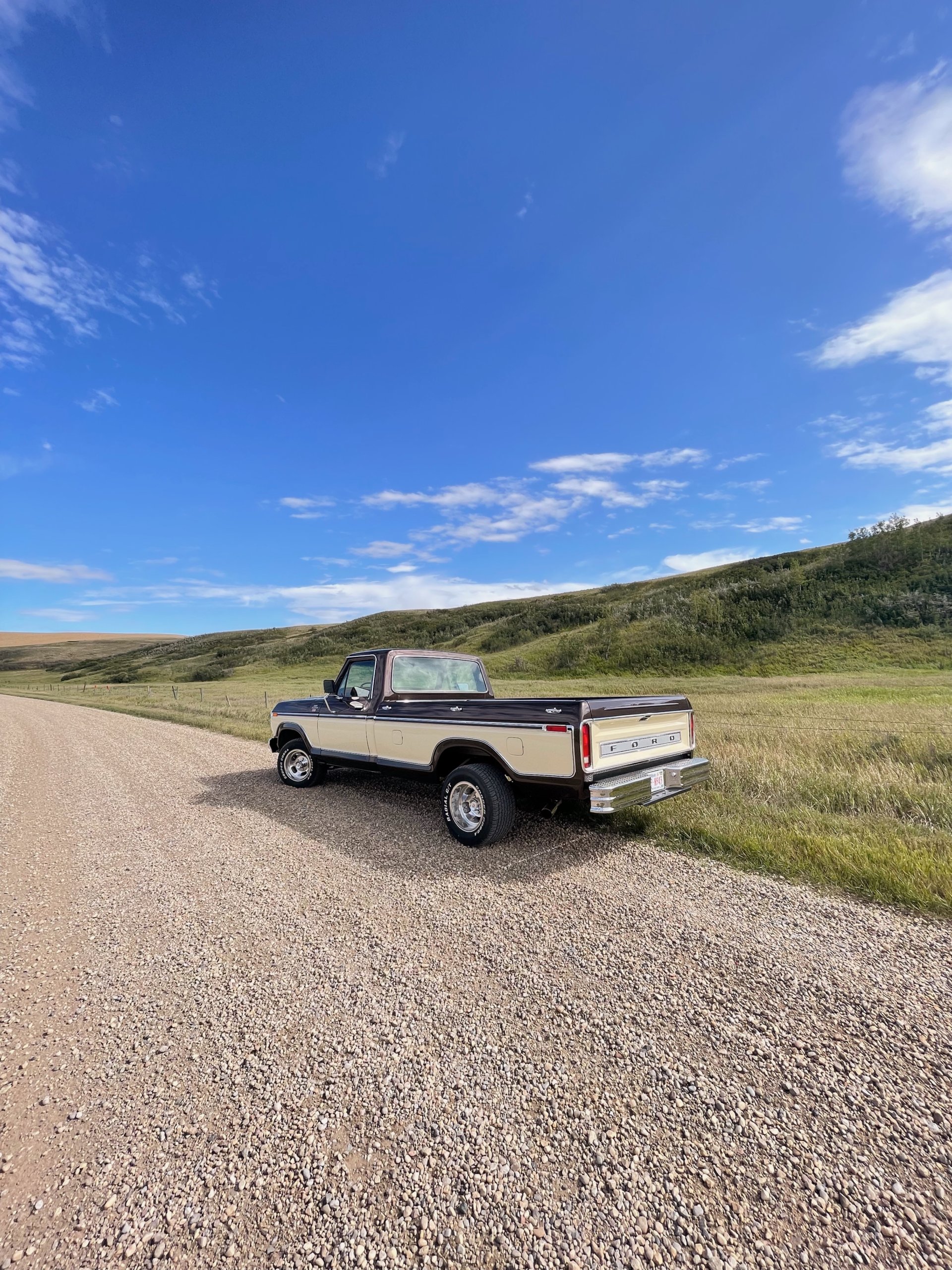 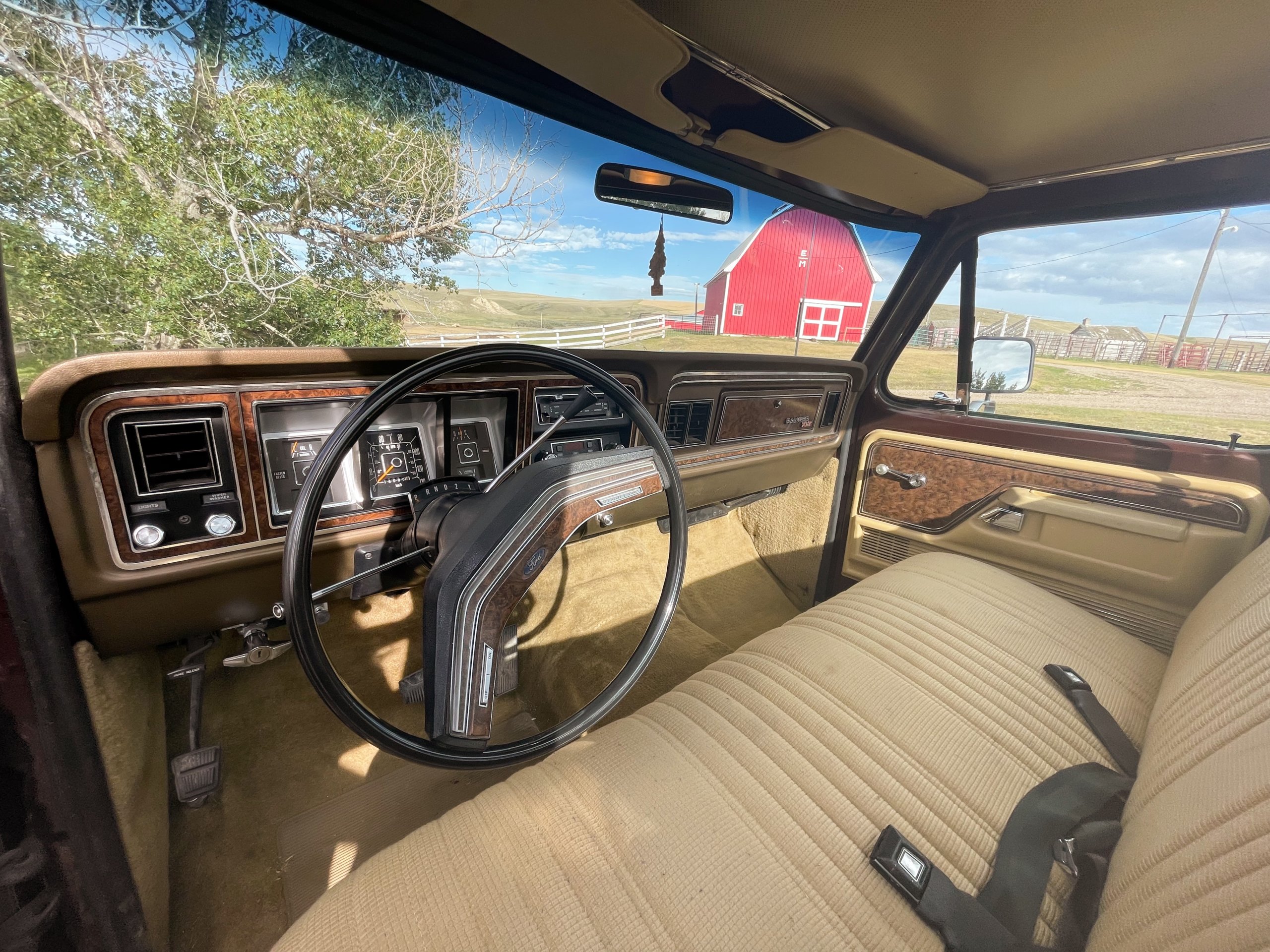