My truck was bought new by my late father William C. back in 1977. He used it as a farm truck until the early nineties when he became unable to drive. It was then given to my older brother Billy. He had the truck painted blue. My brother had to rebuild the 302 c.i. engine (bored .060 with an RV cam), along with the transmission. Billy installed a 4 barrel carburetor and added stock Ford chrome rims, which look really sharp. He placed wider tires on all 4 rims to give it a wider stance. My brother sold the truck to me in 2009. I have added Hooker headers with Flowmaster 44 series mufflers. The truck has been repainted a Ford ruby red metallic tinted clear coat with all new chrome and a LMC chrome front bumper with fog lights. The dash pad and instrument bezels have been replaced, including a new chrome steering wheel. We replaced the ’77 stock bench seat with a seat from a 1996 Ford F150 and had it reupholstered. I just recently had the Rhino bed liner recovered and added a retractable tonneau cover. The truck really is a great truck to drive and really is an eye catcher. My father would be so proud of his truck today, but he would of course have one complaint. I can really imagine him saying that the truck is just too loud and fast. 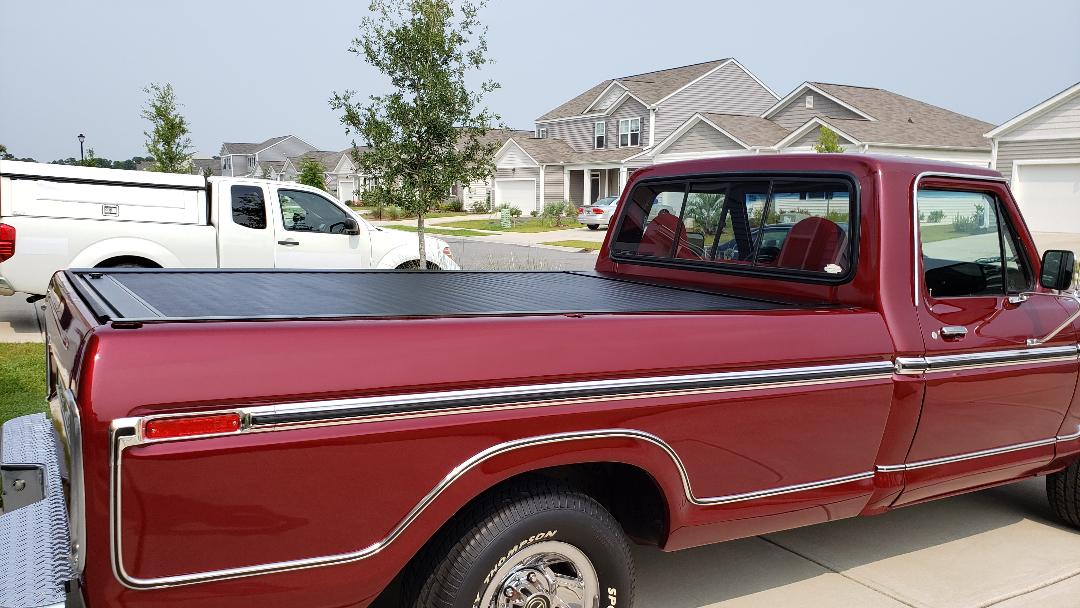 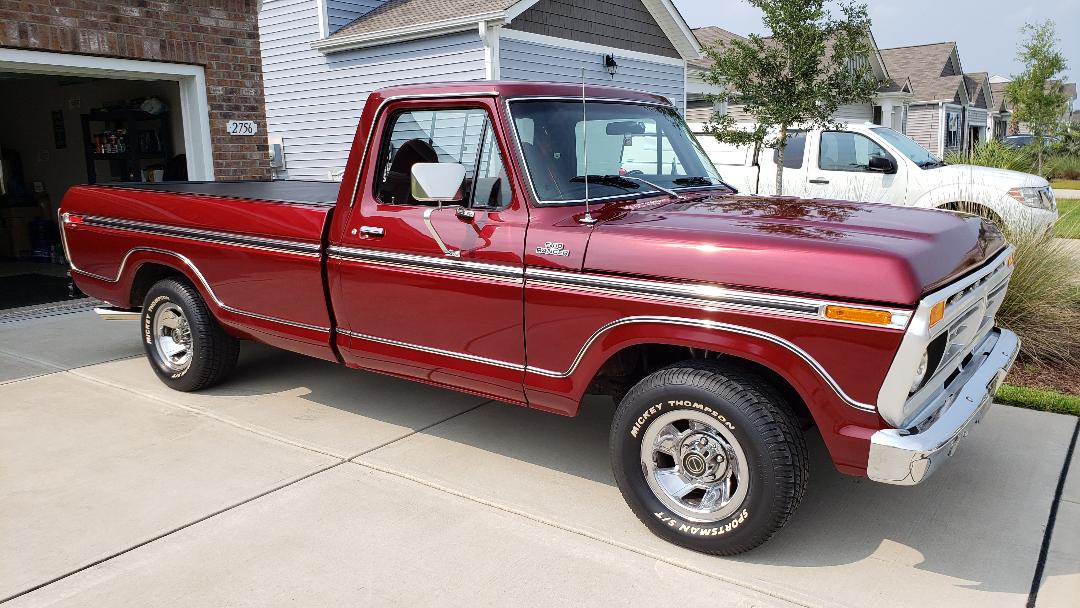