This 3/4 ton, 4 speed, 4×4 GMC Suburban was 1 of 10 special orders by Atomic Energy of Canada in 1969. It was used to collect samples from the bush around the Atomic Energy plant in Pinawa, Manitoba, Canada. These samples were then tested for radiation and it held this role until the 1990’s when it was sold to a civilian. The Suburban was ordered in a fleet yellow that is unlike any other GM yellow and another unique option is code 9939AA “additional electric horns”, which presumably were to scare off bears and moose while driving through the Canadian bush. We found it in a cow barn in 2017 and with some coaxing, were able to limp it home under its own power. We put a new intake, carb, ignition and tires on it and daily drove it for the next 3 years.

During 2019, I attended welding school and used the Suburban for my required project hours. I used their CNC plasma table, welders and benders to build a heavy duty winch front bumper, rear bumper and roof rack. Then Covid shut our business down and we spent the next year restoring the rusty and banged up Suburban. The body was lifted off the frame and braces were added to keep it from twisting when the rusty metal was being cut out and replaced. During this process, a constant stream of boxes from LMC Truck arrived at our door. A new hood, fenders, inner fenders, cowl, firewall, dash panel, floor and rear patch panels were all bolted, spot welded or seam welded on. The more I dug into the Suburban, the more problems I found but eventually, all the cancer had been replaced with good metal.

Suburbans were shipped with a plywood bed in the back but I had always admired the hard wood beds of the pick up trucks and decided to do the same with my GMC. A top end hard wood bed kit and polished stainless dividers were ordered from LMC Truck. I was disappointed to find that the Suburban inner wheel well is very different from a pick up truck wheel well so the outer boards would not fit. A local wooodworker was able to take one of the LMC Truck sourced oak boards and match it with custom milled boards for my Suburban. Some other modifications such as removal of the spare tire well were necessary to complete the transformation but now the Suburban has a beautiful oak bed that is a hit with the local truck community.

Once all the rusty metal had been replaced, the bodywork could begin and my wife stepped in to assist with that. We have a friend who is a professional automotive painter and she would come by frequently to advise us on the bodywork. I did mostly just sanding because my wife and friend were in charge of getting all the panels and gaps looking great and ready for paint. Eventually, the Suburban was ready for paint and taken to a paint shop that specializes in semi trucks. Using the inside of the glove box door, which still contained a good sample of the original yellow, the shop was able to match the color in a paint that was formulated for semi trucks. The entire Suburban was painted inside and out with an epoxy primer/sealer and then sprayed with the yellow. It got a couple of coats of clear on the outside and is now painted to a higher quality than factory. While this was going on, we had the frame and suspension media blasted and coated in truck bedliner. The rear suspension was updated with an anti-wrap bar which prevents the leaf springs from twisting under load, provides better handling and prevents the 35″ tall tires from contacting the body.

We moved the Suburban back to our shop and began re-assembly. All the interior panels were covered in noise cancelling matting and we recovered the seats with kits purchased from LMC Truck. Items such as tail light lenses, trim and switches that suddenly didn’t look right attached to a vehicle with perfect paint, were replaced with new items from LMC. A new Painless wiring harness was installed and it could not have been easier to do. The basic gauge cluster that came in the Suburban, which had only a speedometer and fuel gauge, was deemed inappropriate for such a beautiful vehicle so an upgraded cluster with alternator, oil pressure and temperature gauges was sourced and installed. Right from the beginning of this project, I have recorded who spent how much time on what work and to go from rusty to trusty took over 900 hours of our time. We are immensely pleased and proud of the results but now have caught the resto-mod bug and want to sell this Suburban to finance another old project and do a similar restoration to this one. Thanks LMC Truck, we couldn’t have done it without you. 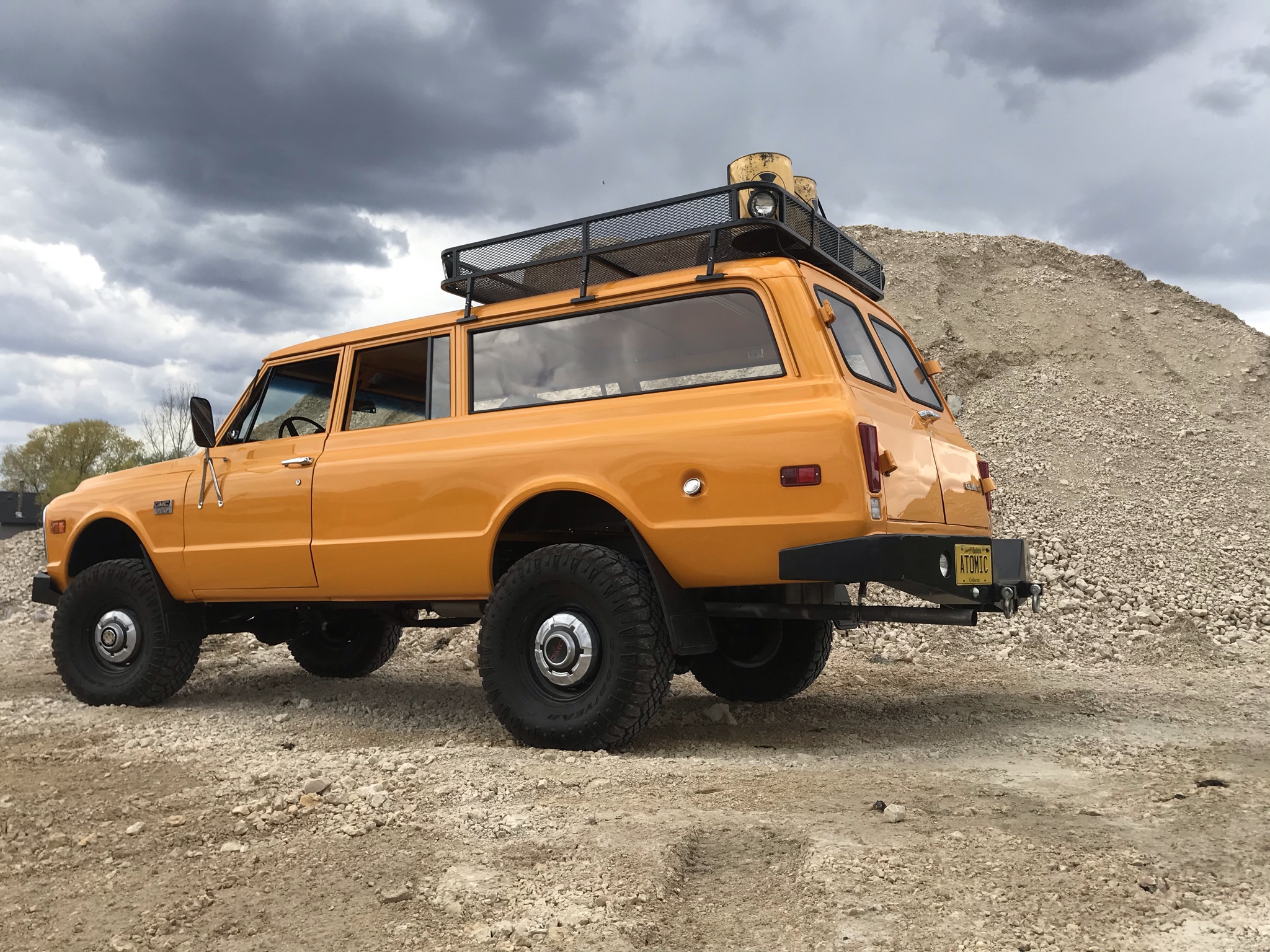 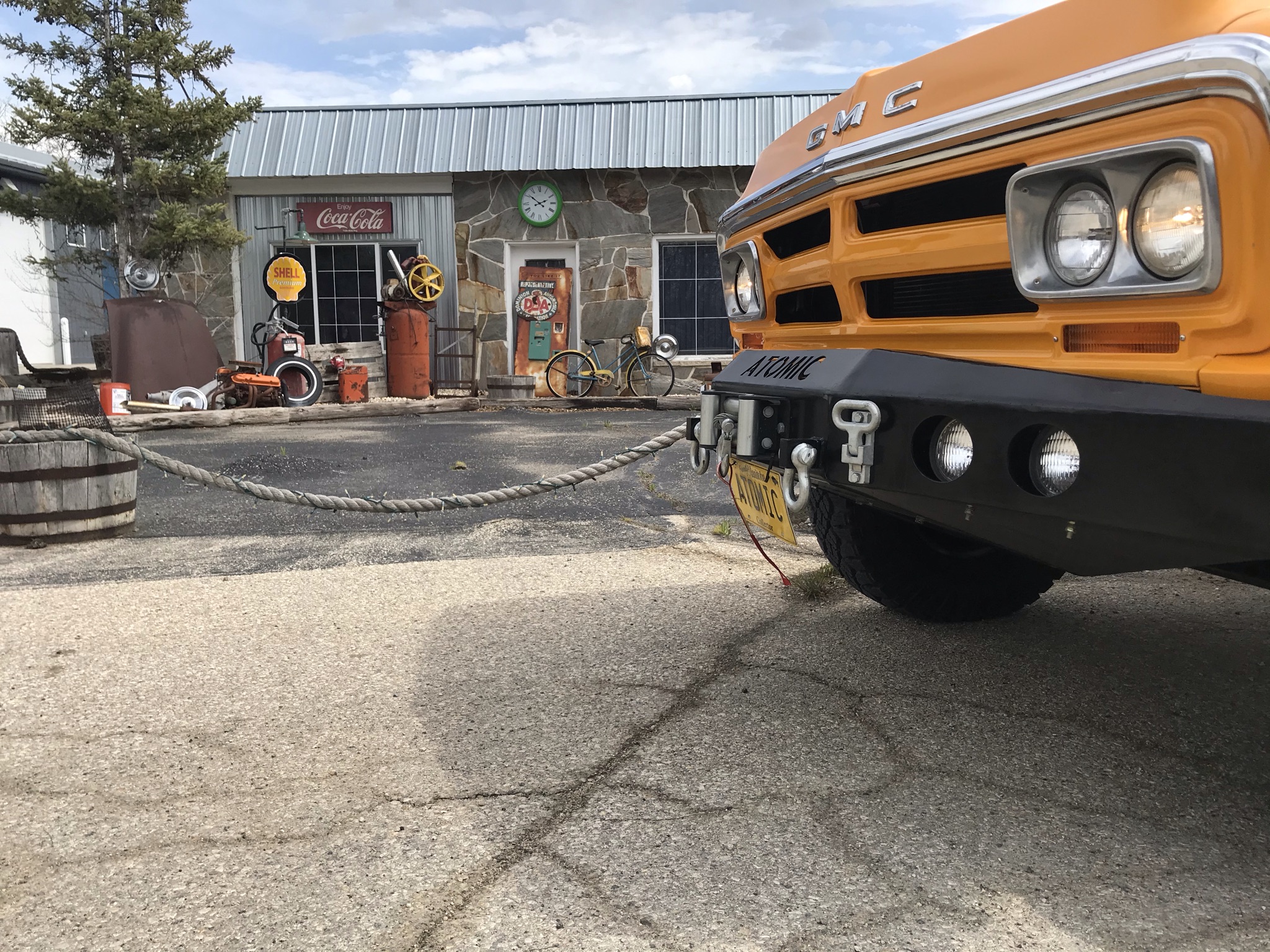 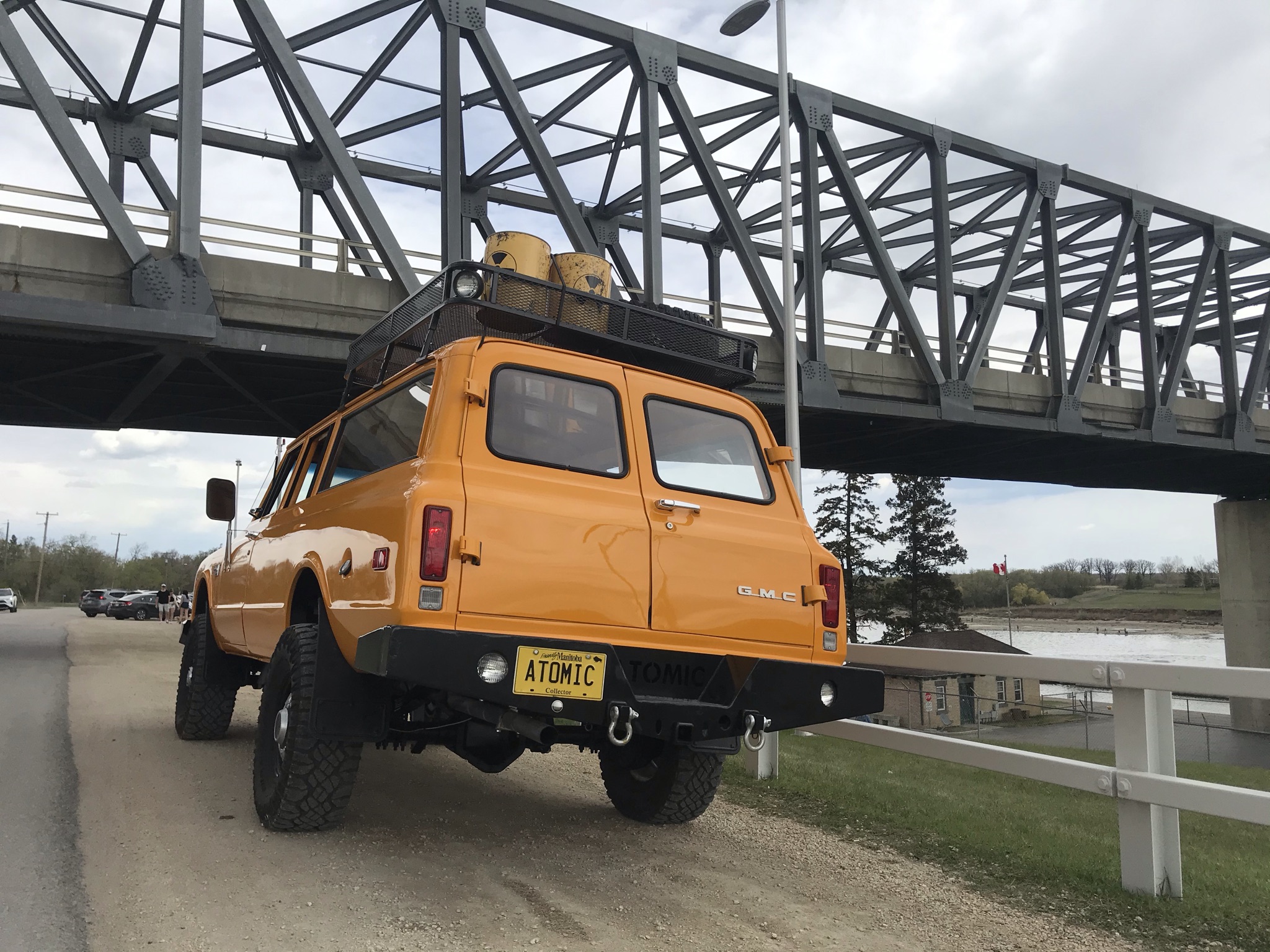 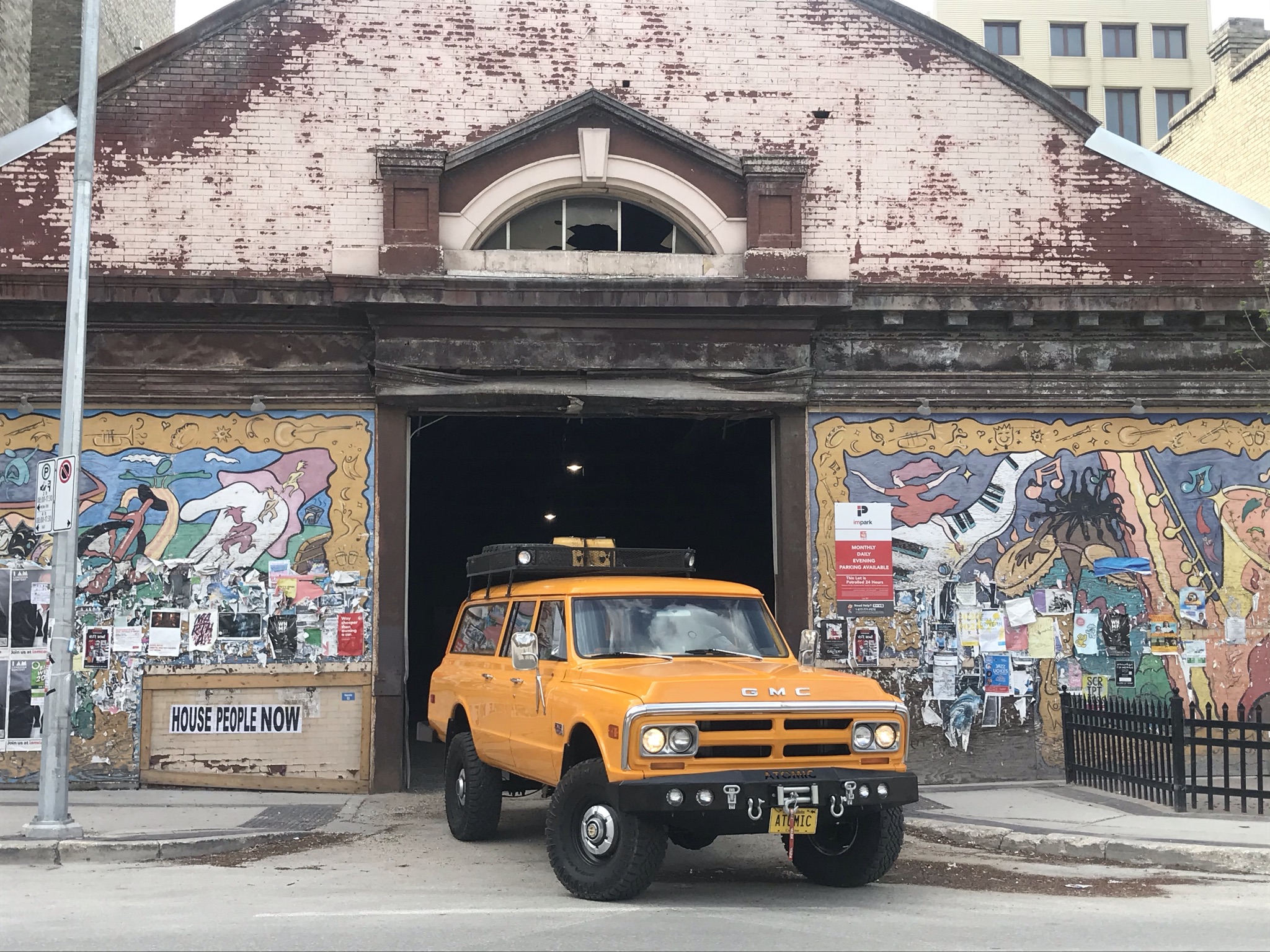 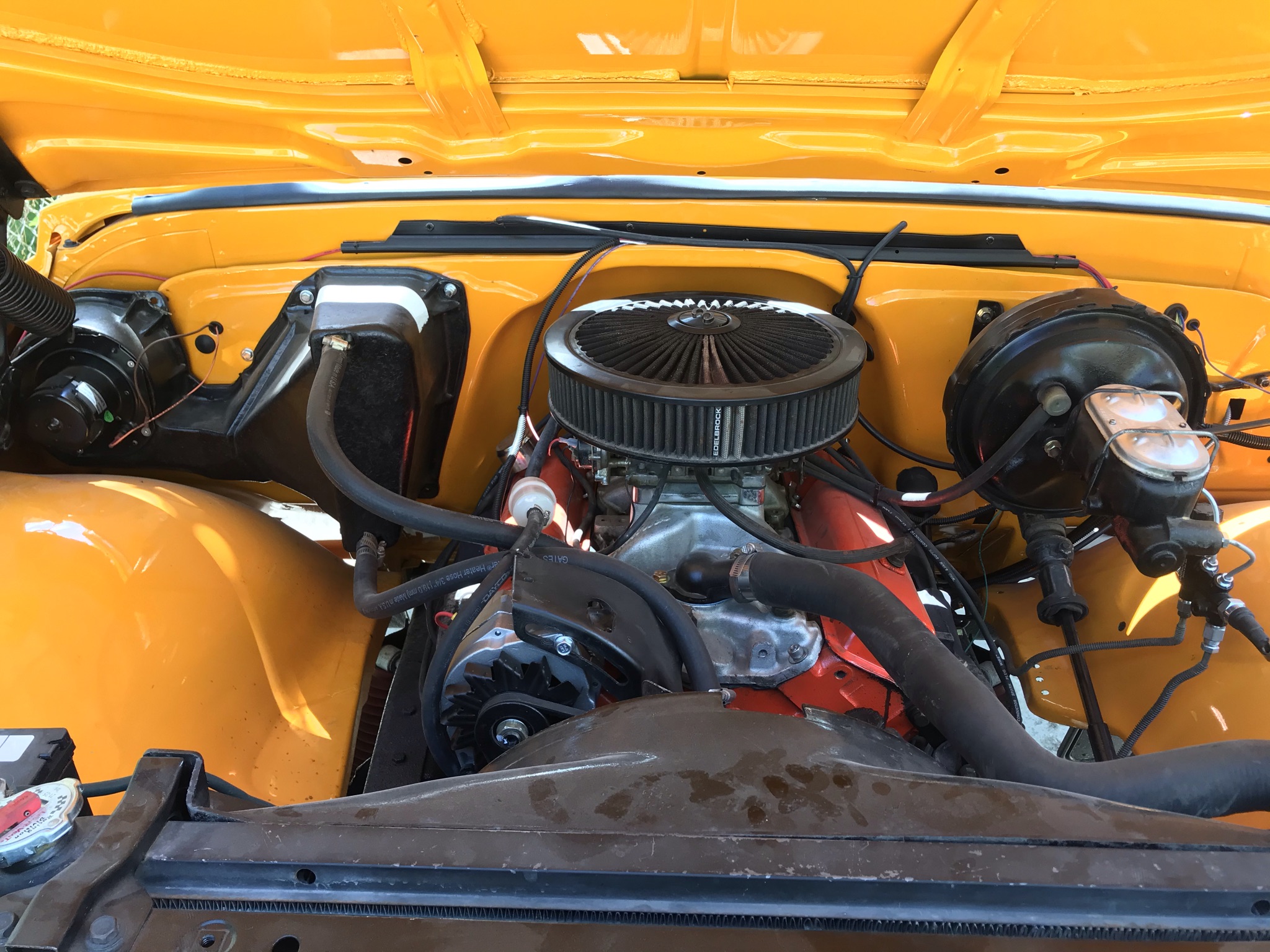 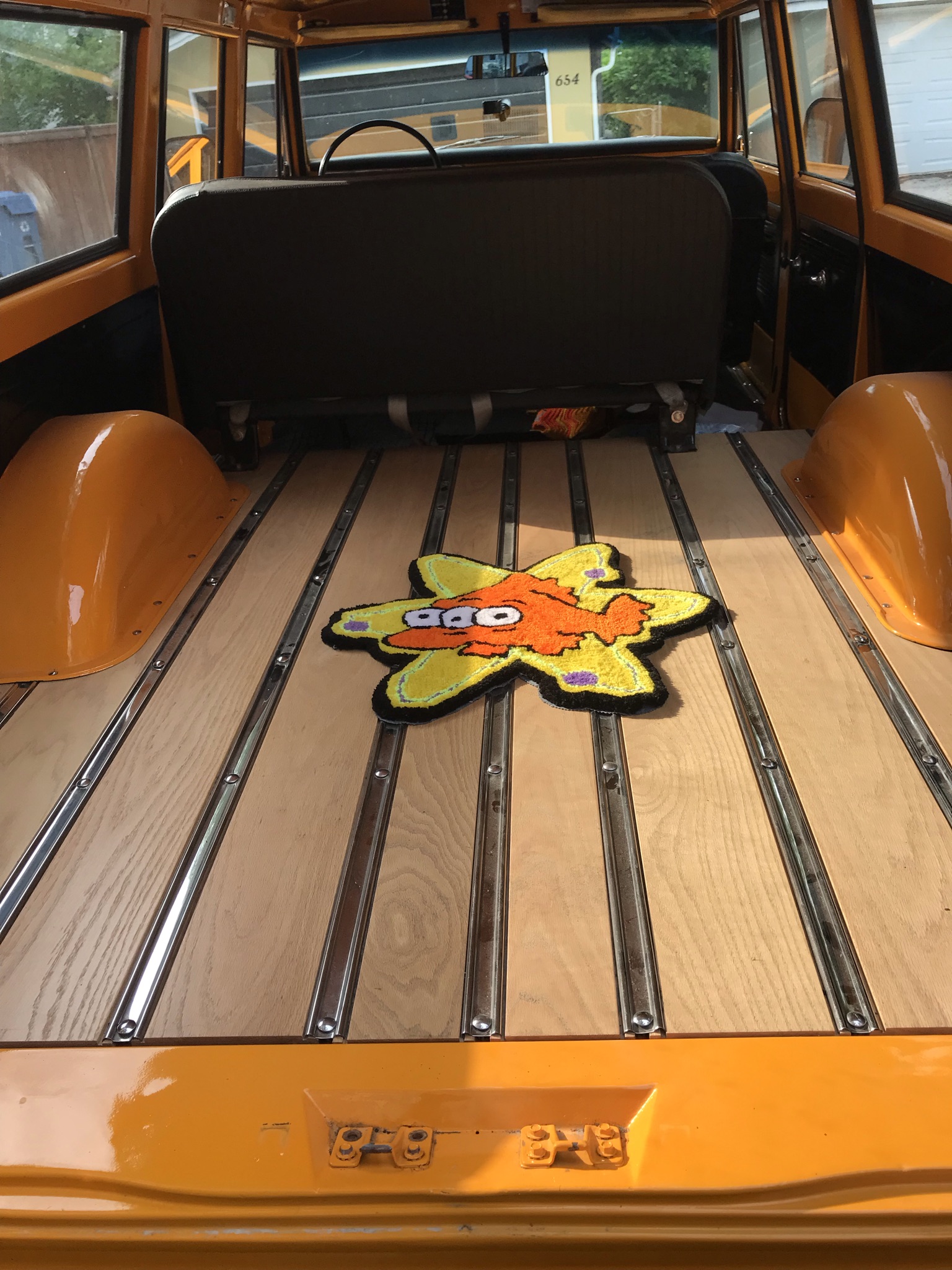