I bought my `52 F1 in May 2010 by accident. Originally I want to buy a 1966-69 Ford Mustang. While checking out a ’69 California Special, I saw the front of this truck in the garage of the Mustang seller. I asked him if it is for sale and he said yes. And I bought it.

It had a bad start because on the way home. The engine stalled due do a bad battery connection. After three months, the temperature goes up to 250° F, a bang and it start smoking. The German Autobahn was too hard for the old Flathead. After inspection, a crack between 2nd and 3rd cylinder shows up. Back home and I start searching for a new engine, and I found one of the French flathead that were sold in pressurized boxes. While installing the engine, I found some other issues on my truck so I replaced the brakes, converted it from 6 v to 12V and rebuild the transmission.

After 5 years it was ready for the Autobahn again. Since 2016 my truck runs well and I have a lot of fun with it. Because it was the oldest car that I have, my wife gave it the nickname Grandpa. Meanwhile I installed a towing hitch to tow my ’33 ford Model Y Cairn Drophead Coupe. 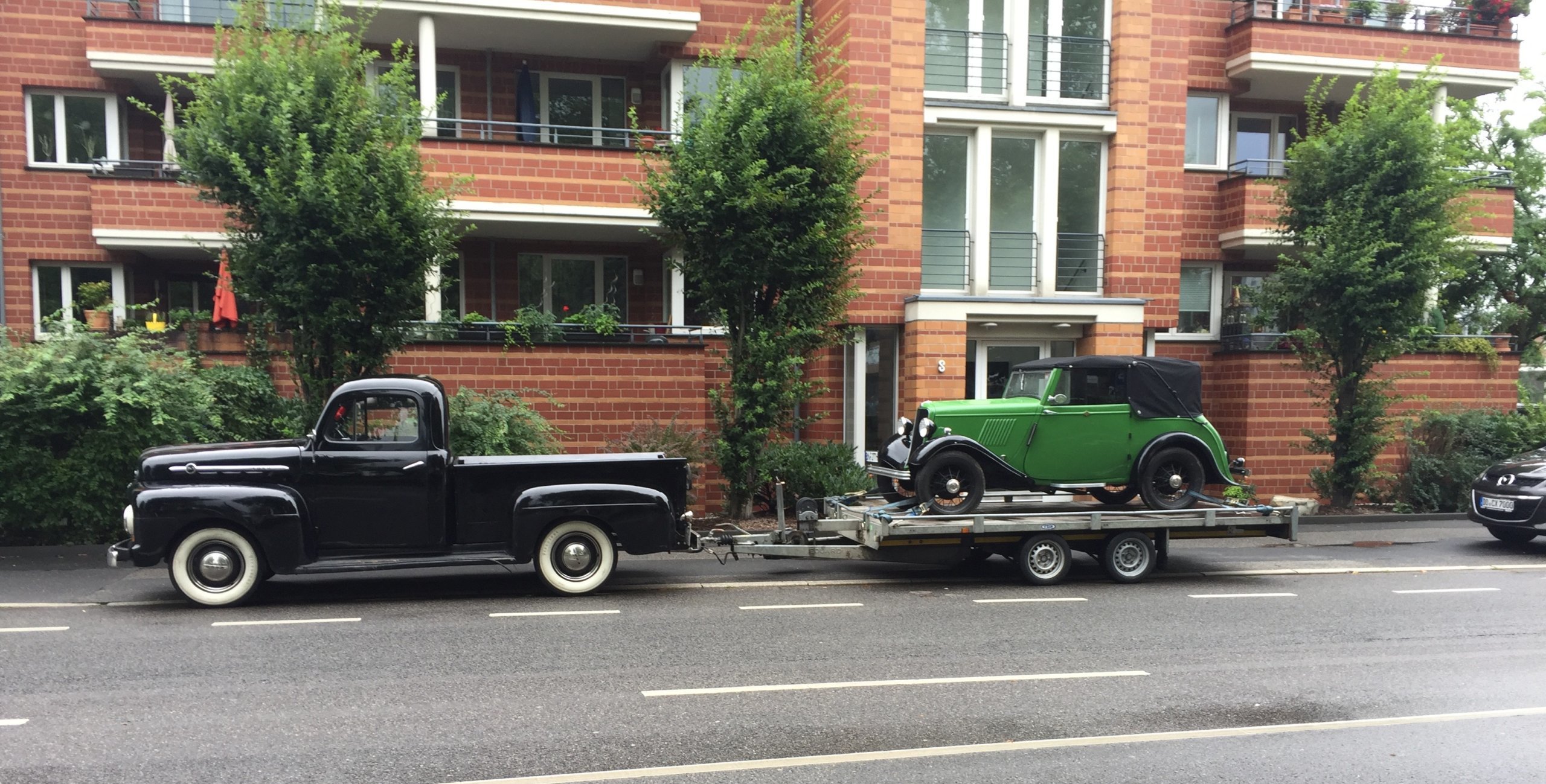 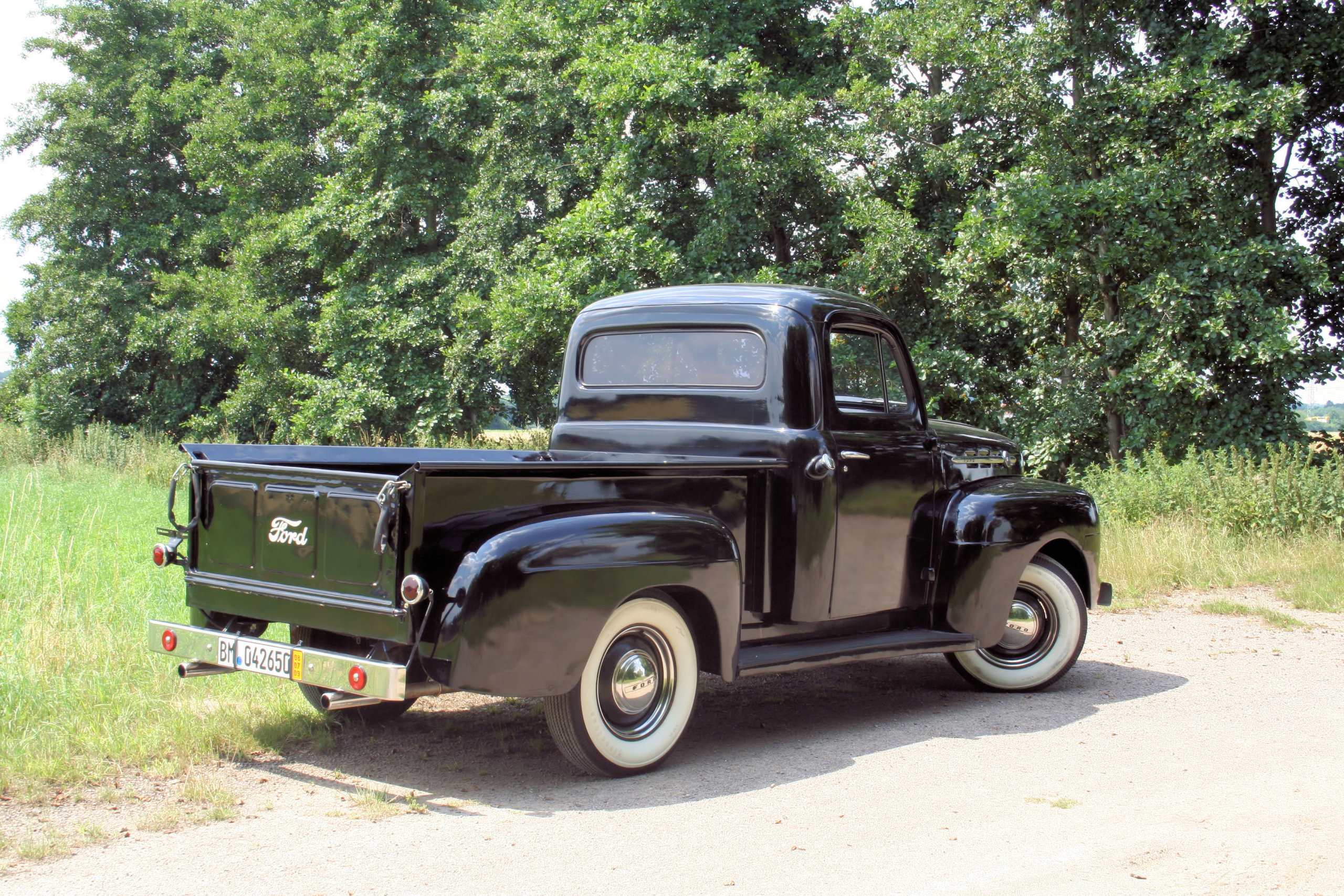 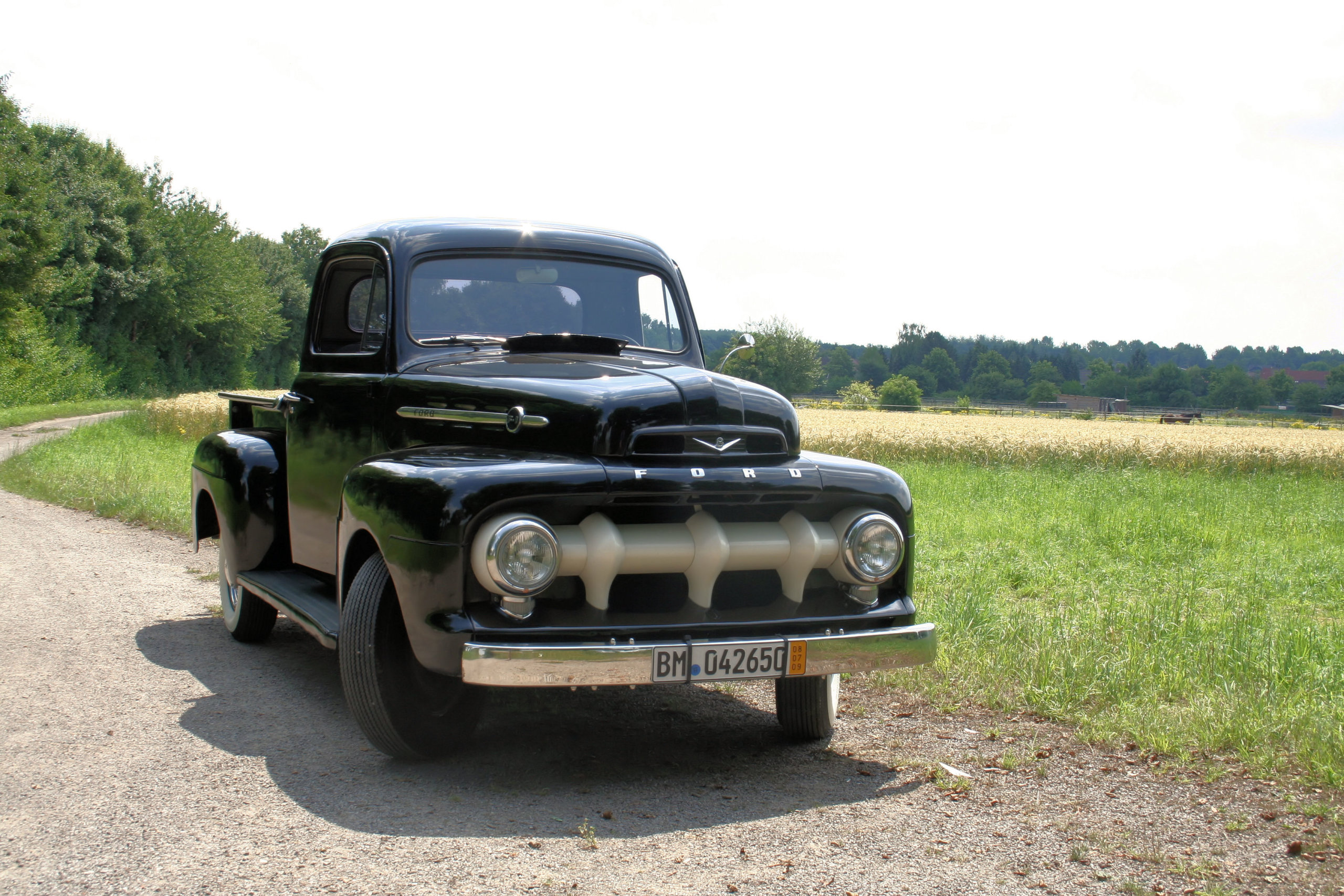 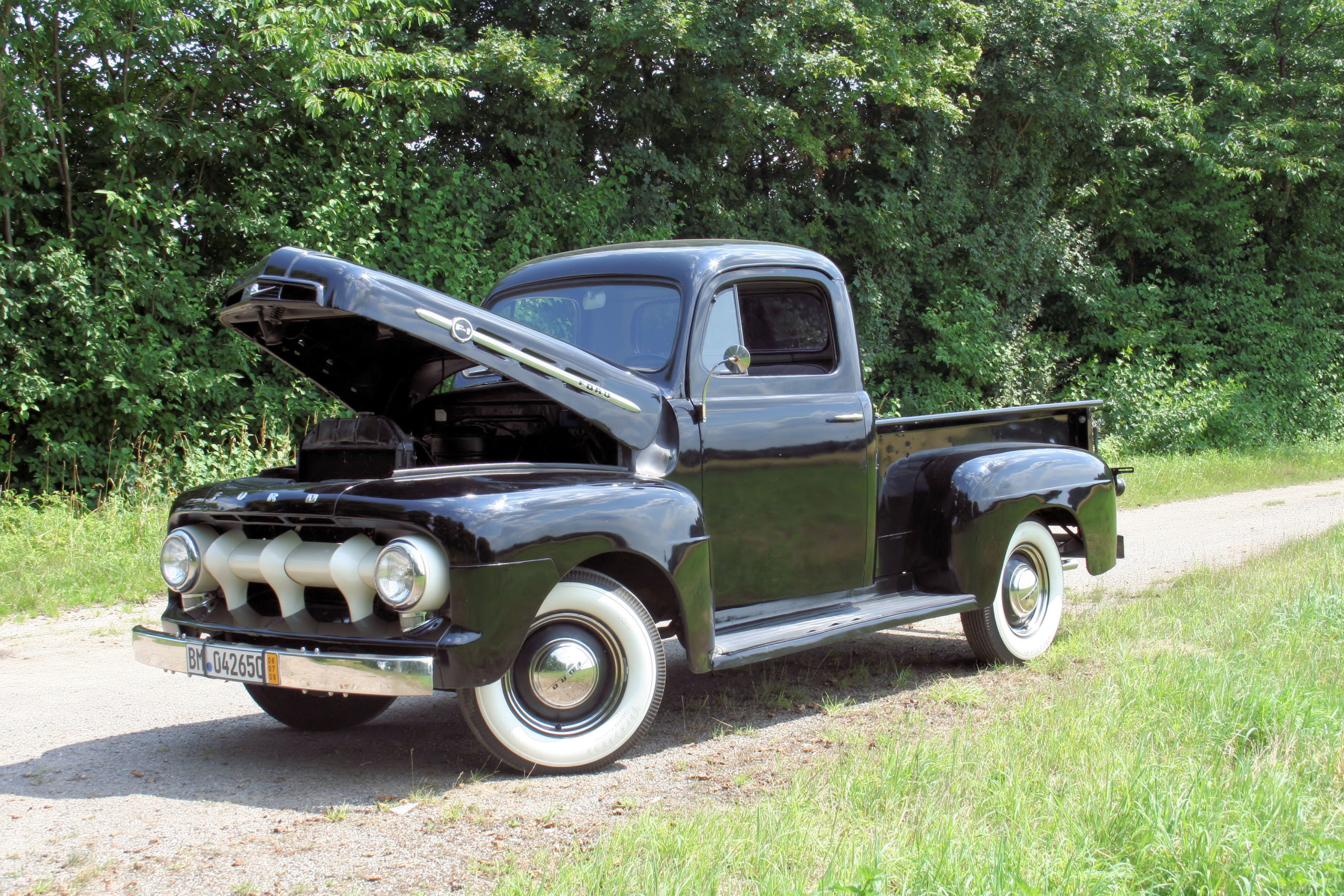 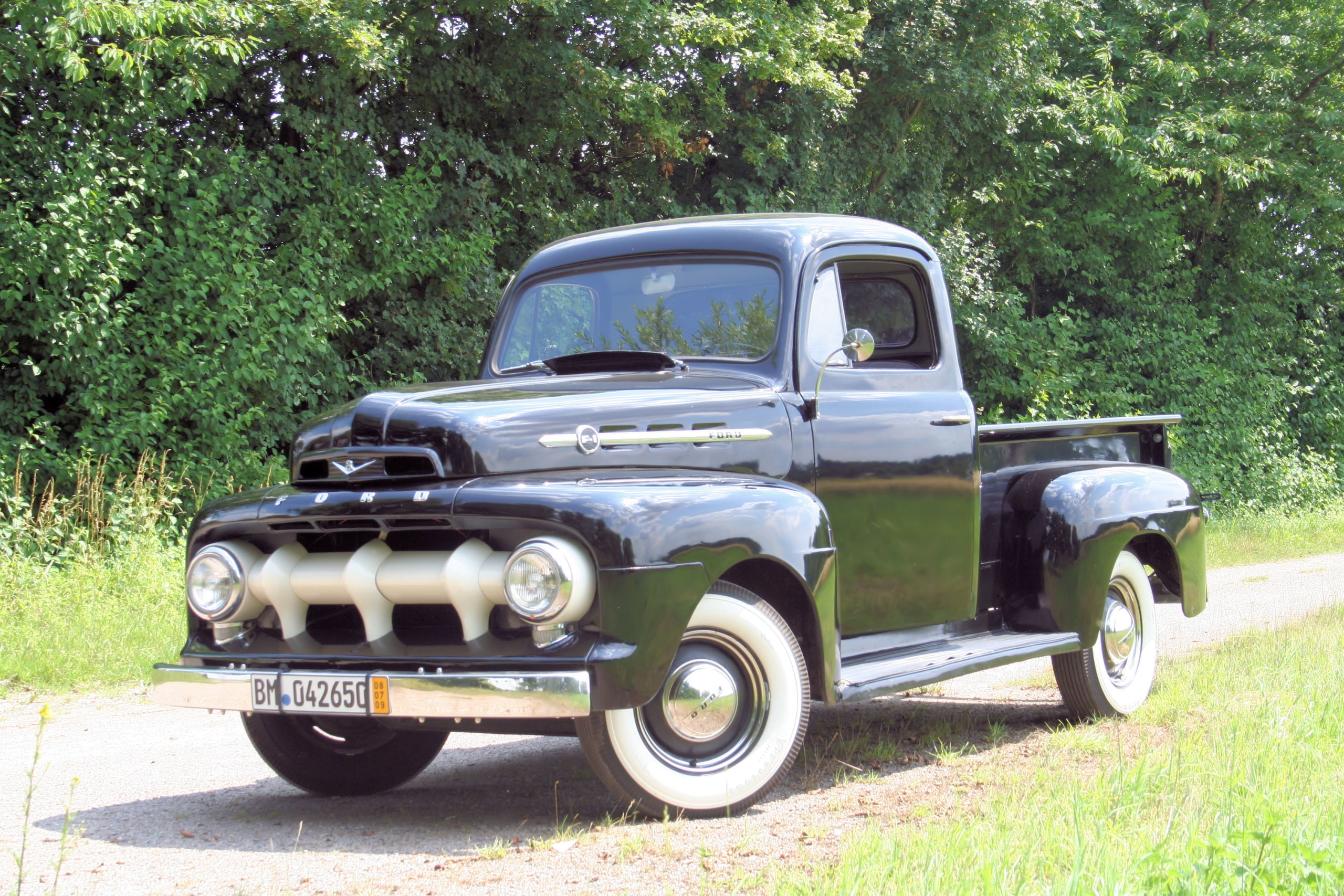