This 1985 Dodge W150 Prospector was given to me as my first vehicle in 2007 with the stipulation that I would fix it up. My dad bought this pickup in the late 90’s and used it as the farm truck as well as his daily driver. One morning on his way to work he hit a deer and took out the whole front clip. Following replacing the front clip and a quick motor swap, it was handed down to me. In the middle of the restoration I continued the legacy by also hitting a deer, fixing the front end, then getting into another accident and fixing the front end again all while using it as my daily driver.

For a motor, we had acquired a bored out 360 with a cam built by my uncle. On my way home from work one night in a snow storm I got buried in a snow bank and ended up plugging the cooling fan with snow, causing it to overheat and lose compression in two of the cylinders. Being this was my daily driver my brother quickly found a low mileage 360 in a motorhome, pulled it out and hauled it up a few hundred miles from where he lived in Illinois. The motor was meant to be temporary but 11 years later it’s still bolted in and still runs strong.

Over the years we have slowly improved the prospector with a 3” RoughCountry lift, roll pan bumper, some new interior parts, and after going through 6 or 7 starters we found one we don’t have to crawl under in the parking lot and tap with a hammer. 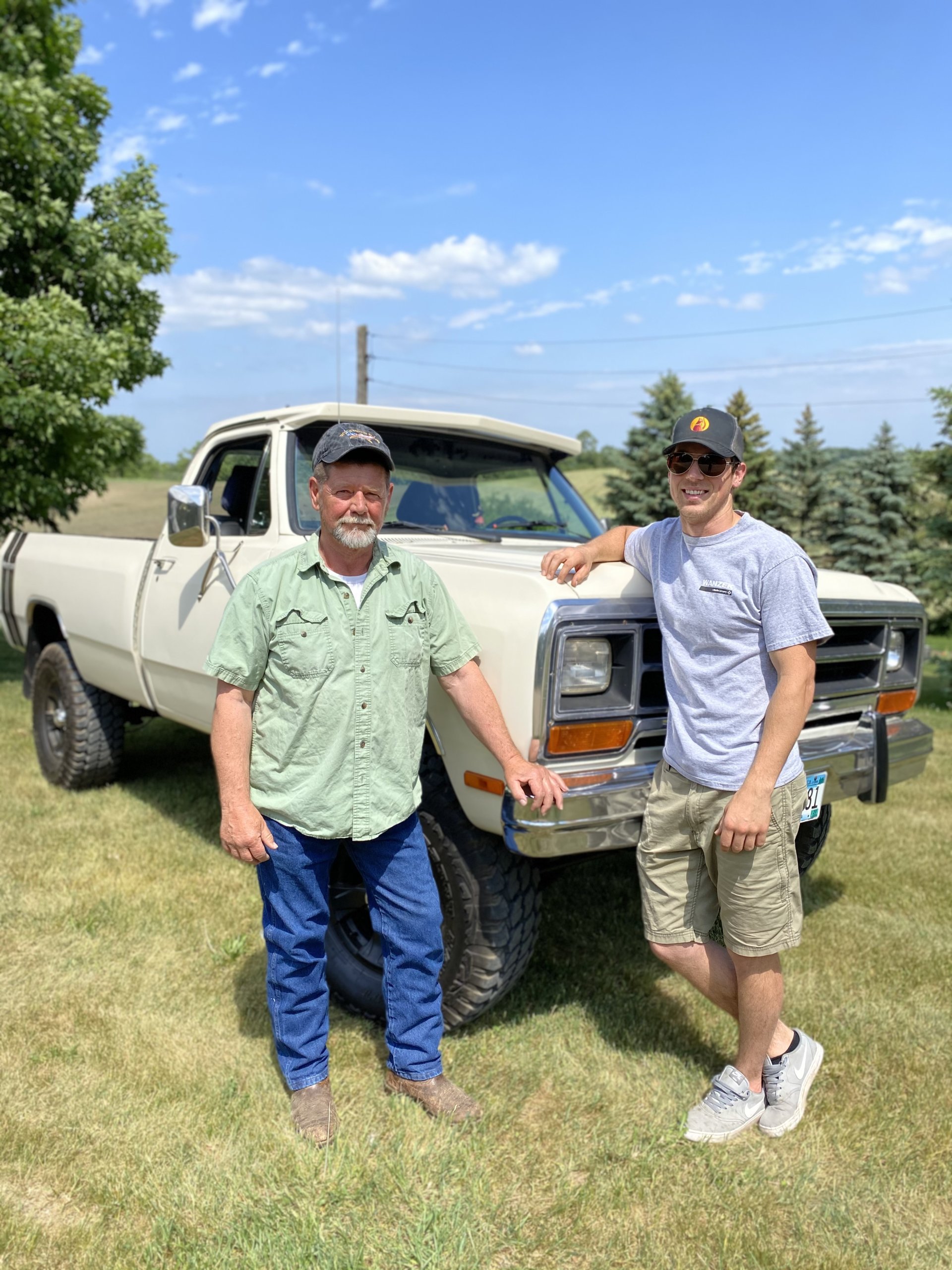 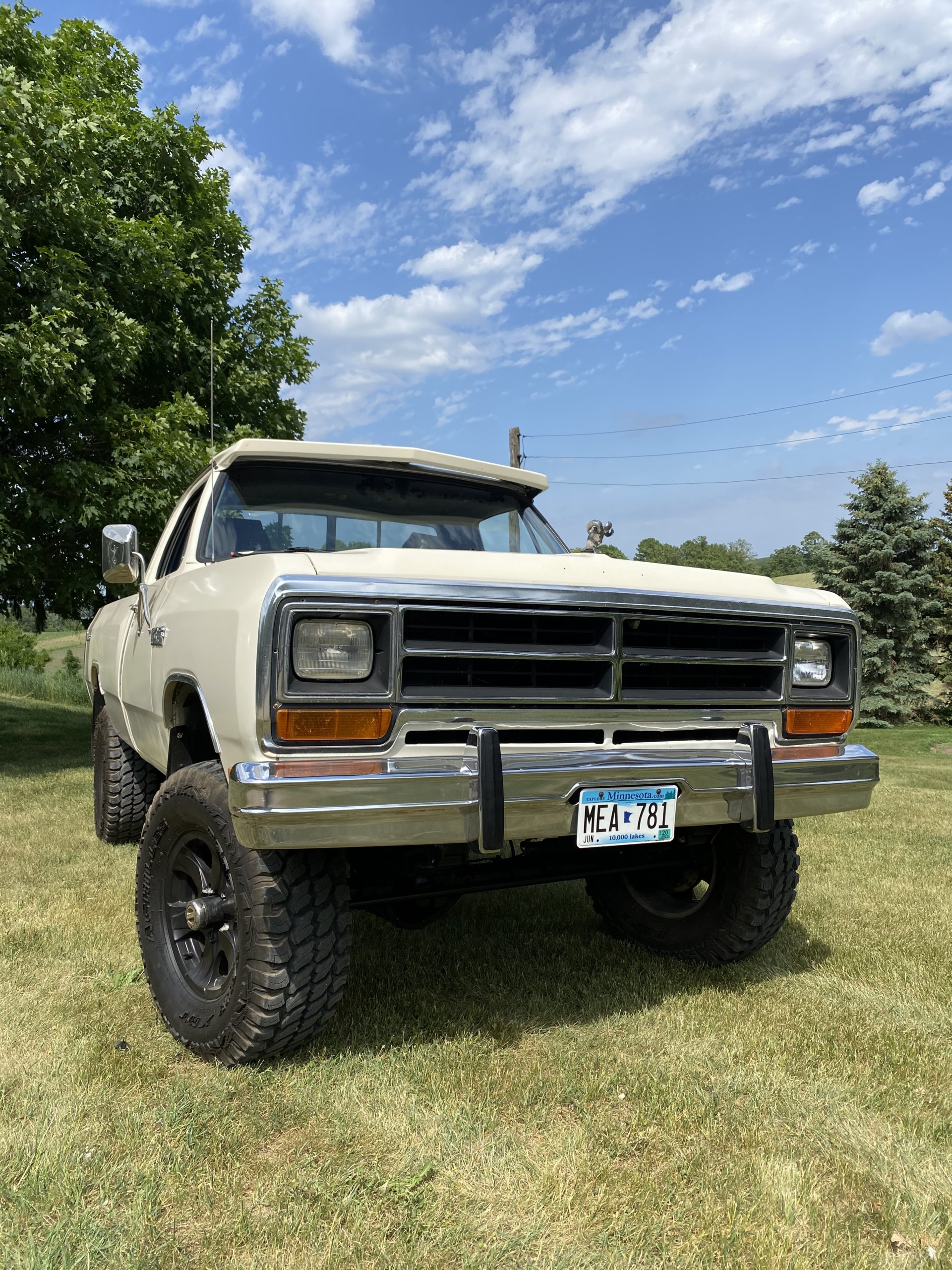 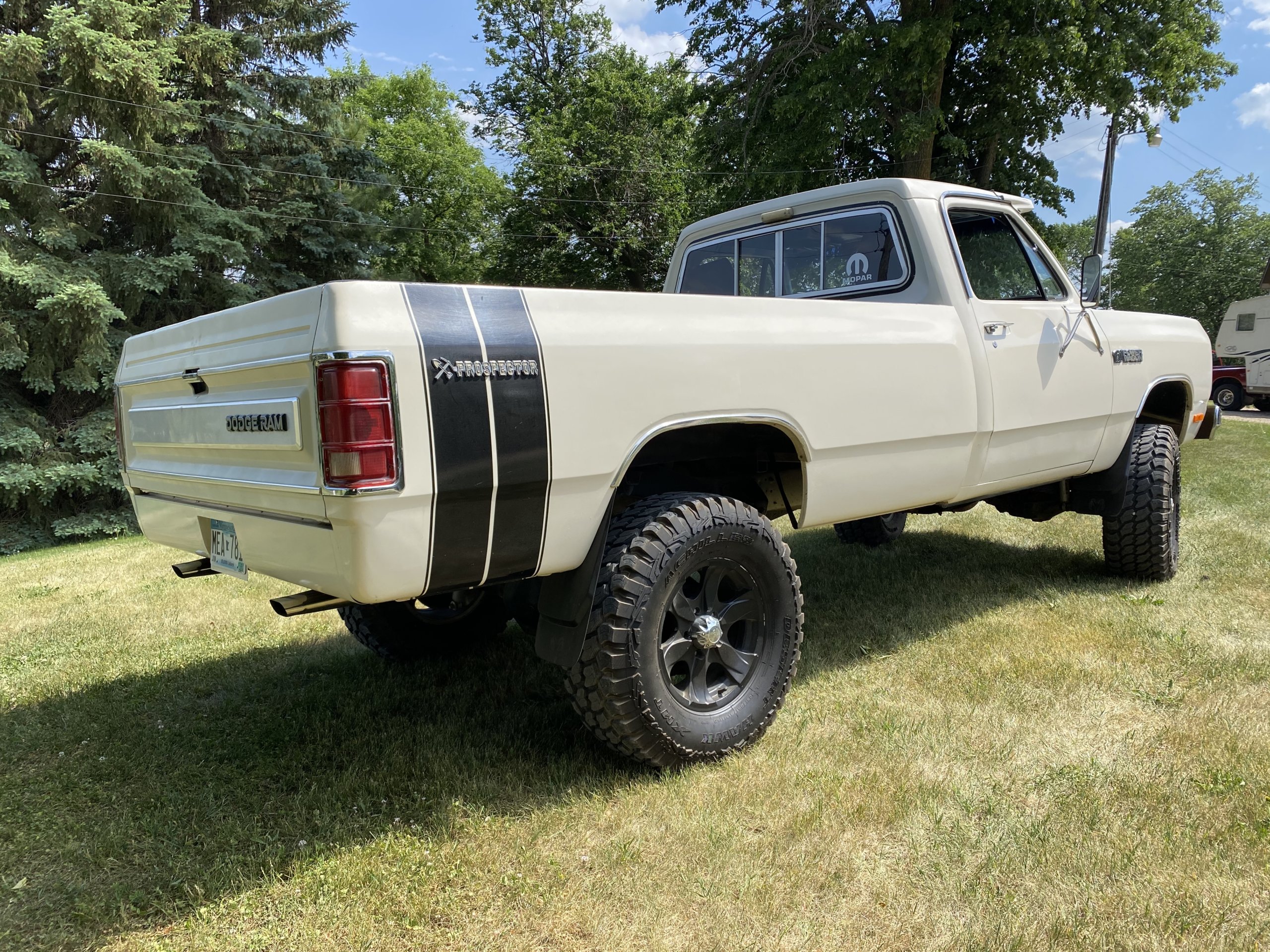 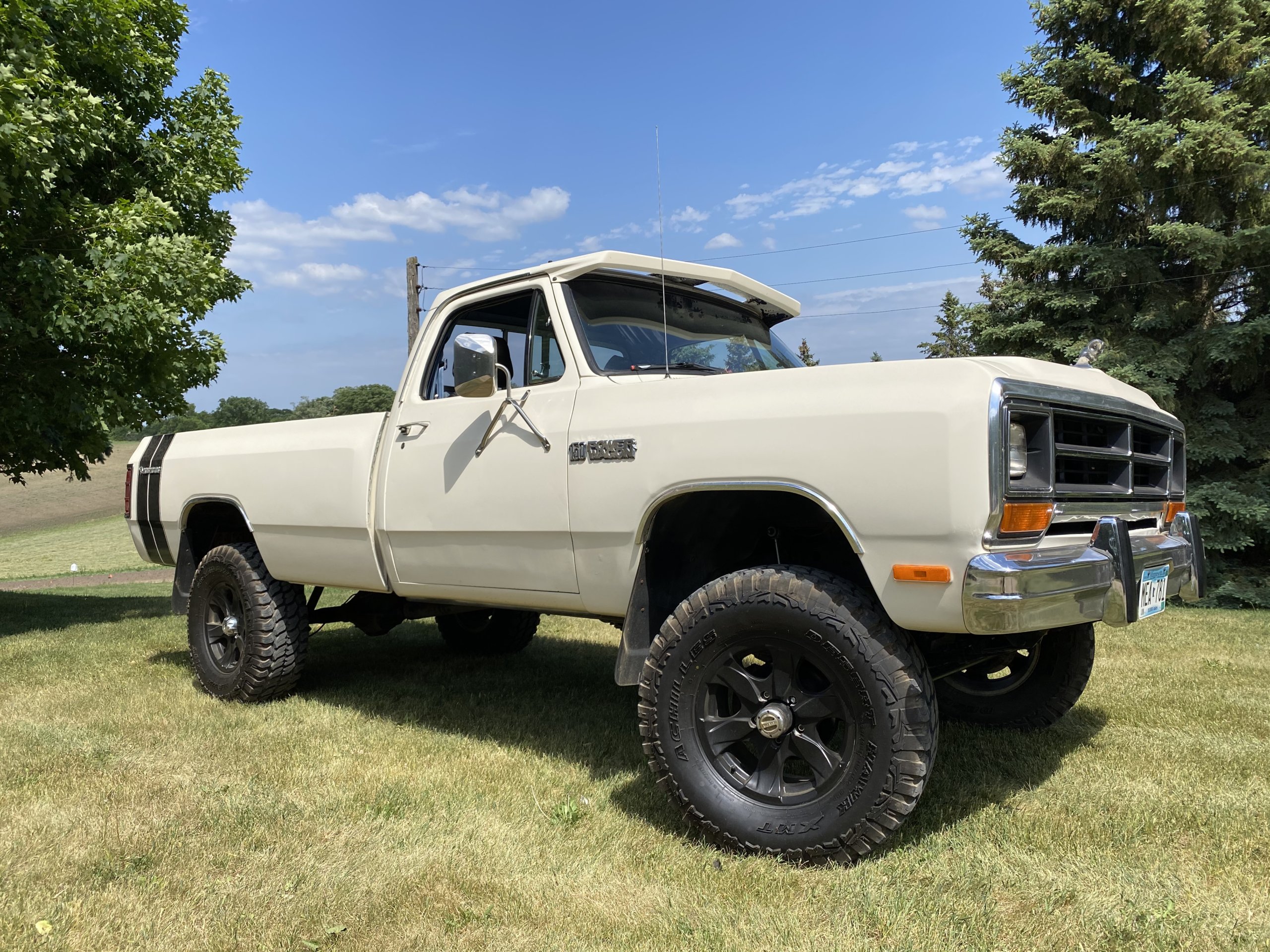 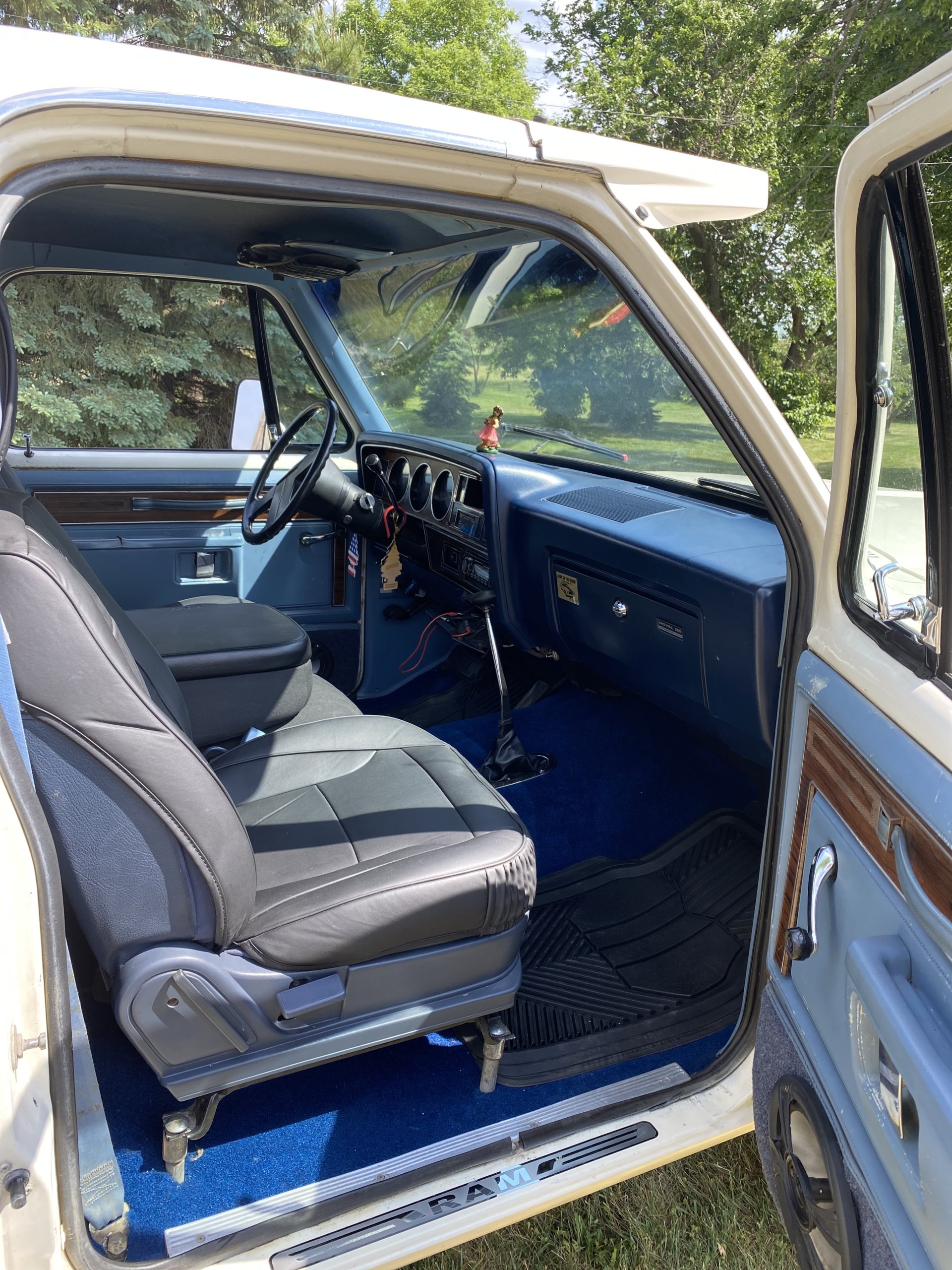