My dad has always loved the square body Suburbans, Blazers, and short wide pick up trucks.

It started with a 1976 Suburban, green in color with white trim, four-wheel-drive. I can remember as a kid my sister and I would lay down in the back of it and we will go to the drive-in movie theater. My mom would pop a big brown bag of popcorn we would take a 2 L of soda pop and have a ball watching the movie until we fell fast asleep. Another memory of the Suburban was that my dad put a mattress in the back and we would go 4 wheelin’ up in the mountains and bounce on that mattress all over the place as we were wheeling.

Fast forward a few years, the next rig I remember my dad having was a ’78 Blazer, black in color.  This thing was beautiful lowered on the ground.  He always loved Corvette rallies 15 inch don’t know why he ever sold that one.

Then he bought a mustard color 2 Wheel Dr. Blazer lowered on the ground that was very nice.  Also in between there he had bought several short white pick up trucks modified them a little bit and then sold them.

My dad then met his new wife and moved a couple hundred miles north to Bremerton Washington. He continued to buy a couple of short bed pick up trucks, fix them up, and sold them until he found another 2 wheel drive Blazer, which is the current one I own now.

I don’t know much about my 1974 2wd Blazer other than it’s had at least one repaint and restorations in it’s life. It was repainted silver in color with purple metallic flakes in the paint. It also has motor modifications of the 350 motor with a 144 B&M supercharger. It also had some interior changes to it. My dad loved that blazer for about 12 years before he passed away. My dad had Alzheimer’s so for the last couple years it just sat in the garage with a few bumps and bruises from him trying to drive it when he really probably shouldn’t have been driving. My dad love driving his Blazer though.

April 29, 2021 I went to Bremerton Washington to load 1974 blazer onto a flatbed to haul it back down to my house.  Once in the driveway I started ordering things off of LMC to restore this blazer to what I remember my dad talking about what he wanted to do eventually to it. This journey has just begun I will keep you updated on it’s progress. New wheels were the first big purchase I’ve made so far as you can see. These are from US Mag they are appropriately called C 10. 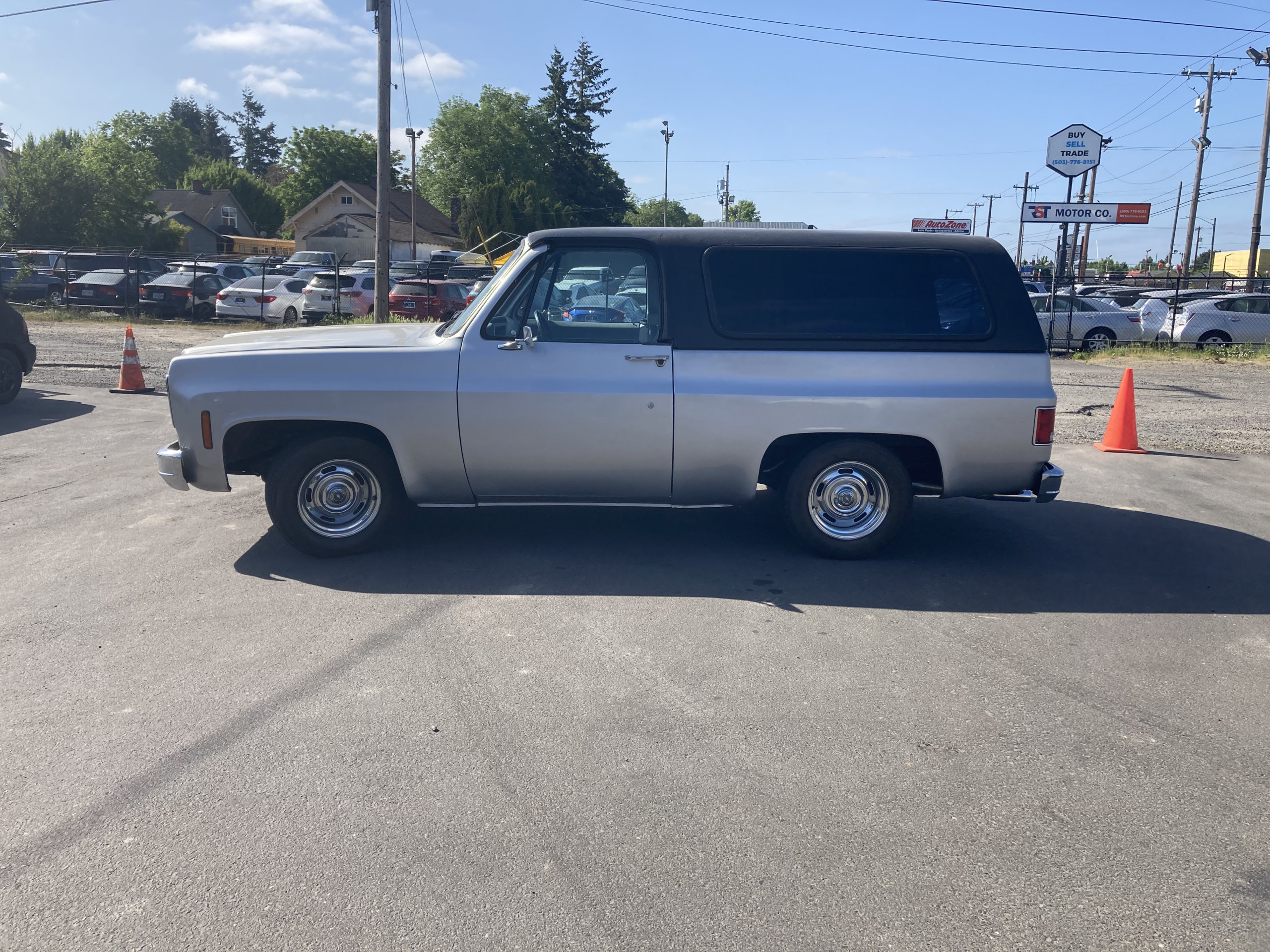 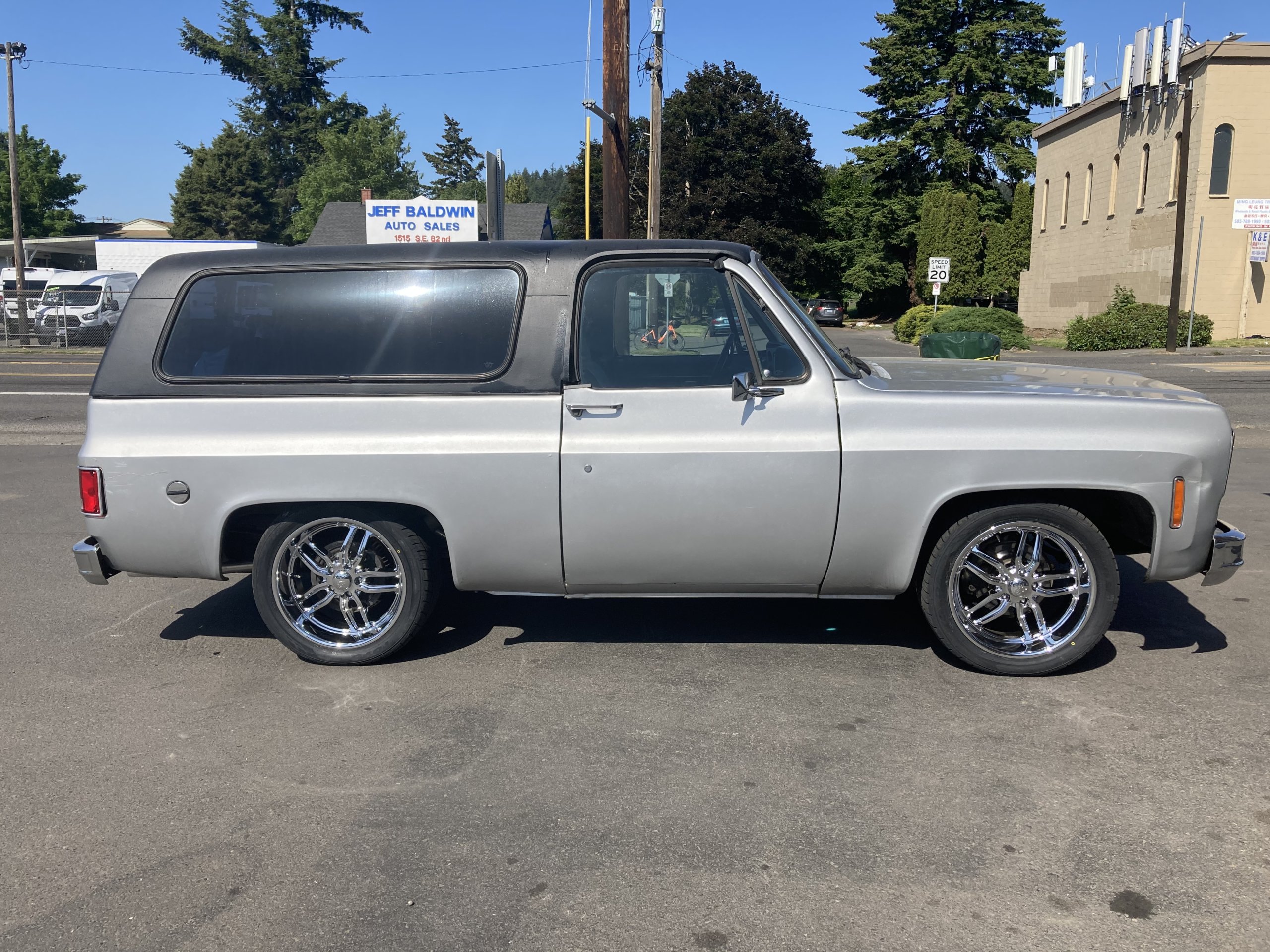 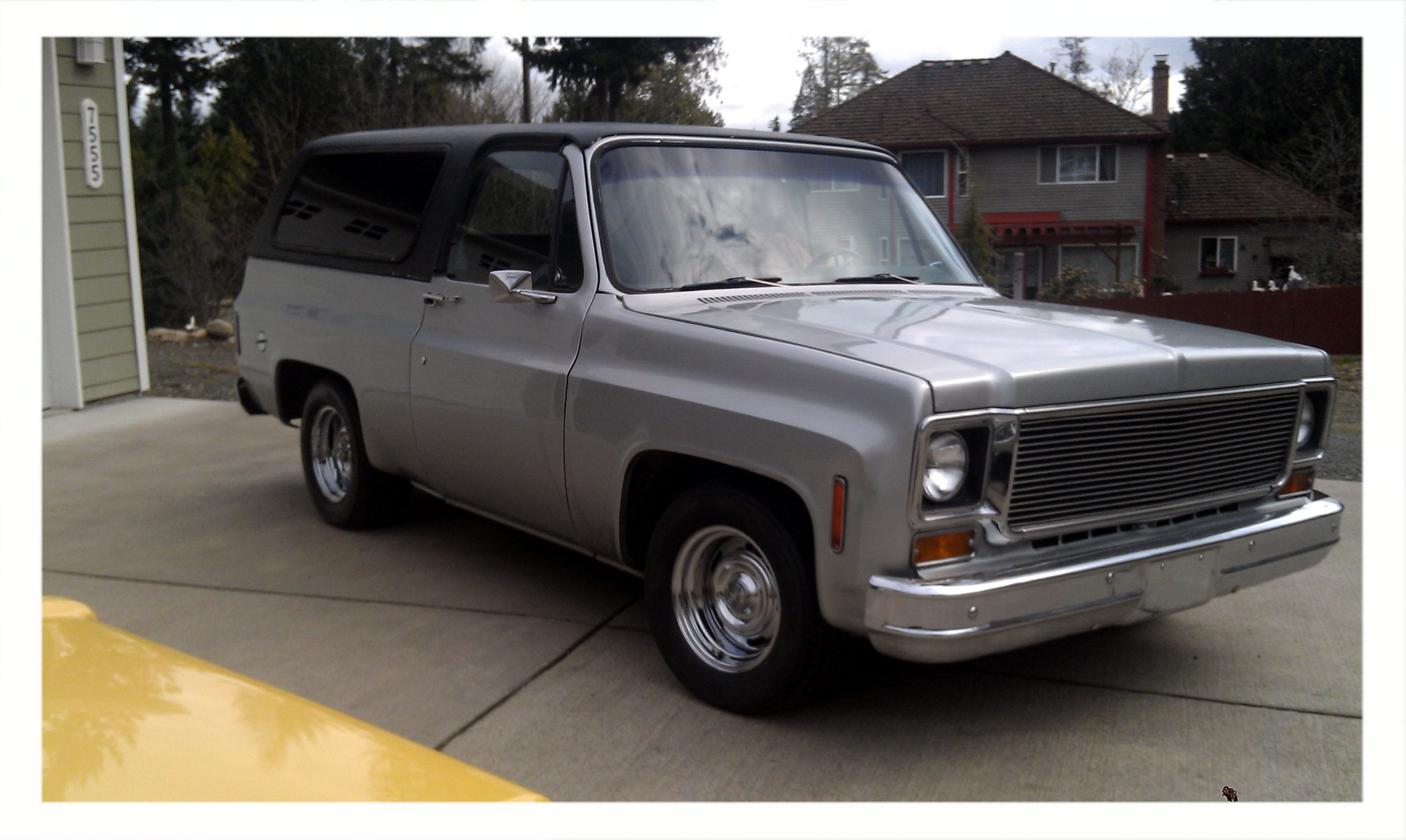 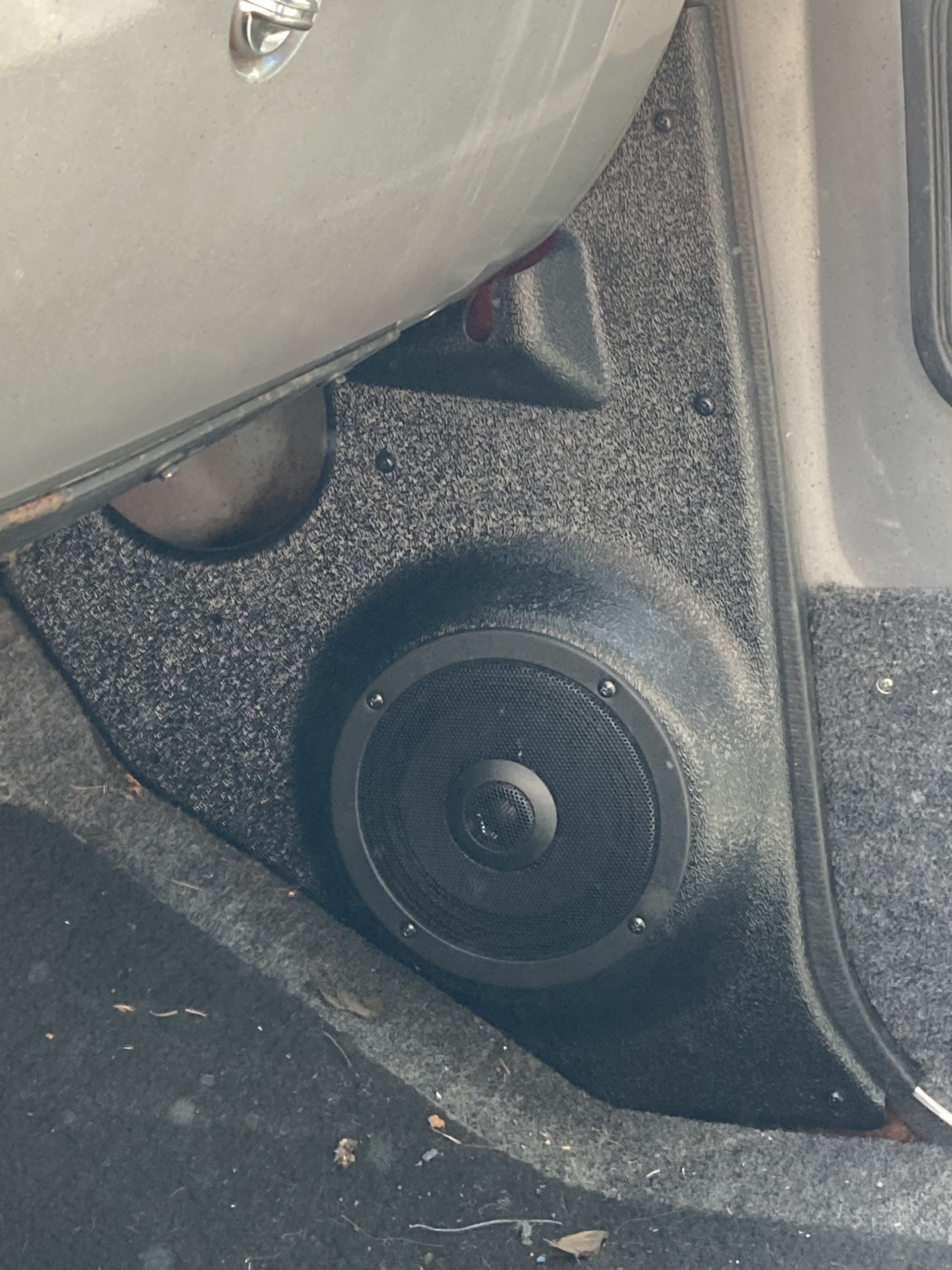