Bait and Switch For the Better

My wife and I have been toying around with the idea to get a RV in the neighborhood of 25 feet give or take .
We had a 2014 F150 5.0 a few years ago but traded it for a BMW .
Well obviously we had to again find a 1/2 ton truck to safely pull a 25 trailer .
Since we had a BMW, a Corvette, and a Jeep Trailhawk, we figured we’d have to part with one of them or maybe two of them to afford a truck .
Well we stopped at the local Chevy Dealer in our area after we saw a late model Used Ram .
Well that one was too big and too new and way too expensive.
Our Friend Salesman said he got a trade in last night that was old but had low miles, had a Hemi and 4 wheel drive and all the toys .
We drove it and immediately fell in love with our 2007 Ram 1500 4×4 Hemi Quad Cab .
It’s ours now and because it was priced in the mid teens with only 50k miles, we could keep all our beloved cars that we had . 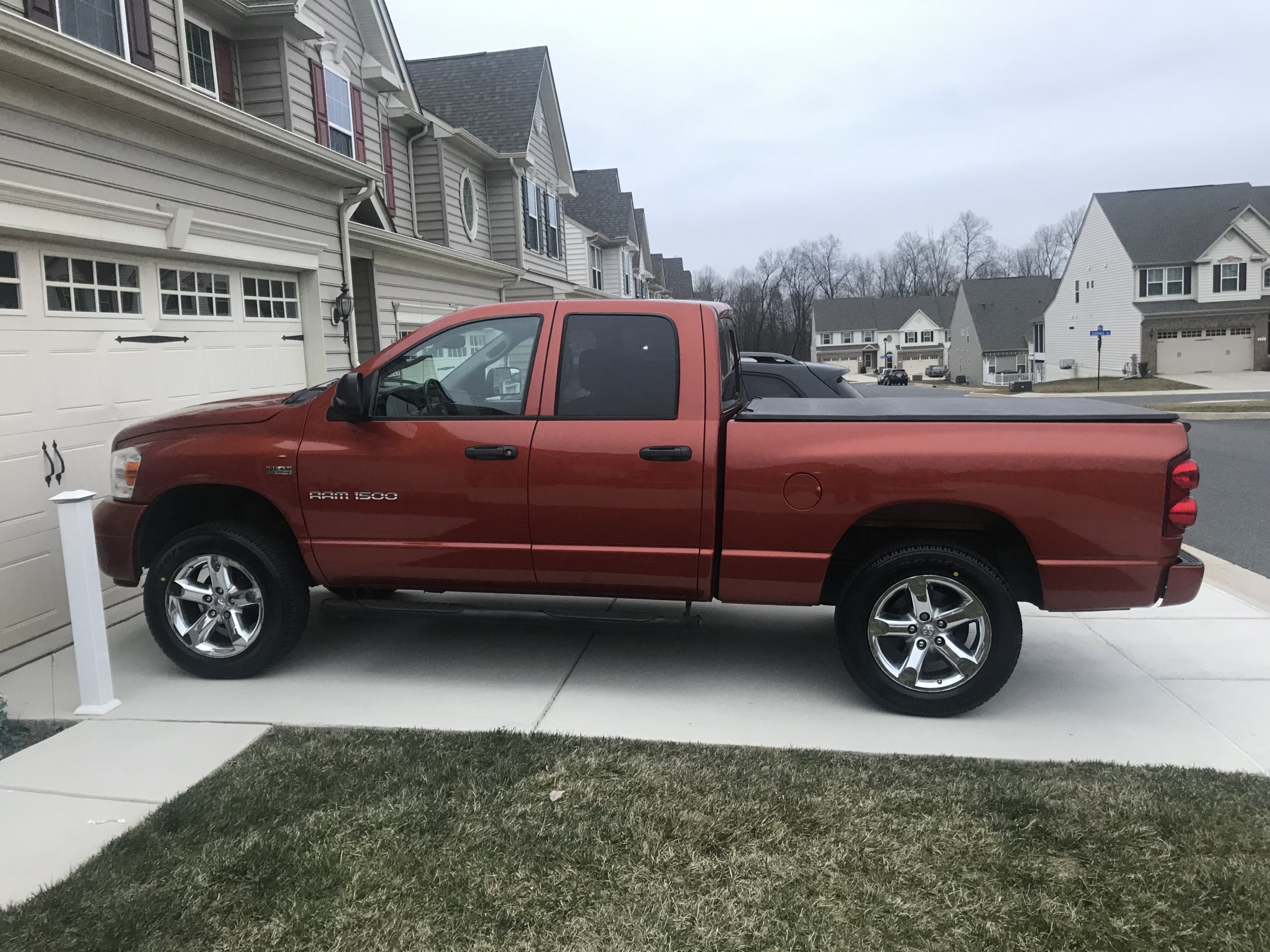