In the fall of 1991 I drove my husband to Winnemucca, Nevada to pick up his new 1992 Chevy Silverado 4 wheel drive truck. Our first son Travis was 5 months old. My husband drove that truck for his gold exploration geology work until we left NV for Albuquerque. This truck was his baby until he got a new truck in 2006 when Travis was learning to drive. The truck became a teenage hunting fishing high school, college, fire department trainee, and finally Fireman transportation truck. Too many clutches caused a new engine installation. Incident in college got a hood and front fender mismatch but then he was constantly reminded of the cost of irresponsible driving. Another 100,000 miles caused a thrown rod. The old guy sat in my son’s driveway for a year with him thinking he would learn how to replace that engine. He got a new truck to park next to it. I was relentless. Let me have it and I will restore it. I learned to drive on a truck. It is my dream vehicle. Not the fancy new hi tech models. Travis finally relented and at 224,000 miles, engine restoration, reupholstered front seat (extended cab back seat was fine). I have a truck!! I am slowly working on restoring T Truck to his former glory. Bucket list is to drive him across the United States. Sans boat. Picture is T taking a boat fishing! 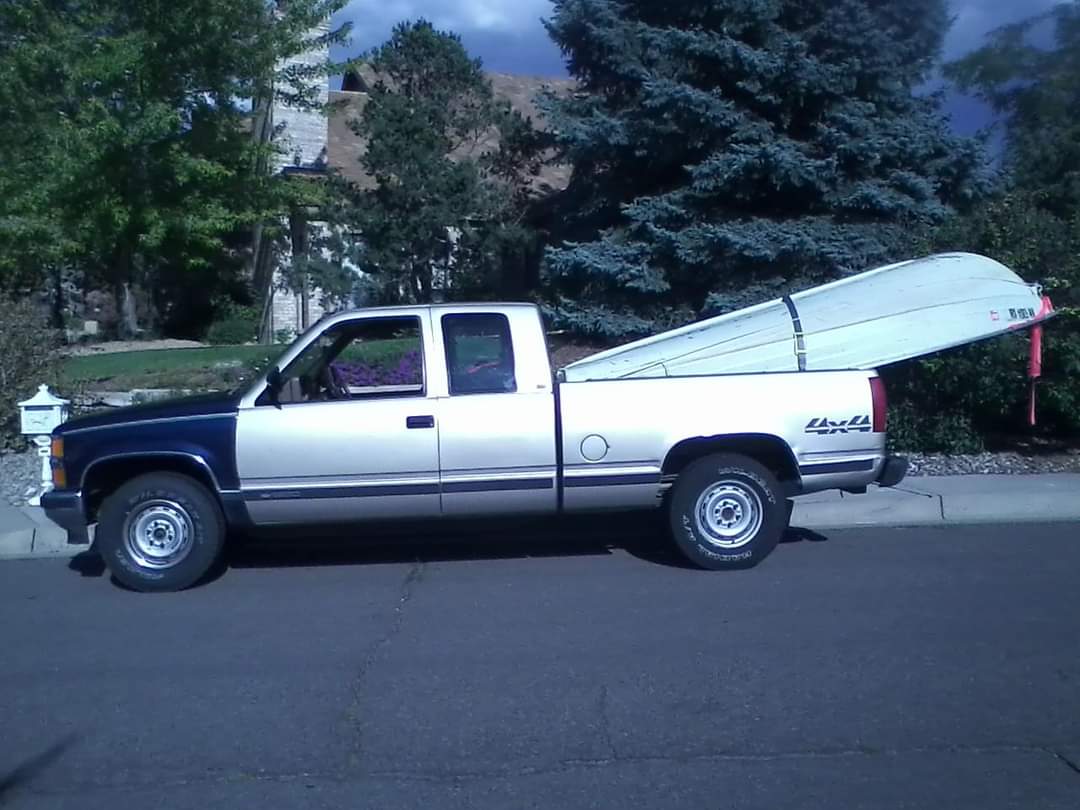