My truck started life as a non-descript 1985 Chevy S10. By the time I got it, it had been gutted during prep for a drag truck that was never complete. I had a crazy idea of a rear-engined truck. So I found a 1981 Buick Riviera and decide that it would be easy to cut off the entire front frame, engine/transmission and all, and weld it behind the cab of the S10. That part was easy, but engineering all of the other problems to make it a functioning vehicle was quite a bit more challenging! Even though there are still things I am working out and reworking out, it does drive now and is a hoot to drive! During the process, I replaced the 307 that came in the Riviera with a 455. TONS of torque and brutal power! And it sounds like the beast it is. Drives like a go kart! 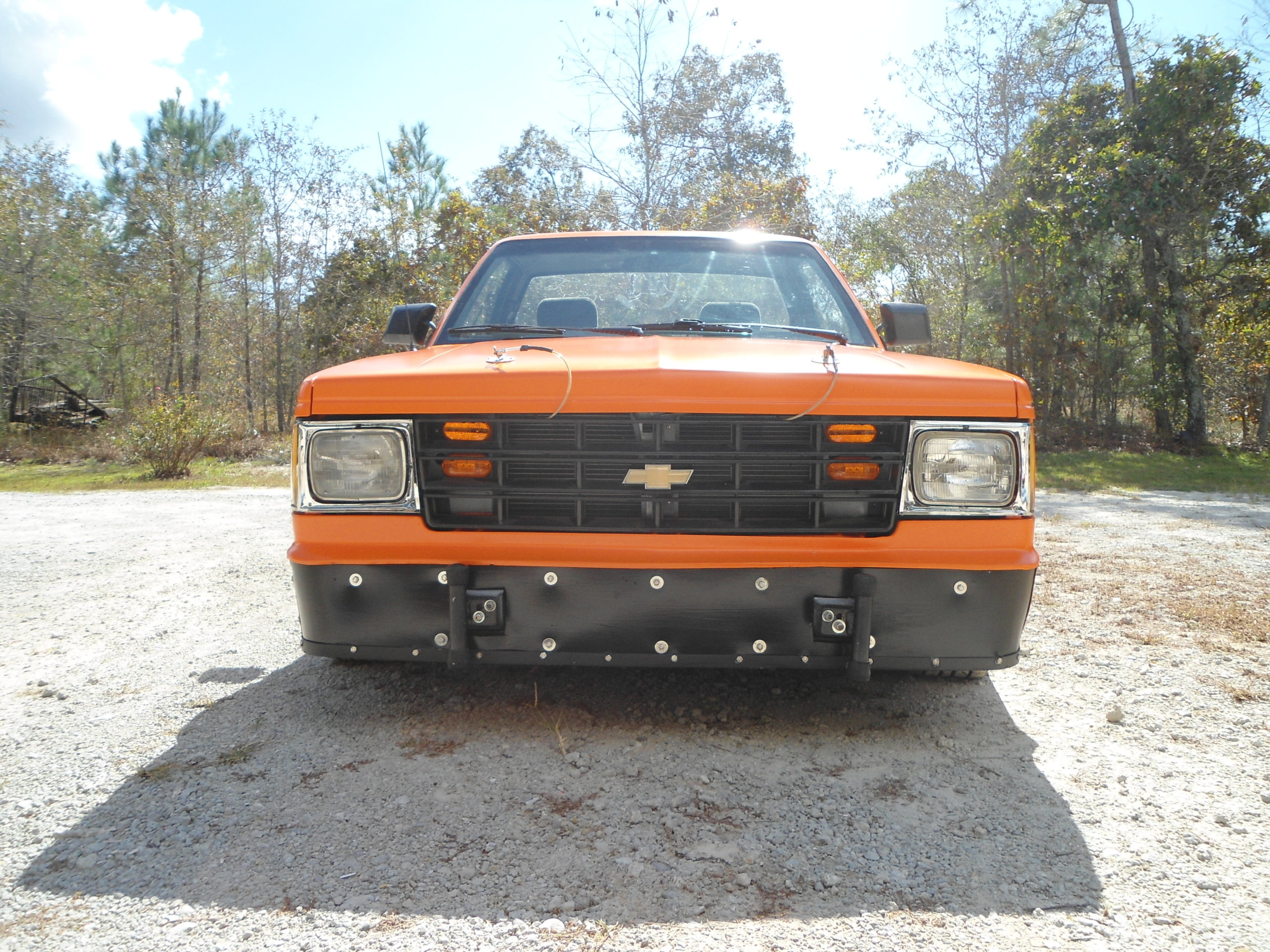