My name is Cristina and I live in Ontario, Canada. When I was a teenager I remembered watching a movie made in the early 90’s about life in small town Texas on the final day of the school year in the mid-70’s. The movie was “Dazed and Confused”. There were a few big named actors, still unknown at the time. There were some really cool muscle cars being driven around by the teens, including a 1971 Chevy C10! The truck was a black short box with red interior, and I was in love!! Since watching that movie I’ve liked the second gen C10’s and have wanted to own one. Fast forward approximately 20 years, a car club buddy of my father got contacted about a 1970 C10 that he used to own years ago. The guy he sold the truck to wanted to sell the truck and asked my dads buddy if he was interested in buying it back? My dads buddy already has two classics and said he didn’t have room in his garage for anyone. He did tell him however he might know someone who might be interested. He reached out to my father to ask if I was still interested in C10 trucks? My dad told him I was, so his buddy set up a meeting for us to take a look at the truck. I wish I could say we made a deal that day and we walked away with the truck. Unfortunately we couldn’t agree on a price, so we left and I was heart broken to say the least. March 2021, my dads buddy texted him and told him the guy with the truck wanted to talk to us. I called the man and set up another appointment to see the truck again, since it had been over a year and we needed a refresher of the truck. My father and I went to see the truck again, but I didn’t want to get my hopes up again. For the second time, we couldn’t agree on price and we left without the truck AGAIN! The next day I get a call from the man with the truck, he told me he no longer had a place to store the truck and had to move it from its current location. He asked me if I really wanted it? When I told him I did, he told me “the truck is yours!” I am now the proud owner of a 1970 Chevy C10 custom!!! 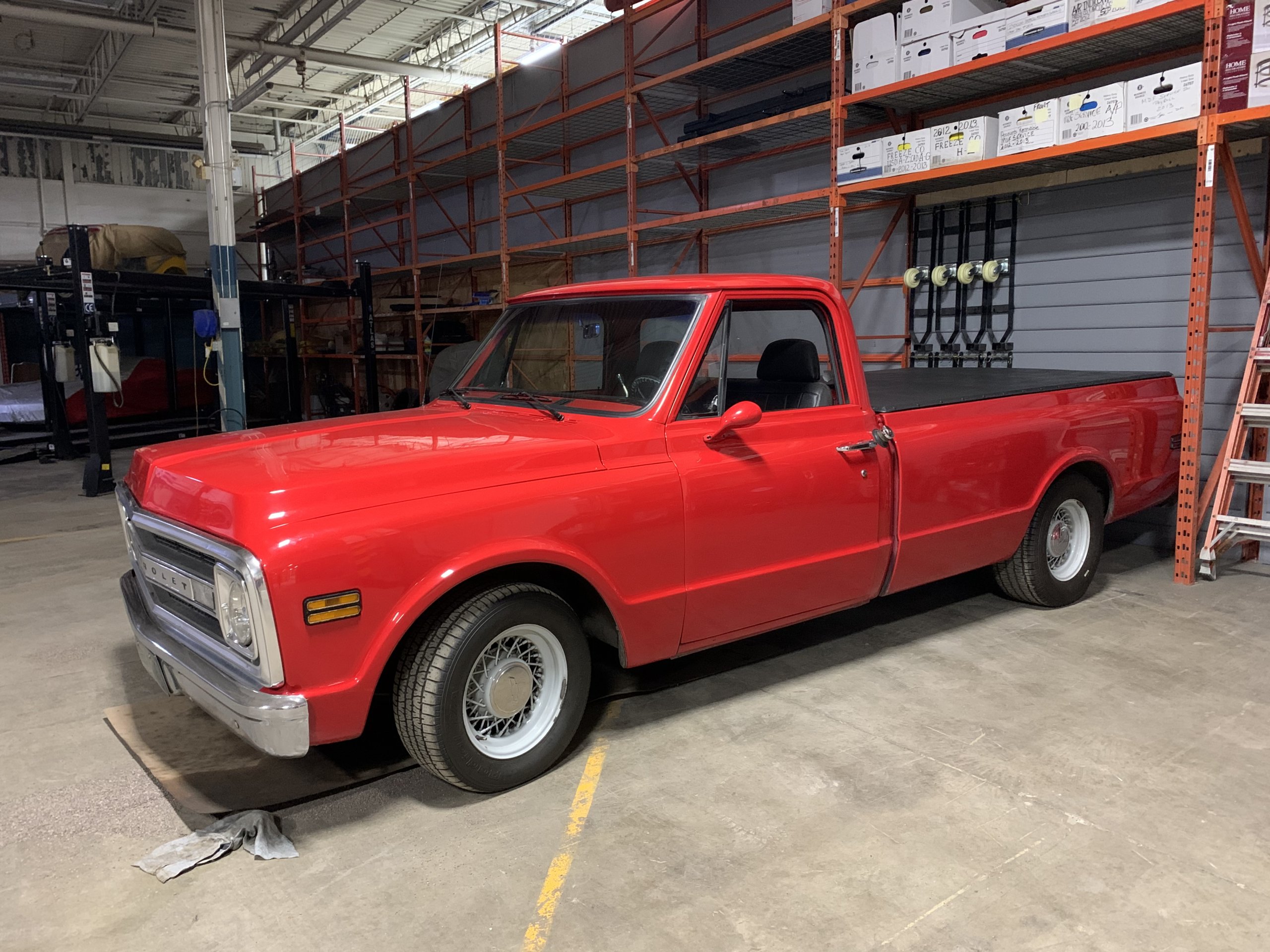