Not much to tell so far. I owned a few of these a long time ago, had a 460 2WD then, put a 429 crank sprocket and adapted a 454 Quadrajet carb onto it – was a real tire burner,  just want to try one more project while I still can. So far found a 2WD parts truck with a blown 460 and C6. Cab, doors and front clip not bad. Box is pretty ratty. Had a full set of mags and tires on it, a Starshifter, and a 460 Edelbrock intake. Originally an AC equipped truck. Found an 86 3/4 ton with a running 460 to use for engine, found another F150 4X4 I can use the body from because it is all yellow (my color) with a running 400 and manual trans. Can sell the extra stuff later. Found another full set of mags and tires from a woman online for 50 bucks (divorce sale I think). Another guy had a new set of chrome shorty headers and collectors for 400 bucks, also found a set of chrome tappet covers, a tilt steering column and rear slider window. Gonna strip the 2WD truck down and start blasting the frame to get ready for lowering shackles and springs before putting the other 460 in and the yellow body. Waiting for the snow to melt so I can get started. Looks to be a fun start. 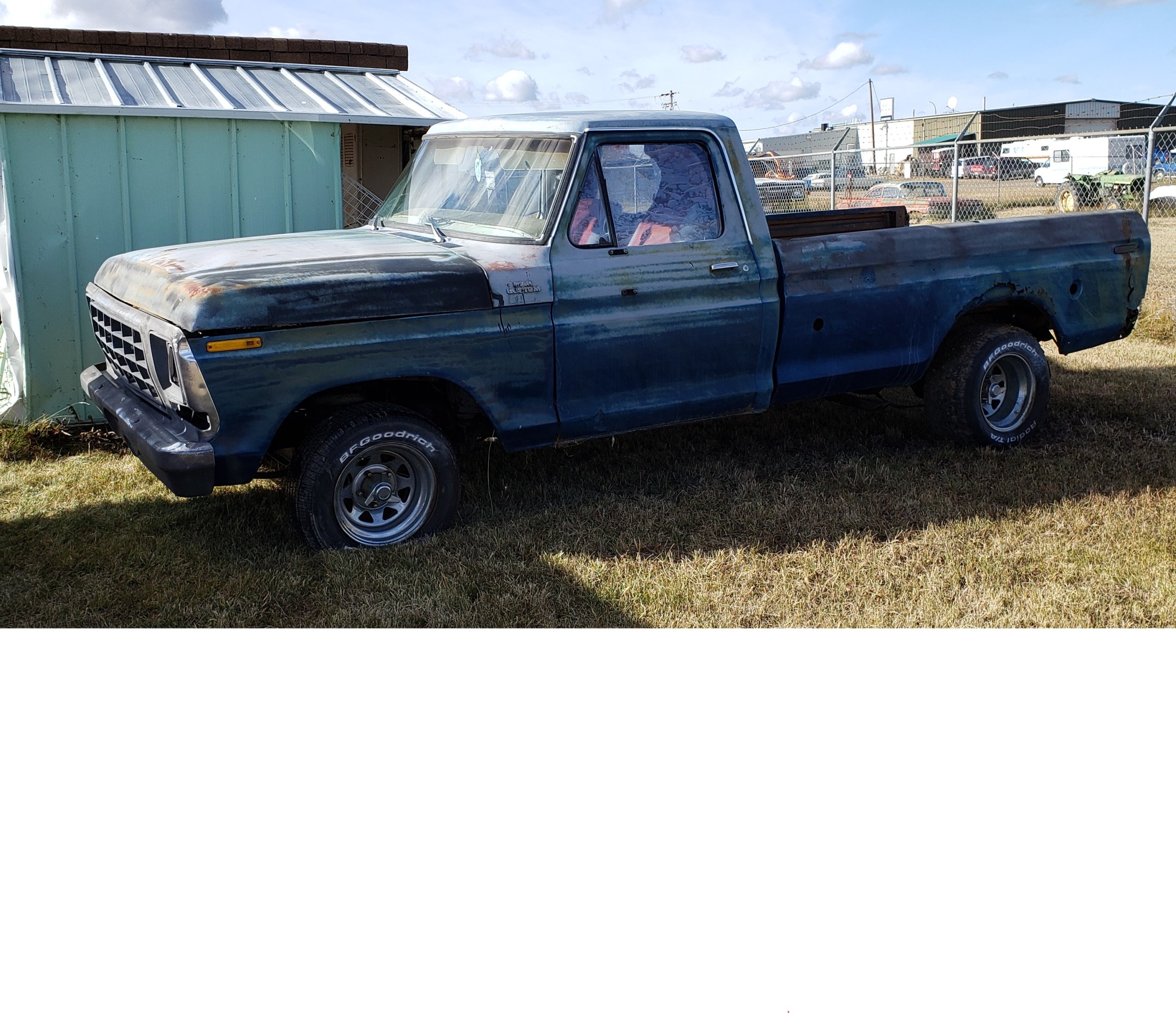