A buddy of mine bought this truck in Florida and drove it home to Brookton, Maine. After a few years and a little fender damage he decided to get rid of it, that was in 2002. I was heading to the Carlisle PA swap meet and he asked if we could take his truck to sell, my wife told him if it didn’t sell that she would buy it.
Obviously the truck came home to Ludlow, Maine where it became my daily driver until the rust started to take over. In 2014 I started a complete frame off restoration on it, with lots of late nights and many thanks to LMC for all the parts, 3 years later it was completed. 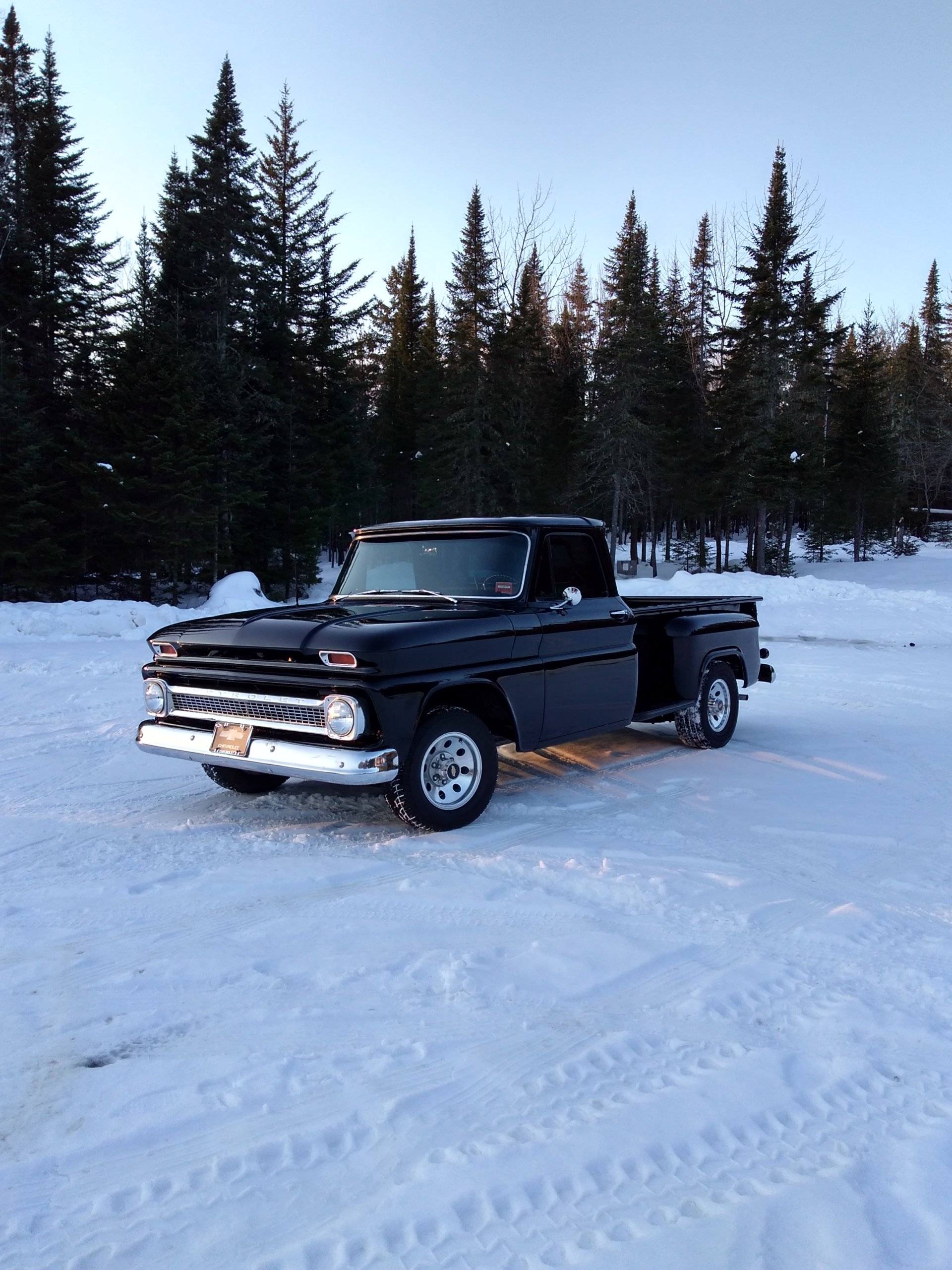