I purchased my truck in 2018. It is dedicated to the front line workers who battled the Fort McMurray wildfire (The Beast)in May 2016. The paint colour we chose is torch red. The 4 inch lift (Rise up)symbolizes the communities resiliency to recover from the devastation caused by the wildfire. The entire population of 88,000 evacuated on May 3, 2016. We returned one month later to find over twenty-five hundred homes destroyed by the fire. Our home was one of them. It took us two years to rebuild our home. Then came the fun stuff… Rise Up!
The Resto-mod 56 3100 is sitting on a modified 2007 Cadillac Escalade frame. 6.0L supercharged engine cranks out 700 HP. 6L80E transmission. All wheel drive. Original cab, hood, bumpers, and grill. A LOT of parts were purchased from LMC. The build took one and a half years to complete. Terry from TS performance in Spruce Grove, Alberta did an incredible job. The body work and paint work performed by Glenn was also exceptional. The build is solid. I love driving the truck. Rise up! 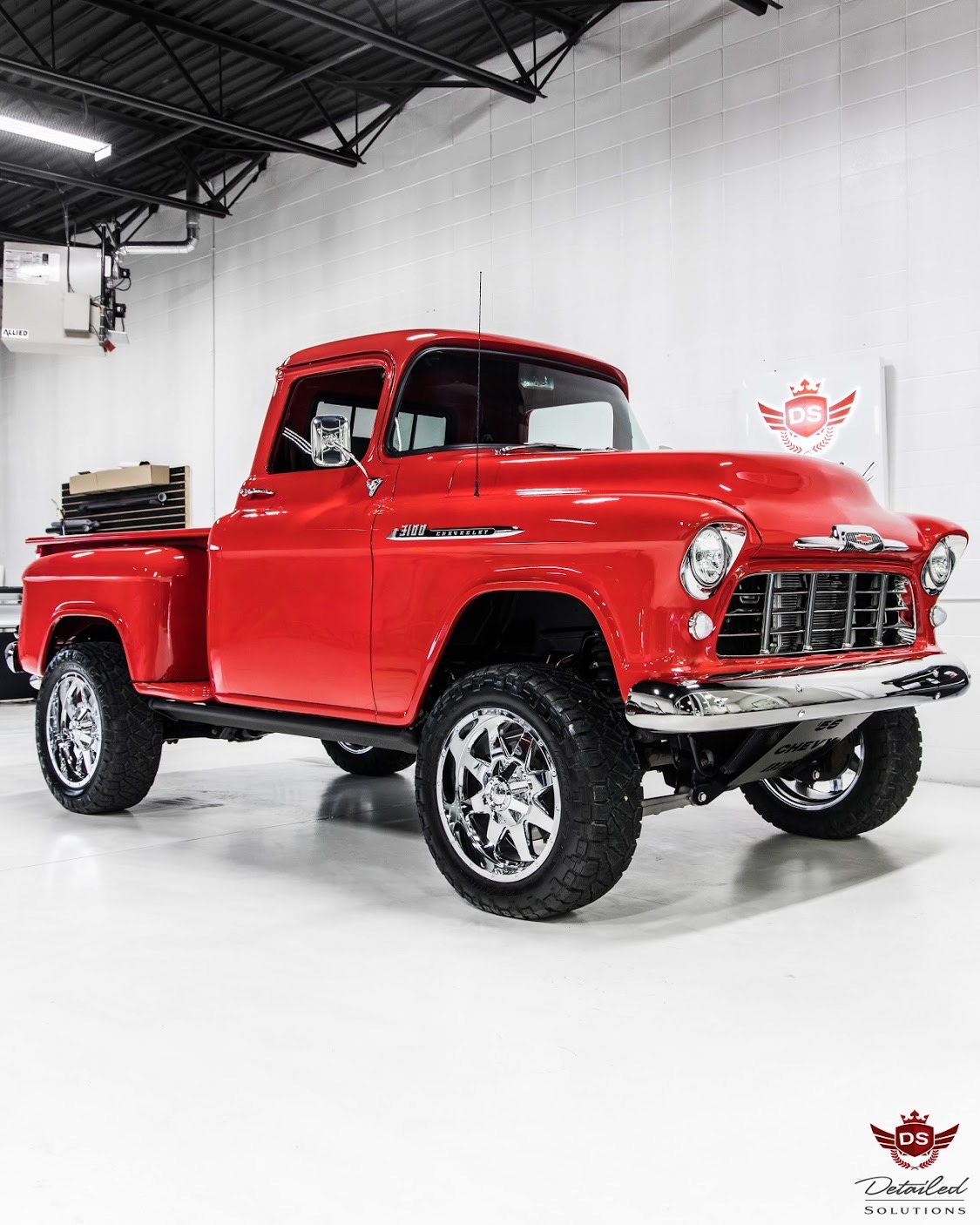