I special ordered this truck from Resort Ford here in Hot Springs to haul my wife, Kay, our two small sons, and a 29 foot fifth wheel camper. It performed its mission admirably, and we sold the camper 10 years later, but kept the truck. Interestingly, it has never been out of service, and the drive train has never been touched. The “Green Machine” (our old CB handle) has never been involved in a wreck, and remains all original, save for a manifold system and twin stainless exhausts. For the past 30 years or so it has mostly lived in its garage, with only the occasional outing to tow the boat or some other “truck” mission, mostly short hauls a couple of times a week. It has (honest) 88k miles total.

It has really been fun as it has gradually evolved into somewhat of a collectors vehicle; I can’t drive it without getting plenty of appreciative thumbs up, notes to buy left on the windshield, and have found people waiting for me, or even under the front end. I had two separate cars, at the same time, follow me into a parking lot a couple of weeks ago to get pictures. It’s quite flattering… In the ensuing 45 years I have never seen a single truck exactly like it. Not one.

Featured is a 390 V8, a four speed on the floor with granny compound, and high and low range fwd. You can pull or climb virtually anything. The AC has been converted and works great. I think we put on every option available; being “top of the line” was important back then, when we really identified with our vehicles. We have always been a little OCD about our cars, but in this case it has paid off. 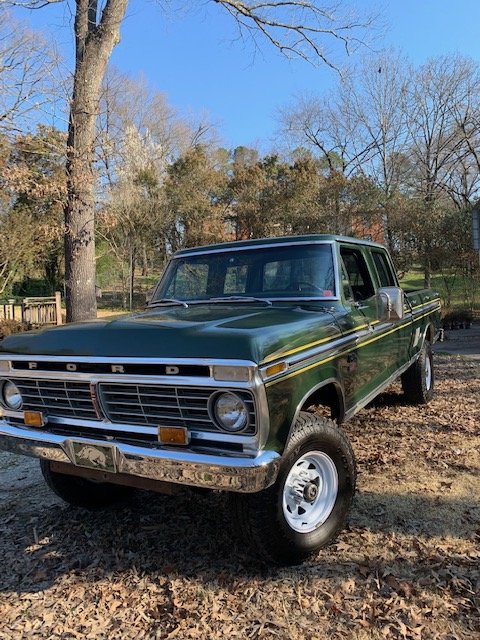