Geronimo Back on the Road

We made the mistake of buying this on EBay. After buying it I found out from the shipper he was a car flipper. The saving grace was it was originally built in Oakland, California and was titled in Idaho. We live in Michigan and it was shipped on a open car hauler. When it arrived you couldn’t even tell what color it was. I was told it was a daily driver… it had no brakes, the wiring was speaker wire, the gas tank was plugged with rust and it used a quart of oil every 90 miles… We had to replace 100% of the brake and fuel system, all suspension and cooling. We also replaced the complete wiring bumper to bumper. Found original rims and had them powder coated. Found a seat and had it recovered. Engine (283 c.i.) and transmission (3 on the tree) rebuilt. We live in the Thumb of Michigan and found a body shop that would do the body work and paint in only two months, they did a fantastic job. It was a lot of work but end results was fantastic. Thanks to LMC for most of the parts, Busted Nut Garage in Marlette, Michigan for the engine rebuild and United Automotive for body and paint work. 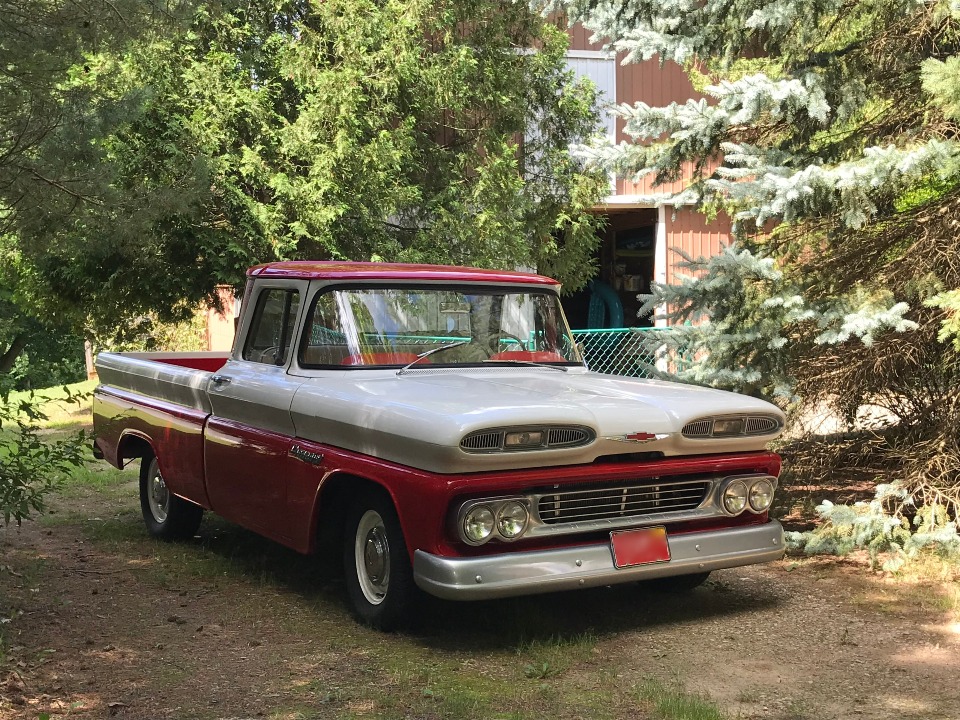