This story is about a new truck in our family that takes the shape of a memory shared with my dad. When I was a young girl, my dad owned a 1979 Custom Deluxe that he used as a farm truck. He had it painted a deep metallic blue shortly after he bought it as the old paint was wearing thin. This was some time around the late 1980’s.
For many years I remember hunting, fishing, flea markets and back country roads driving around with my old man in his blue Chevy he called Ol’ Betsy. She had a straight six with a three on the tree. For 20 plus years, my dad was a dairy farmer and worked long hours. He taught me how to take pride in working hard and how to shoot a gun and how to shift Ol Betsy.
As the years went on, my dad and the old blue Chevy aged and had their share of good times and bad, but Betsy was always reliable and made my dad smile even as the rust started and she faded out. I was in my mid thirties when he called and said, “Old Betsy is yours now. I need you to restore her and make her like she used to be.”
My dad has two daughters. I’m the youngest and the tomboy. I went to art school and then Wyotech to learn paint and body because I’ve always had a passion for old muscle cars and trucks. You can imagine the tears in my eyes knowing Betsy was mine, and as I drove her home with my dad riding shot gun I felt a sense of pride. But as you can imagine after 24 years, the old truck was more rotted out than I could repair. Rockers, floor pans, cab corners, bottoms of the fenders and the doors had long since rotted out. And I parked old Betsy and refused to give up until I had no choice but to pull the engine and transmission, and send her to the scrap yard. My dad was upset but knew it was probably going to be that way, years were rough on them both. All I had left was the heart of the old truck, memories and the center caps hanging on my living room walls.
The beginning of 2020 has been rough on everyone including my dad. He was given a terminal cancer diagnosis and was willing to give up. After some arguing he went for a second opinion and found that it was treatable but during one of his doctors appointments, the little car he’d been driving, busted the axle and was rusted too much to repair. So, my dad reaches out to me for help in finding him a car that would be reliable for his appointments. For two months I tried to find a cheap car to fit his budget and what he could afford. And finally, by chance a miracle happened. A 1981 truck came across my Facebook feed and I contacted the seller who was a friend of a friend. When I saw this truck and the price I couldn’t pass it up. And my eyes filled up with tears. All I could think of was if I could get this truck for my dad and it would be ours, we could spend the last years of his life making new memories like Ol Betsy has been. I didn’t tell my dad until the title was in my hand. And when I called him, he told me the radiation treatments had killed the cancer in his lungs. And I told him the good news about the new truck.
When I tell you she’s a beautiful truck, I mean it. She’s got her spots I’ll fix, but I found my dad a 1981 C10 with all original paint and the 250 engine. She’s got 117k miles and the interior is clean. The doors open and close like a new truck. She’s been well taken care of. The funny thing is, old Betsy had a gun rack and a suicide knob on the steering wheel. This new truck had the gun rack, and I found a suicide knob on eBay. To be able to do this for my old man, is a gift from God. And this old truck is now named Blue Jean Betty, and she’s home for good. 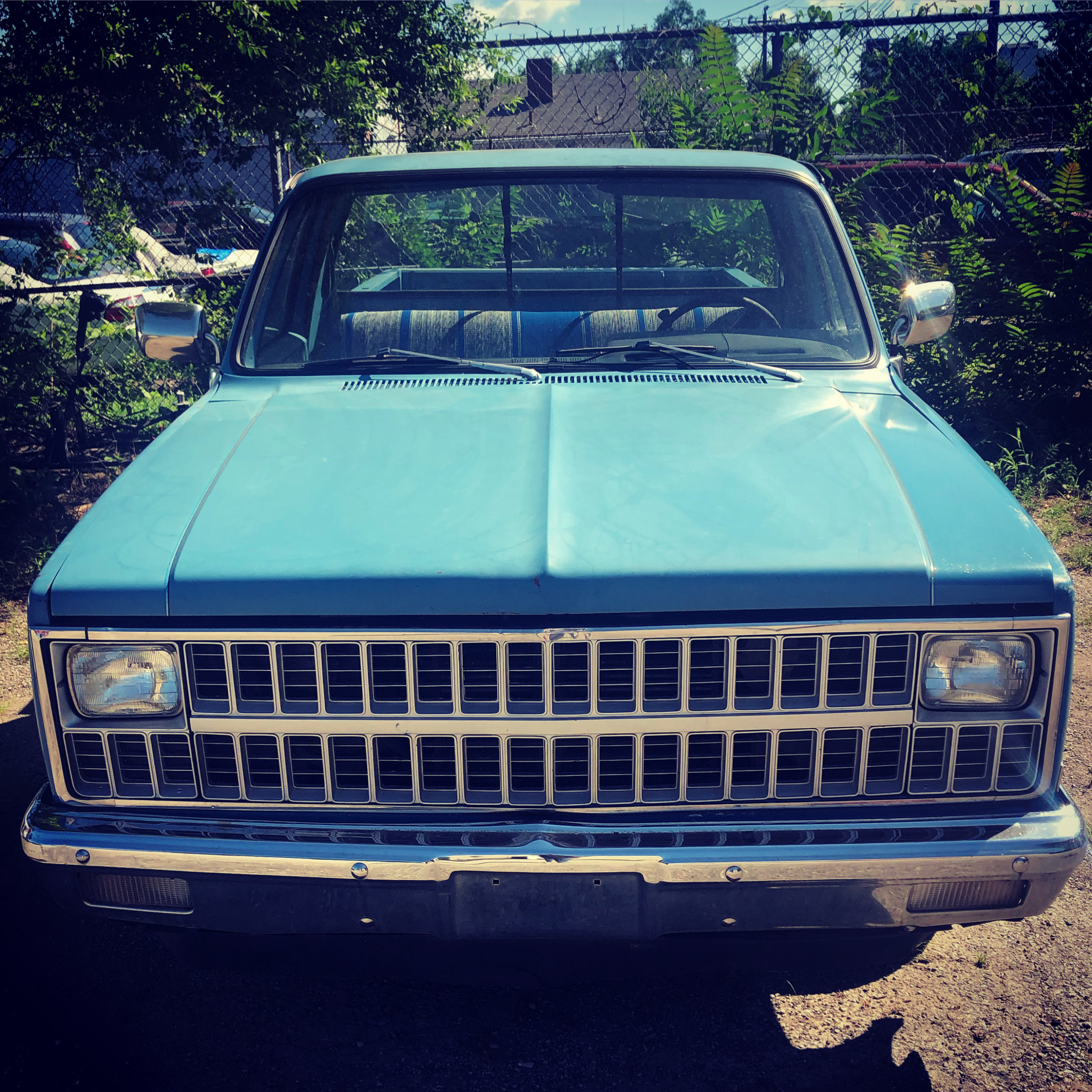