It was 1974 and I was running my lawn care business out of my dad’s 1960 Chevy C10. I was working one day and passed an old broken down ’64 GMC 4X4 in a backstreet neighborhood. I stopped to look at it and it had no battery and no front driveline but the owner said it would still run. I gave him $400 and put a battery and some gas in it and drove it home with minimal brakes. Over the summer I did the major mechanical repairs on it and started using it for hauling my lawn equipment. It served me well for three years until I went away to college and I parked it at my parent’s home for several years. Eventually I married and moved to Cleveland with no specific plans for the truck.
After three years my Dad asked what I was going to do with the GMC and I decided to have it shipped to me on a flatbed and I would begin a frame-off restoration. The next eight years consisted of dismantling it to the frame, rebuilding the axles as well as the 305 V-6 and the drivetrain, sandblasting and dipping the entire truck and then the final paint and reassembly. I used the old bed boards as templates and cut new boards from red oak that I had milled off of my property. LMC had the majority of parts that I needed for the restoration; especially the stainless applications.
It was a labor of love with all of the memories I had in that truck and it had served me well for many years. When I drive it on the street or to a show, I frequently get a “thumb’s up” or a wave and a smile. That makes all of the time and effort worthwhile and puts a smile on my face! 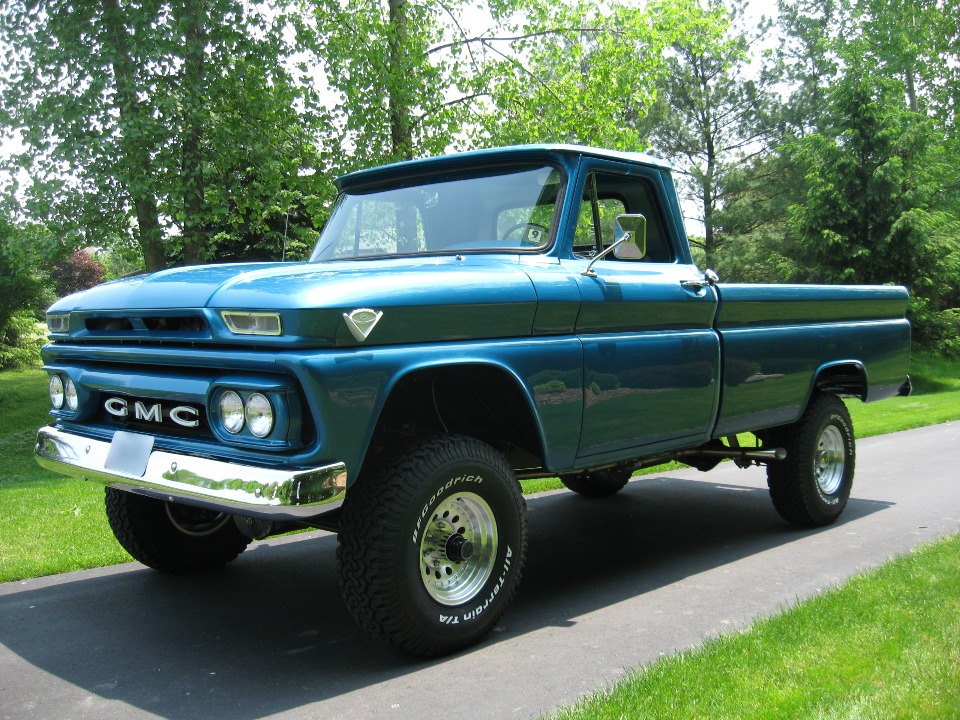