I’ve always wanted this truck since I was a freshmen in high school. It was owned by a buddies father. He had flowmaster exhaust on the 351 and would always get on it leaving sports functions. I remember going for a ride in it when I was 16. After much searching, and the help of others in the community, I found the truck 14 years later. The owner had passed away, and truck was sold to a farmer. I found the truck surrounded by weeds near a field in a gravel lot. I knew it was the truck by the way it sat, and the “case IH” front License plate. After obsessing for months I was able to get in touch with the owner, and exchanged $500 for a rusted out, non running, blown transmission 95 f150 xlt. After 3 years, and many hours I have switched out the doors to power doors and locks, and replaced most interior pieces to original form. Installed airbag suspension front and back, with a parallel 4 link rear end. Front was lowered more with DJM dream beams prior to the airbags. Motor has been rebuilt, with a Ford racing cam, lightning heads, long tube headers and 3” MAC mufflers. Transmission has also been rebuilt. After many years I finally have the exact truck that I dreamed about having, and thanks to LMC truck, I have gotten it back on the road to enjoy, and pass down to my daughter. THANKS LMC!! 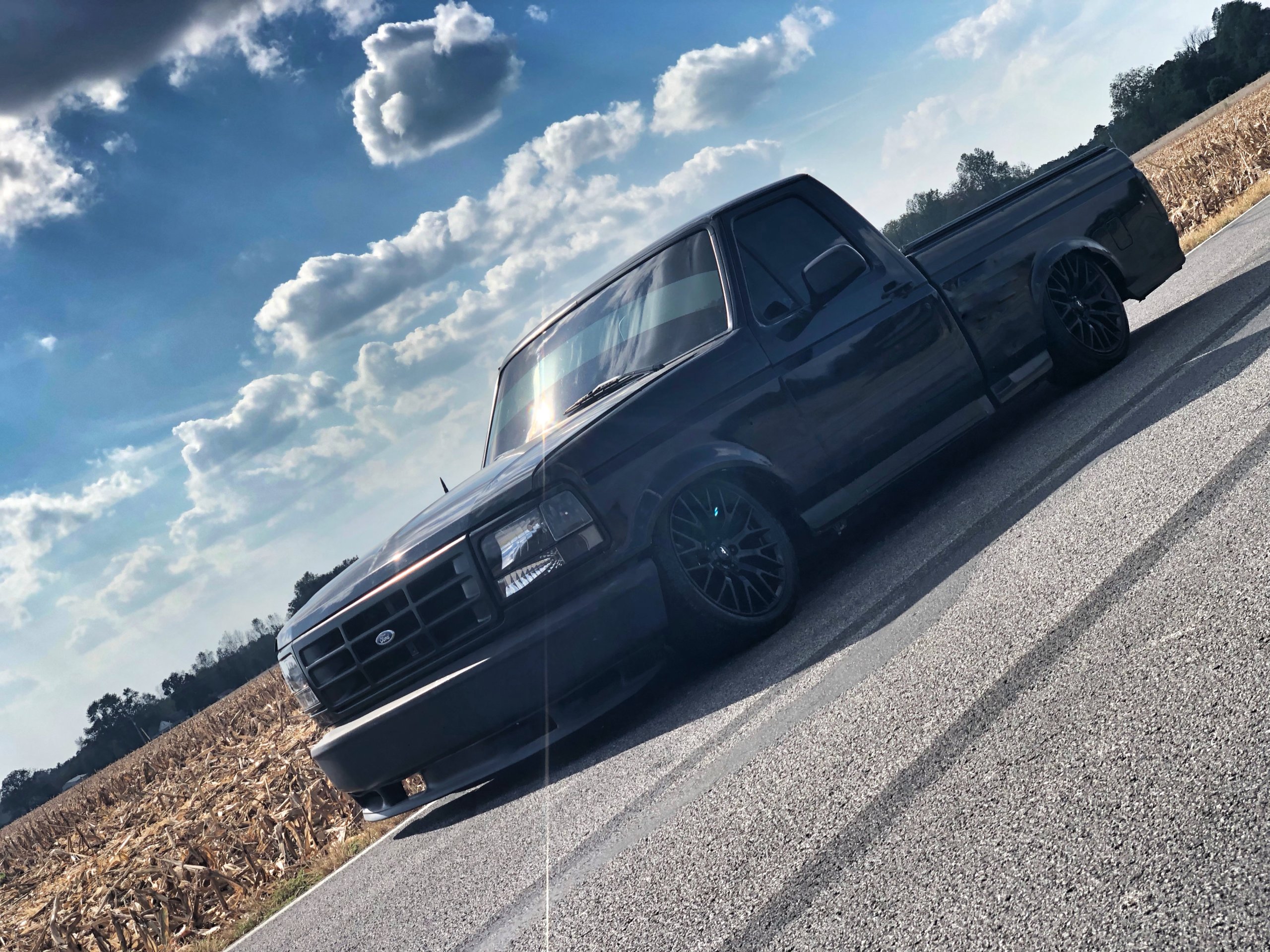