I bought my 1979 Dodge Li’l Red Express in 1994 after looking for about a year in Missouri. I found one in North Carolina, my dad, brother and grandpa Jr. went with me for a 22 hour round trip and became the third owner. I bought new rear tires in Cape Girardeau and should have bought front ones as well, 10 miles from home a rear tire blew out and tore up a rear fender. Jump forward 22 years later to December 2016. I was changing oil outside and a man came down the street and asked if he could take some pictures and told me he was directing a music video for Rascal Flatts and would like my truck in the video. I was in dibelief, but he contacted me later and lined us up to go to Nashville in early 2017. I got to be on set, meet the actors Kristy Swanson and Kevin Farley and hung out with the director, Billy Zabka. I even got to drive the truck in one scene (which they edited where you didn’t see me). The video is on YouTube and is called ‘Yours If You Want It’. I still enjoy driving it and getting a thumbs up or a smile from other drivers. I take it to car shows and post often on Instagram @79lilredtruck. It will always stay in the family and I hope to restore it one day with parts bought from LMC. 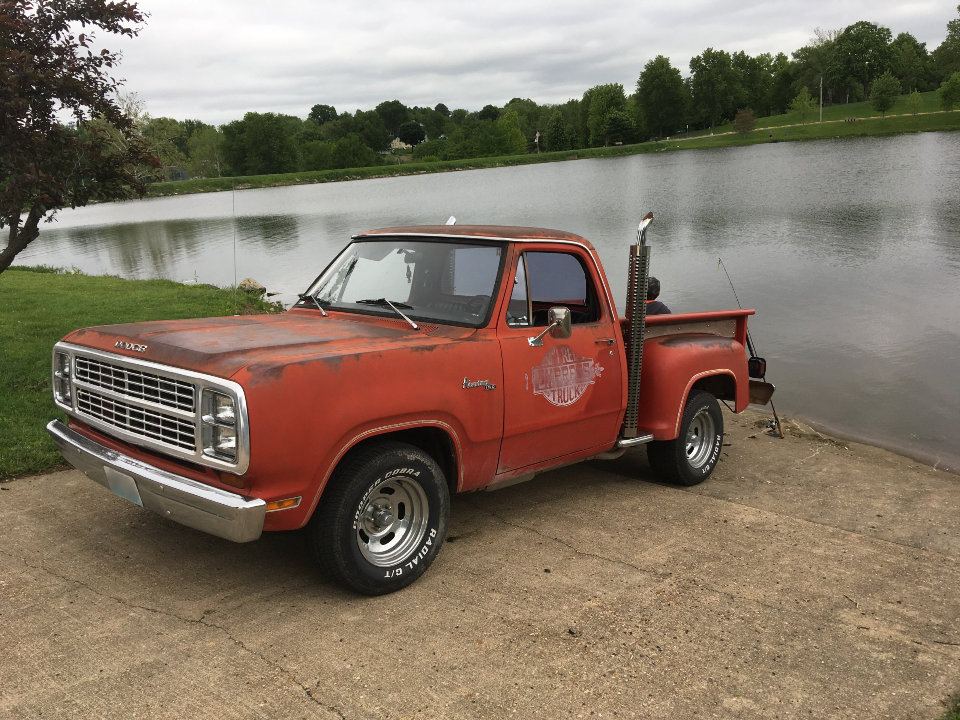