This story about my 2007 Chevy Silverado starts shortly after I retired & moved to the Phoenix suburbs three years ago. My wife and I left the chill of Chicagoland, finally, to escape to the welcoming & warm state of Arizona. We settled into a 55 & older community. I had brought with me my 2006 GMC Sierra. It was approaching 150,000 miles and I had recently spent quite a sum on repairs to the brakes and electrical system. The 4.3L engine was lacking in power in traversing the mountain ranges here in Arizona. I was definitely looking for a new truck with a V8 power plant!

My daily walking routine through the community led me to meeting a neighbor named Doug who walked his two basset hounds. Doug was extremely friendly & was also a Cubs fan. We became friends.. In conversations, I found out that Doug was an Army Vietnam vet, having served as a medic on a medivac helicopter. He relayed to me that he was blind in one eye due to shrapnel sustained from enemy incoming fire. I thanked Doug for his service as I always do to veterans I meet.

A few months later I noticed a for sale sign on Doug’s 2007 Chevy Silverado. I took a cursory look at it & didn’t much of it at the time. In further conversations, I found out that Doug had his drivers license revoked due to medical reasons.

Over the next few weeks I became intrigued with the truck. Cosmetically, it had seen much better days. The body & paint needed a lot of work. BUT when I lifted the hood to check out the 5.3 L Vortek engine I was amazed! It looked like a factory crate engine had been installed but it was all original. In addition, the engine had only 65,000 miles on it with absolutely no signs of fluid leaks. I wanted this truck & I wanted to do a truck project for sure. I quick drive sealed the deal with Doug.

Needless to say, I ended up going well past my original budget of $10,000 for repairs. I spent liberally to bring this New Body 2007 Chevy Silverado back to its original, timeless glory. Besides body & paint, the truck received a new custom leather interior, nerf bars, front grille and emblems, brakes all around, shocks/struts and a fiberglass Tonneau cover. I topped it off with five new pieces of glass and a set of 305/50R wide trac Nitto tires.

It was truly a labor of love. I not only have my last forever truck but I also have the personal satisfaction of seeing the appreciation in Doug’s eyes along with his personal thanks for restoring his last truck. For my part, it is my way of thanking him for his courage and sacrifice in his service to our country. 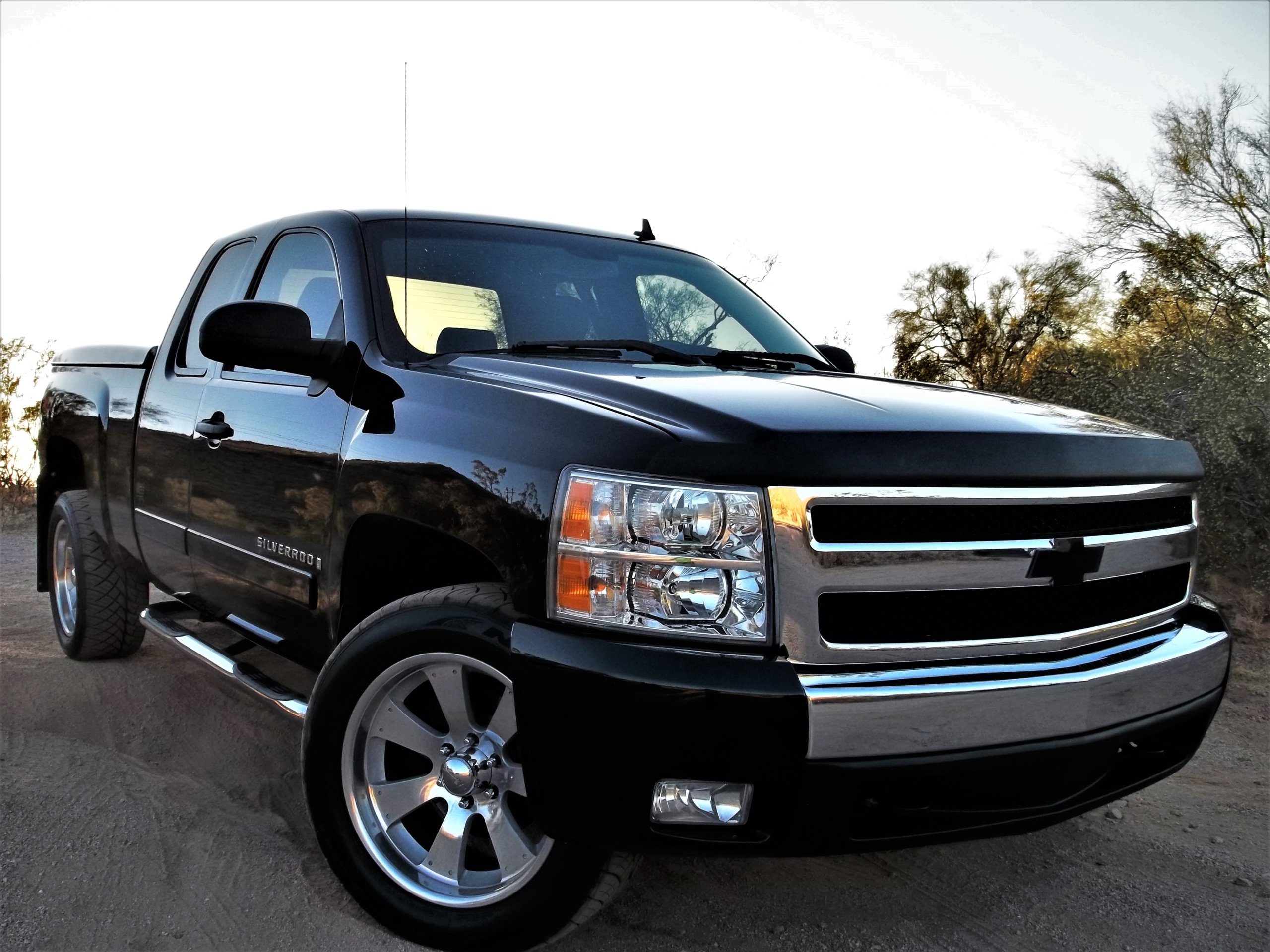