I’m a Chevy man, always have been, and I’ve gone through many Chevy trucks and cars with little to no issues. Well years back I sold my truck because I needed a car for commuting to work more than I needed a truck, but six months back I was in a position where I wanted to get a camper so I started looking for trucks again. I wanted something cheap that’ll still do the job and maybe a bit of a project as well, so I was open to Dodges, and I found a 2006 Dodge Ram 1500 5.7 Hemi right in my price range, I was hesitant to get a Dodge, but I went for it. I’ve had this truck for about 6 months now and I have had to replace the charcoal canister, EVAP solenoid, EGR valve, EVAP canister, the battery, all 16 spark plugs due to misfires, the transmission fluid and filters due to shifting issues and leaks, repair the dash cluster due to tampering and the RPM gauge going screwy, flush out the radiator and heater core due to blockage, wire up a ground to the throttle for better response, replaced all 4 MDS solenoids (which didn’t fix the issue), replaced all 4 rotors and brake pads due to warping, cleaned the fuel injectors, and replaced the tires due to dry rot. The upgrades I’ve done so far is I put on a class 4 hitch, the tires I got are 32 inch all terrain, running boards, a step up for the bed, and a superchip flashpaq programmer (originally to turn off the stupid MDS). My next upgrades will be installing 4.56 diff gears, a transmission temp gauge, and tow mirrors. My wife absolutely hates this truck, it is by far the worst truck I have ever dealt with, and hands down my favorite truck I’ve ever owned. I’ve learned more about trucks in the last 6 months than I ever knew before, I love working on it, learning better ways to tweak it, ways to improve on it, or just figuring out how the system works, and most importantly it tows like a beast. This thing has been a huge pain mechanically (typical Dodge), but even more fun to work on. 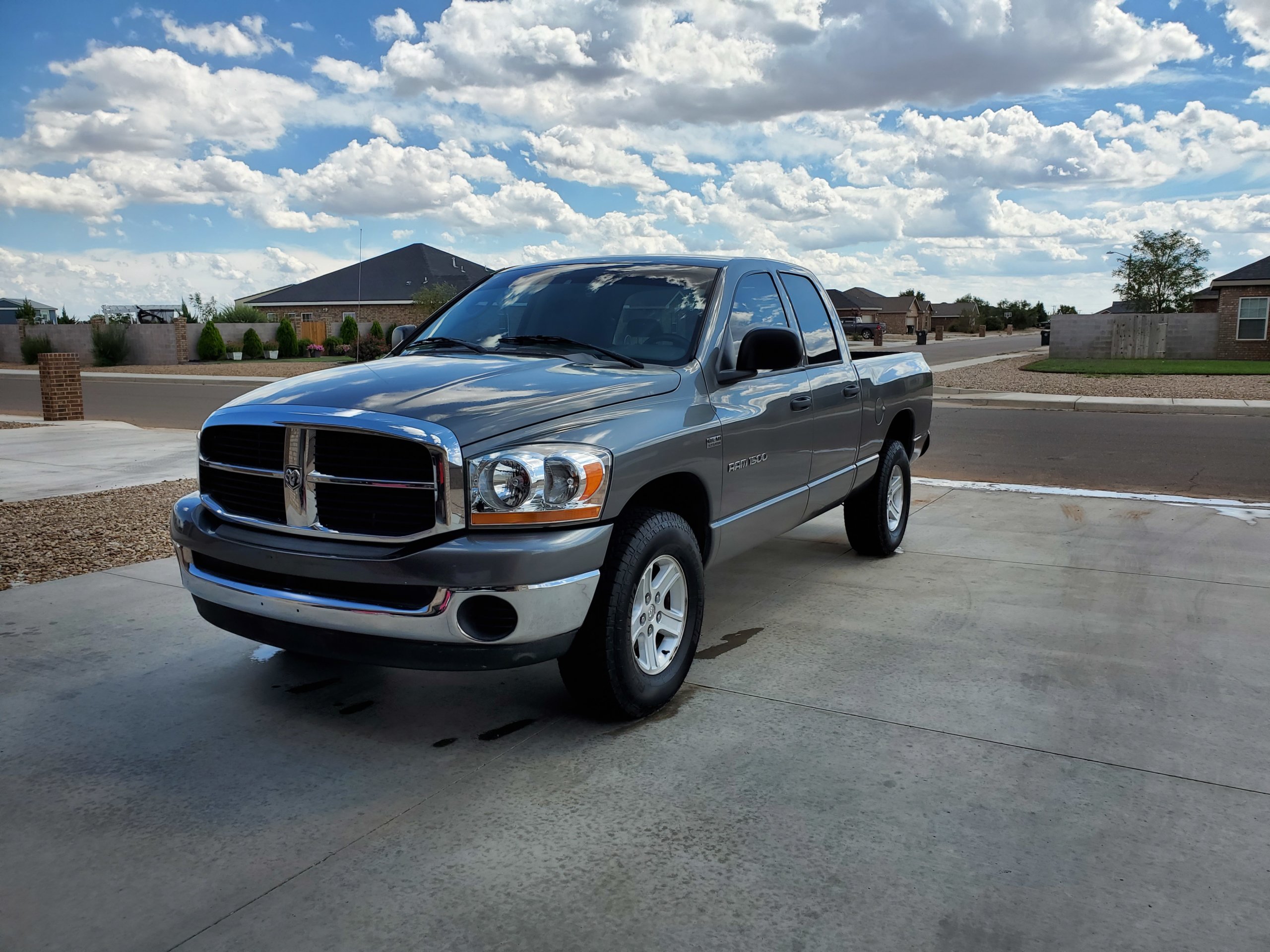