When I was a kid, I remember my dad picking up a 1990 Ford Ranger XLT in Crystal Blue Metallic.
He could never go anywhere in it without my younger brother and myself wanting to tag along.
Even if we were going out, along with my mom, we’d beg him to take the Ranger. So we’d pack in the truck and head out. I can only imagine how uncomfortable it was for them, but I guess seeing my brother and myself grinning ear to ear was worth it.
As time passed, we got bigger and my dad needed more space. He ended up selling the truck. I can’t remember what he got to replace it…it didn’t matter.
Forward to 2013, I was on good old craigslist at 2am looking for a new ride. That’s when I came across an ad for a 1990 Ford Ranger XLT 4.0 5-speed in the Crystal Blue Metallic I remembered from my childhood. It was identical to my dads. I HAD to have it.
I called the guy first thing that morning and told him I’d swing by in a few hours.
I asked my dad and my brother to tag along, they had no clue what I was going to see.
My dads first words when we pulled in to the driveway was “no sh*t!”.
This thing was impeccable. The owner had clearly babied it. After a test drive, I began the negotiation process. 15 minutes later, he was signing the title over and off we went.
Eventually, I found myself in a situation similar to my dads, I needed more room. I had a buyer swing by the same day I listed it for sale. Off she went.

It’s been 5 years since I sold the truck, and I still kick myself for it every day.
These trucks are becoming harder and harder to come by, but my hope is that I can find one just like it, or better yet, find the guy I sold mine to.

*Side note* If any reading this knows of one up for sale in the NY/tristate area, please message me on Instagram @jvburnout 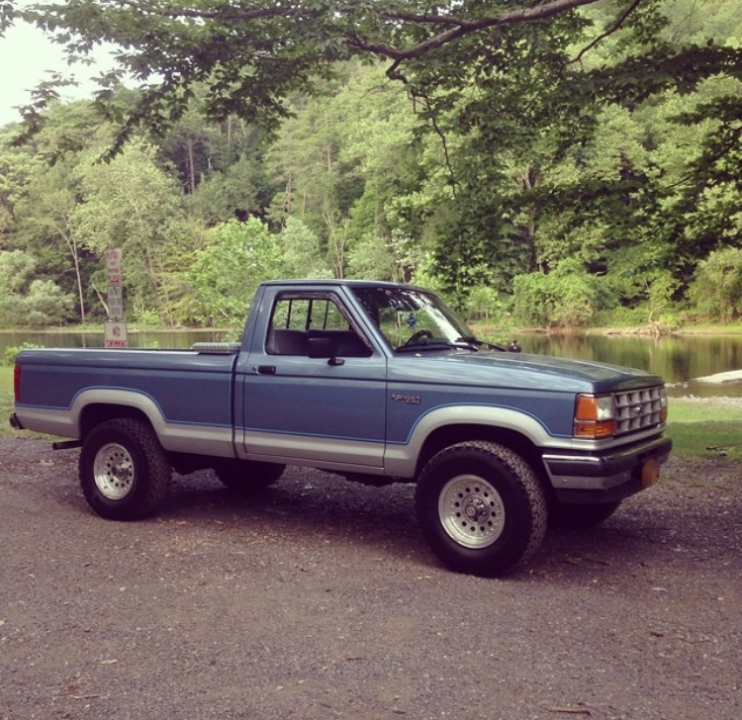