I was born in 1944 and grew up in North Alabama on rocky, hill land as a sharecropper’s son. Most of our traveling was by walking or using a mule and wagon. The only car my Dad ever owned was a 1939 Ford, which stayed broke down most of the time. It was difficult for him to have money to repair it and to pay for gasoline at 28 cents per gallon.

I got married June 26, 1964 at the age of 20 and worked for an eye glass company. Shortly after getting married, I was delivering eye glasses to a doctor’s office and spotted a 1948 F-1 in a man’s driveway. After looking at the truck for a couple of weeks, I stopped to see if the man would be interested in selling it. He said he hadn’t thought about it, but he guessed he would sell it to me for $250. At that time, I made $37 per week. The same afternoon, I went back to test drive the truck and wrote him a check for $250.

I was washing the truck when my wife came home and she asked whose truck I was washing. I told her it was ‘ours’. She said ‘we’ don’t need a truck. I thought all men needed a truck. She began asking questions: where? how much? and how did I pay for it? I told her I wrote a check and she asked how did I know how much money we had in the bank. I told her I assumed since we had checks that we also had money. She explained to me that we need to talk about things before we make big purchases.

From 1964 to 1978, I used the truck to carry goats, hogs, firewood, hunting, fishing or whatever. I put the truck in the barn for the next 22 years. In 2000, I pulled it out and started taking it apart down to the frame. After nine years, I finally finished restoring the truck. In the 1970’s, I started collecting 1948 die cast and miniature toy trucks. I now have 45 in my collection and I occasionally display them in the truck bed at car and truck shows.

55 years later, I still have my wife and we still have OUR truck. I enjoy driving the truck daily, going to car and truck shows or just joy riding with the ‘co-owner’. I plan to pass the truck down and keep it in the family.

Thanks to LMC for all the help with parts and service during the long, nine years of work. (By the way, the original door key still works) 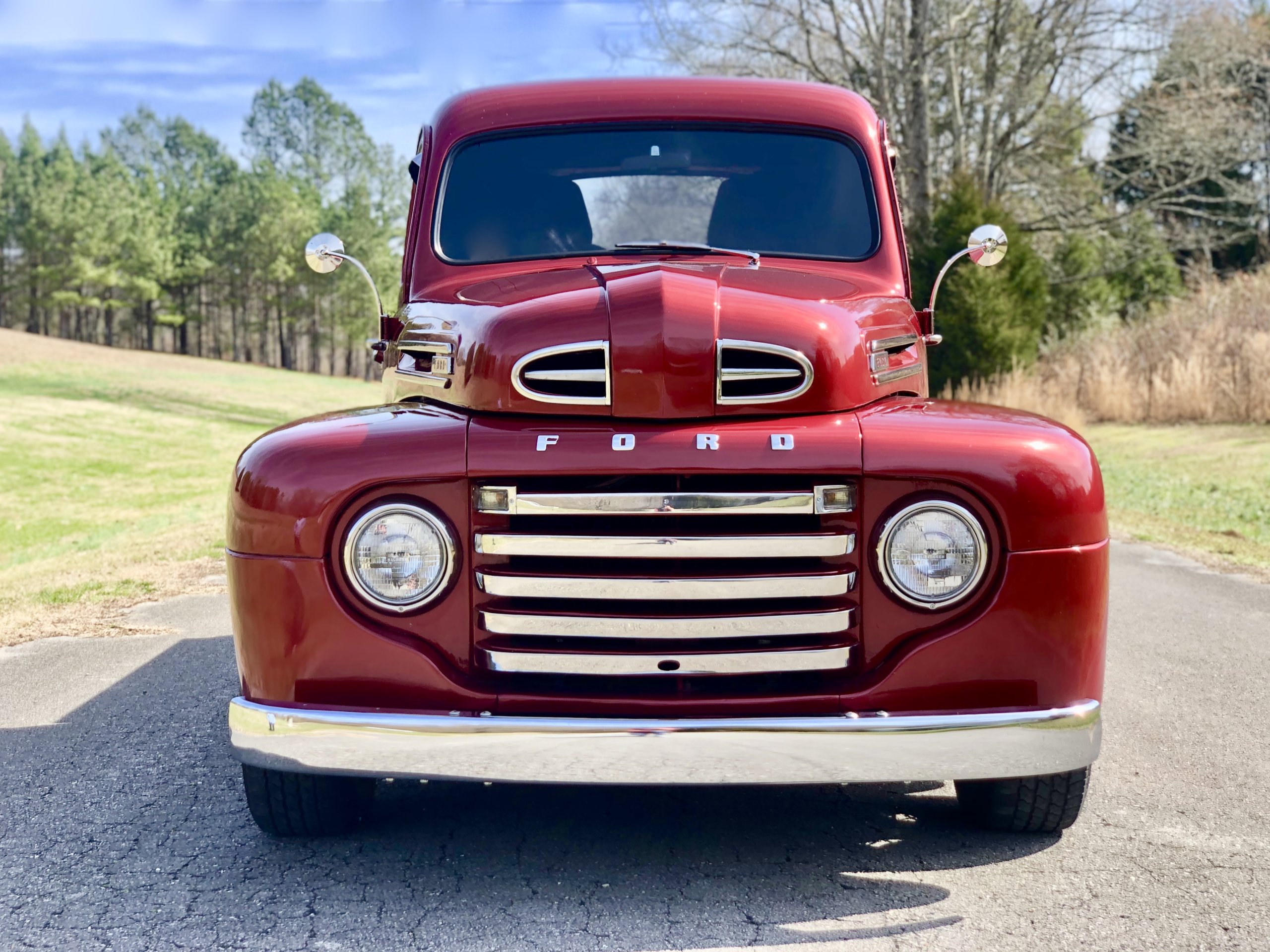