When I met my wife, it was the 2nd marriages for both of us. Finances were tight, but living in NJ we needed a vehicle to get through all types of weather. We also needed a vehicle to handle 2 boys. Rather than an engagement ring, my wife decided “Let’s buy a truck”. I have been a Chevy guy since learning to drive on my dad’s ’53 Chevy Deluxe.
This S10 was our go to vehicle for everything. When my wife found out she needed both knees replaced, I decided to pull out the T5 BW 5-speed and install a 700-R4. Of course one thing leads to another. It now has a Chevy “K” 5.7 TBI with Edelbrock intake, Patriot Headers, B&M trans Pan, Canton 7 qt. oil pan. I have also converted to an SSBC all disc brake package.
The truck began it’s adventure in New Jersey, moved to Arizona for 13 years and now resides in North Carolina.
Through LMC, I have always received parts needed for the swap, and now I have received a new headliner and visors.
It is still a work in progress, but being I just retired, I can work on it at my leisure. Who knows what’s next? 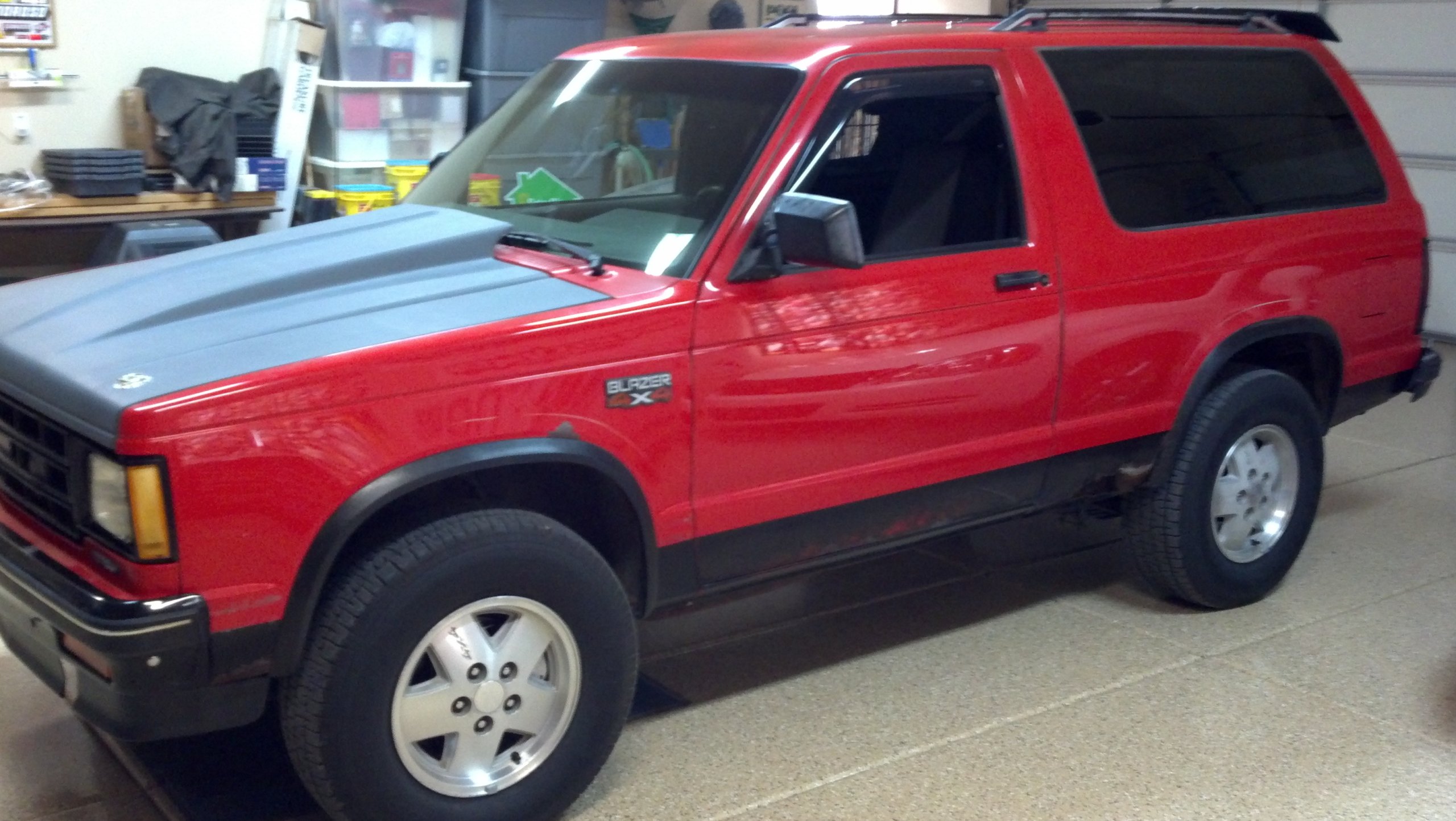