Well I got the truck after a low point in life. I got hurt at work in a private prison as a corrections officer in Nov 2017 and was out of work for a few months. After I returned to work I needed to reward myself and found this 1979 GMC Sierra Heavy Half 350/TH350 for sale in my home town of El Reno, Oklahoma. I graduated high school there in 2015 and had a 1983 Silverado that was the same colors as this one and I had to have it. I regretted selling my 83 more than anything but life happens. Over the 2 years I’ve had the GMC I’ve had to put some work into it. First it over heated due to a bad head gasket the the motor I thought blew up after fixing it same issue with head gasket. It’s currently being rebuilt slowly but surely. 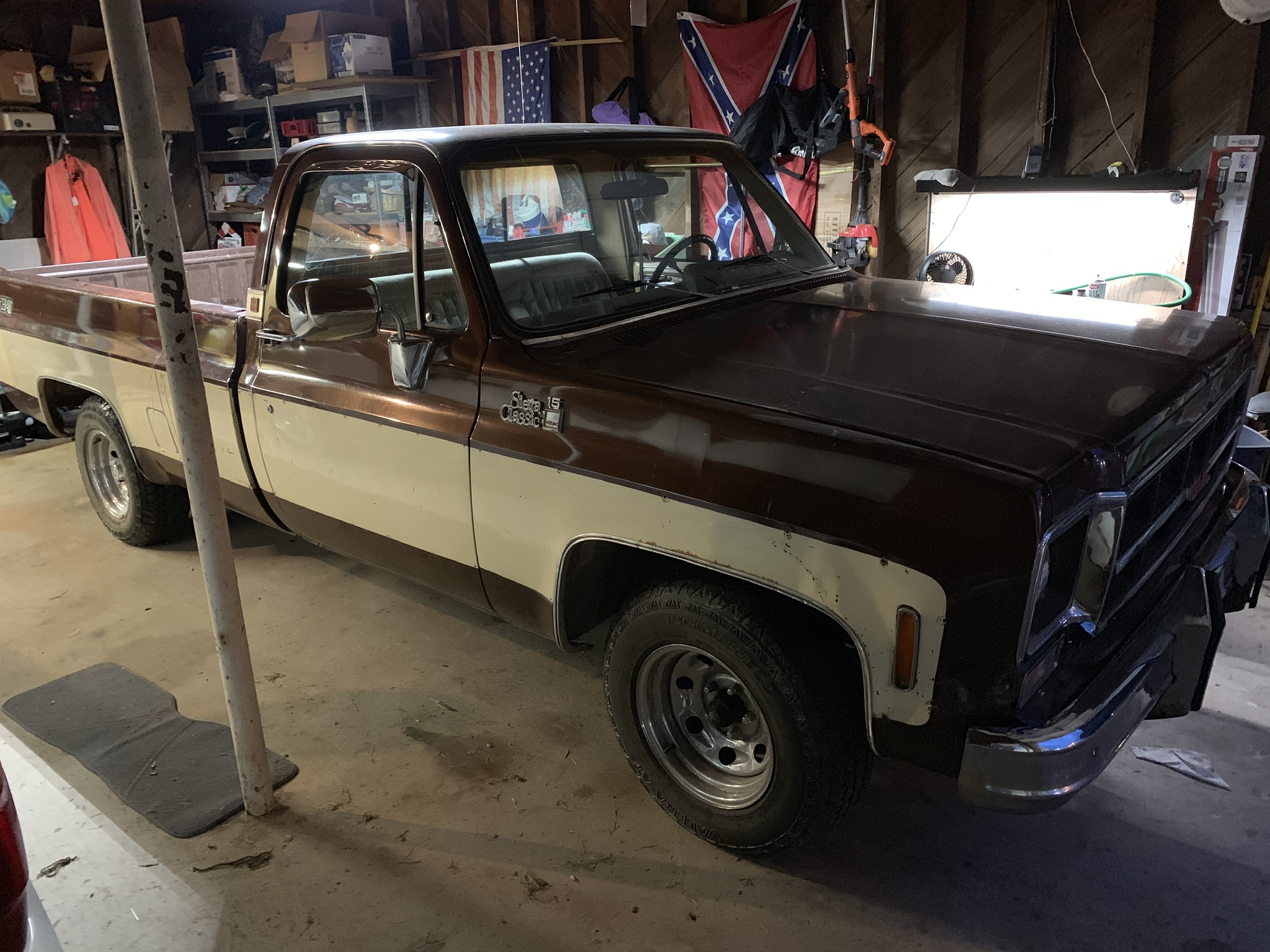