Memories in a 62 Ford

In 1972 my grandpa bought this truck from a friend who bought it new in 62. Since then the truck has been the cause of thousands of memories for my family. It’s a V8 292, and an F250 ¾ ton. It is also one of the only unibody trucks you will ever see on the road. When my grandpa, who we call Papa, bought it my mom was only five years old. It came with a camper attached on its bed, which allowed my mom and her sister to have many unforgettable nights as Papa took them camping in places all around Colorado. It’s also the truck that my mom drove to high school, and even the vehicle she rode to her marriage reception. The truck meant a lot to them, and it would eventually mean a lot to me.

At a young age I realized that the truck was my favorite vehicle to ride in. My grandparents’ home was only four minutes away from mine, and I always wanted Papa to pick me up in his classic truck. When we rode in it on cold days, he would tell me that it had power steering because it took “all his power to steer it.” I can remember him letting me sit on his lap while he drove, and I would grab the steering wheel thinking that I was the one making it turn. In reality, Papa had his two hands on the wheel the whole time. When I got older it became one of the first vehicles I learned how to drive. It has the four on the floor transmission, and Papa explained that I should just start it in second gear and then get a feel for how to use the clutch. I can remember the nervous excitement that came with merging onto and then off of the highway while he helped teach me how to drive.

The summer before my sixteenth birthday Papa told me that together, and with the help of some friends, we were going to restore the old truck. The truck was still running relatively well, but of course the years had worn down some of its parts. At the time it was 54 years old, but still had the original motor and only 142,000 miles on it. We constructed a list of all the fixes we wanted to make and agreed that once we had completed all the jobs, we would send it in to give it a new paint job. One of the most challenging problems we faced was to figure out what was causing the horn to not function. Everyone we talked to could not understand how to fix it until one of Papa’s old friends told us it was actually the cab mounts rusting through that caused the body of the truck to sink down and cause a gap in the steering column. We fixed that problem and many others until all of the truck’s ailments were cured. After some minor engine tune ups it was running smoother than ever. Papa’s neighbors were thankful that the truck’s backfires would no longer announce the departure and arrival of my grandpa. It was finally time to send the truck in for its paint job.

A few weeks later it was July and my sixteenth birthday. As had always been the tradition, I went over with my family to my grandparents’ house for dinner to have spaghetti and homemade meatballs. When we got there, I saw my grandpa standing next to the truck, which looked like it had just gotten out of the show room. It was newly painted and had a happy birthday balloon attached to the right rear-view mirror. Papa was standing next to it with its keys in his hands. He handed me the keys and told me to go “test out your new truck.” There was no other car that I’d rather drive that day. It was definitely a birthday that I’ll never forget!

The next school year I drove the truck to high school every day. My senior year my sister and would ride in it together to school and everybody would know who it was when an old white truck would roll up a few seconds before the tardy bell rang. And of course Papa knows who’s visiting him when he sees the 62 Ford park in front of his house. 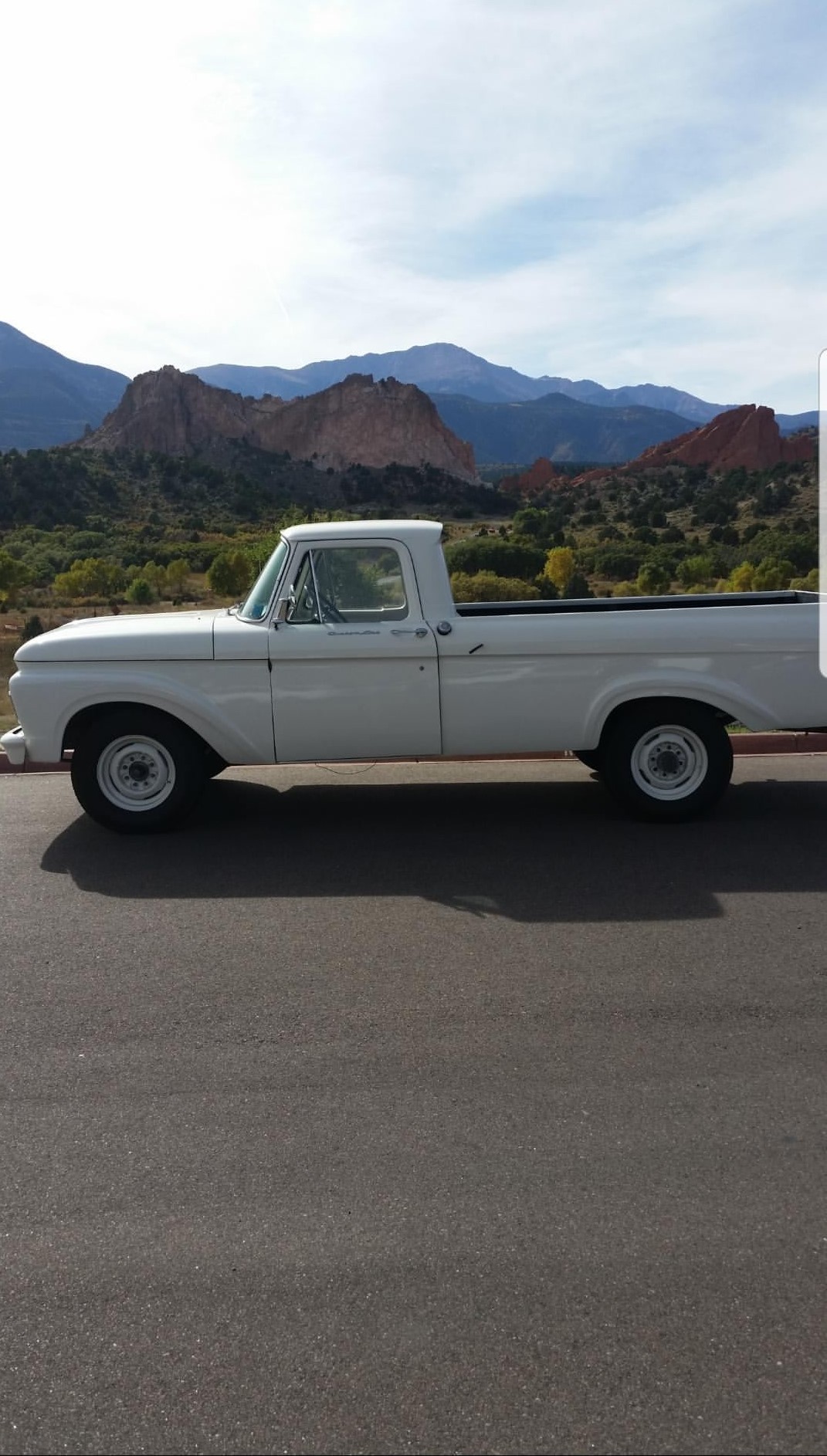