I saved this truck in the summer of 2017. I found it covered in mushrooms buried in a fence line near Watertown, WI. The truck was going to be cut up for scrap metal since there was no title for it. I just could not see killing such a beautiful vehicle so I bought it for five hundred dollars. I immediately started to restore it. It had not ran for at least 10 years with the last license being in 2006.

It originally had a 223 I6 but when I opened the hood I found that it had been swapped for a 390. the wiring on the truck was a mess, the interior trashed, and nearly all glass panels cracked. I put a new wiring harness in, rebuilt the carburetor, put a new fuel pump in, and repaired brakes all around. I’m continuing to restore it one piece at a time. it’s a beautiful fully functioning piece of American history for Ford and also the Ernest Holmes wrecker company. It turns heads everywhere it goes. 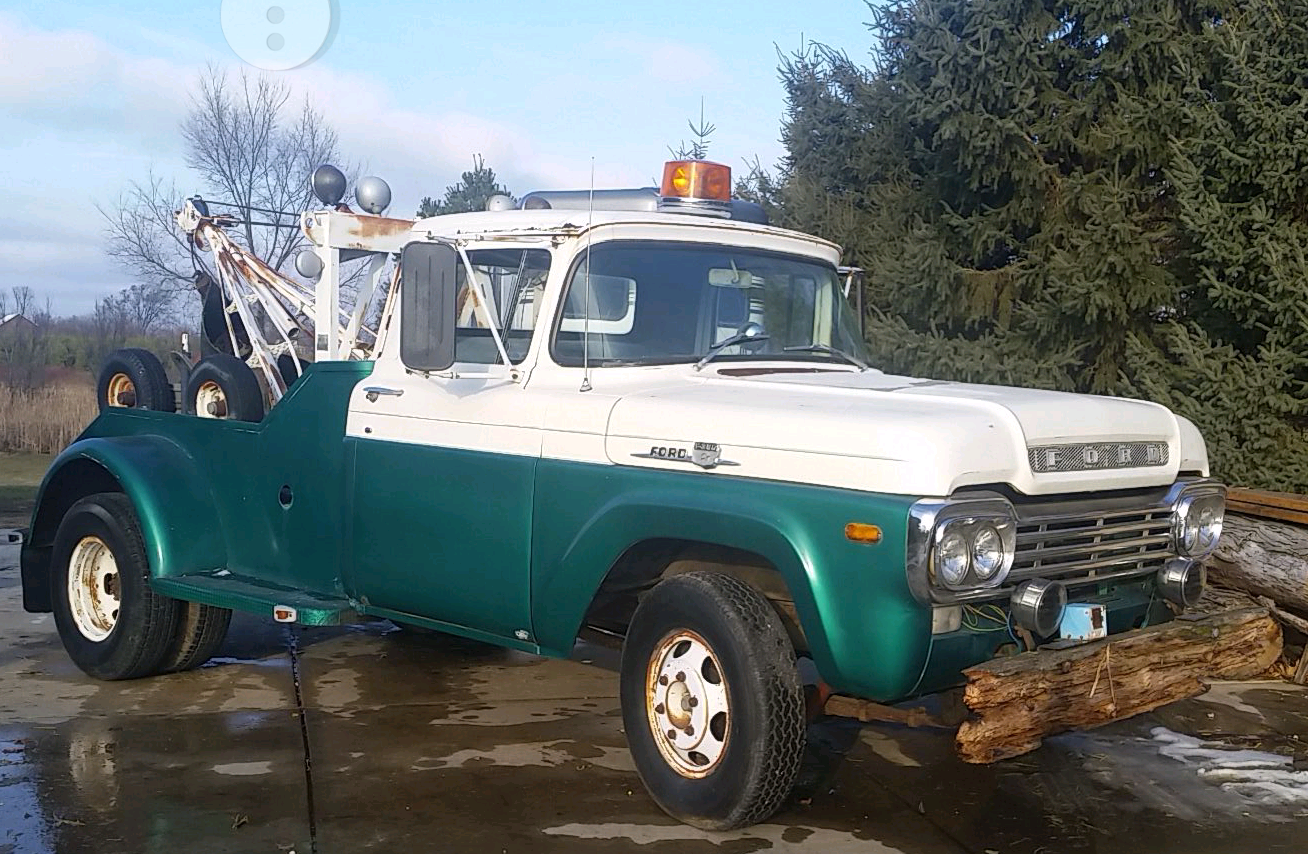