I bought this W150 from my Dad, he had owned if for about 8 years. It started it’s life as a government vehicle for the Oregon State Game Dept., used as a Game Wardens truck.

It’s a 1990 W150, auto trans, 360, superwinch hubs, and cab cargo light. It’s tan and a short bed, which the short bed I thought was odd for a government vehicle.
Dad bought it from the auction and it came with all the service records. He only used it in the 8 years just a handful of times, hunting and hauling hay to the animals. So it mostly sat in the field until he needed it.

I bought it from him last winter and went through all fluids and changed tires and wheels. Got rid of the canopy (it was the wrong one for the truck anyway), and cleansed all the green slime off of it. Dad always parked it under the tree in his field.

So now it’s my daily driver, still have a lot of work to do to it but that’s normal with any vehicle. I will probably drive it until the body rattles off of it. Oh did I forget to mention that the truck is rust free?!! At least this one never made it to the crusher. 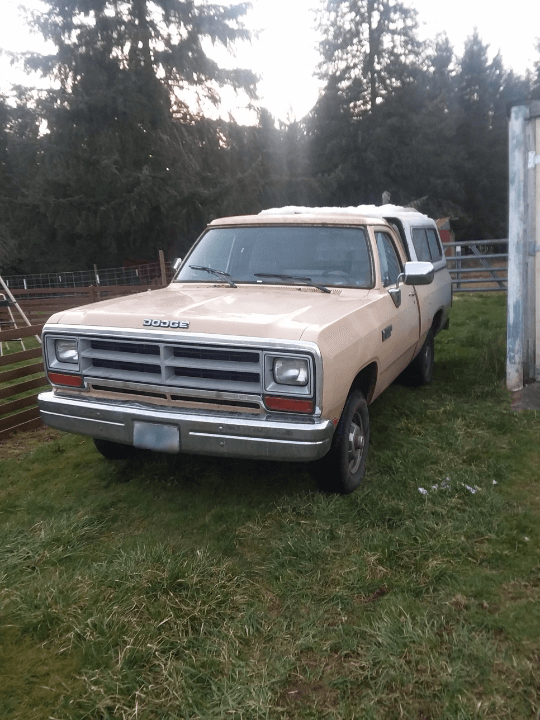