A Little Bit of Everything

As a child, I grew up in a family of car guys, bikers and hippies. And there was my great uncle John Myers. I have a little bit of everything in me. But even as a small kid I was amazed at the beauty of my great uncles van. He was a Vietnam vet a wood worker a train lover and a vanner. He had the most BEAUTIFUL van till this day ever seen. Few years back cancer had taken John. John’s sister my grandmother was so heart broken. And on top of that she had control of his will and property. She divided it all up kept it in the family. Like a lot of family’s. Someone dies greed kicks in family is fighting. Just destroying my grandmother. Which was killing me, my grandmother is the most important woman on the planet to me. But anyway my uncle John had two vans. The one went to the car club. That he belonged to and the other the lawyer told her she had to sell.

The thought of someone buying it and never see it again, a stranger owning her brothers van. I could see really bugged her. The other option was sell it to my dad who had plans to rip it apart to haul his dog. My wife and I couldn’t take it any more, too much pain for my grandmother. So we went and purchased the van and took it home. Driving it home that day was the day I got hooked. It felt like john was happy and with me.

Since then I have owned nothing but vans. Every time I get behind the wheel he’s sitting right there with me. I drive my vans in memory of my Uncle John and my grandmother had felt better knowing I had it and was keeping his memory and life style alive. Well that’s pretty much how I got into vans. 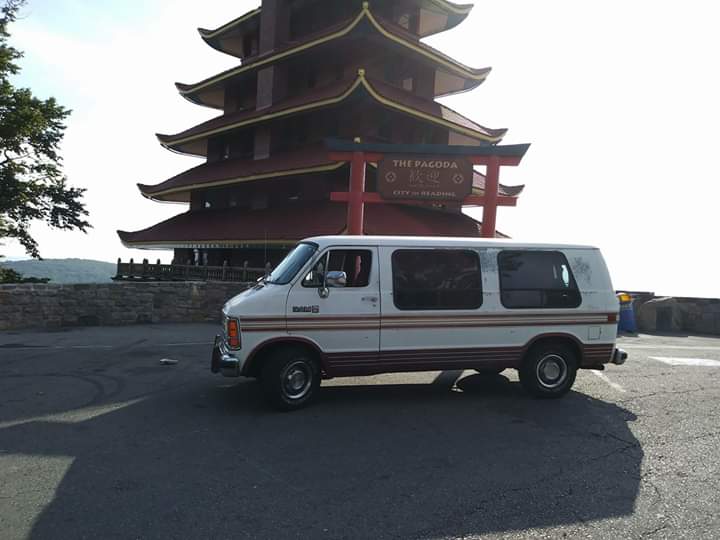