I purchased this truck 4 years ago, It was a father son project that had then lost interest. When I bought the truck there were a few things done, 3in body lift, interior was redone a custom exhaust. The tried and true 2.9L was hurting, started very hard along with a cracked cylinder head. Long story short the engine was ruined due to being run with coolant in the oil and washed the rod bearings. I swapped a rebuilt 2.9L back into the truck in 2017. Once the drive line was straightened out it was time to start in on going up. The first “lift” was a 6in BDS soft ride, the truck being a project I maybe drove it 300 miles. The weak D28 TTB did not like the 33×12.50 BFG and I ended up breaking the axle shafts on one of the first off-road adventures.

After that the truck sat for another year as I gathered parts to swap both front and rear axles. Front axle was replaced with a D30 out of a 97′ Jeep wrangler, along with 36in long arm kit custom built for the truck using Ruff-Stuff Specialties DIY. Truck was siting on 6.5″ Rustys XJ Cherokee springs. As to the rear end I swapped the weak 7.5″ out with a 97′ explorer 8.8″ both front and rear axles are running 4.10s and LSD. The next steps on the project are pulling the cab off to just a rolling chassis to sand blast the frame and repaint. along with building a 302 paired with a NP435 and NP208 transfer case. I learned its only time and money, once the addiction of building a vehicle is there its hard to stop. Enjoy. 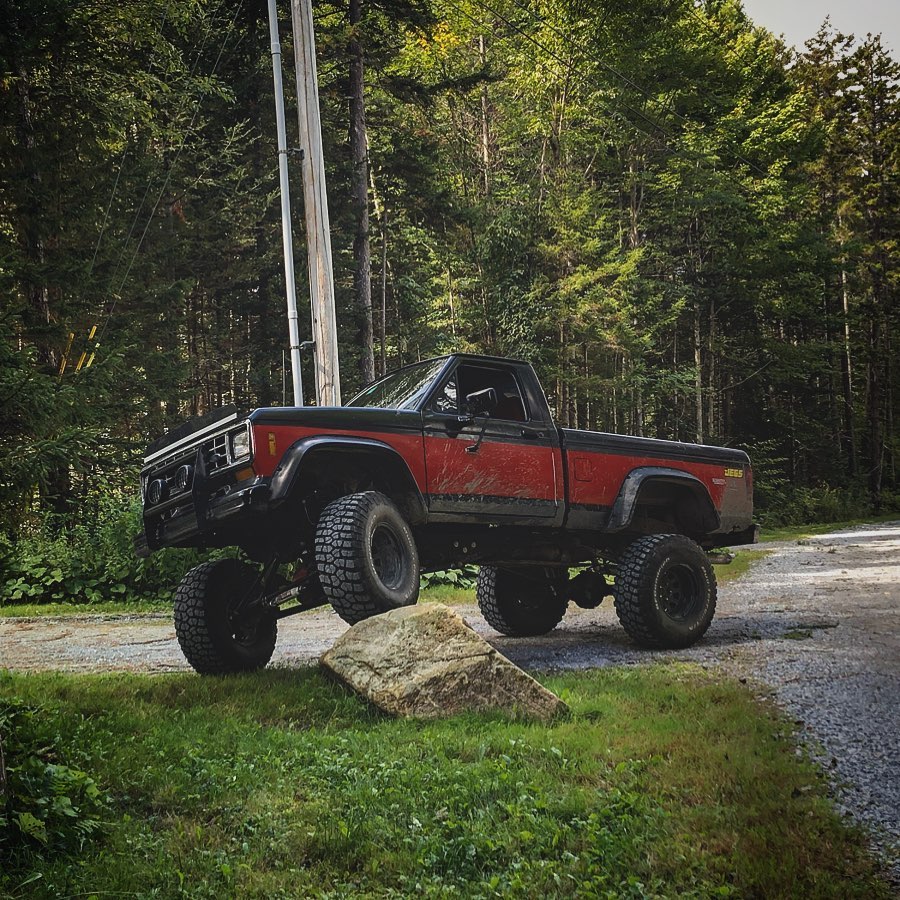