When I turned 14 in 1982, my dad helped me buy my first truck. It was a 1978 F 150 with a four speed transmission and a 351M engine. I could not have been happier to have that truck, although she was tired after living a short but difficult life in the oil fields of the Texas Panhandle. Due to some issues around our place, we sold that truck to a family friend. Since the day we sold it, I have wanted another one.

Fast forward to 2017. I was driving through Cave Creek, AZ and found a 1978 F 150 sitting in the parking lot of a local diner. I pulled in, called the number and found that the owner worked in the diner. She came out, told me the story of how the truck was originally purchased by her grandfather, passed to her uncle, and ultimately passed to her as the third generation owner. But, she was the end of the line for it. She was moving out of state and needed to sell the truck. A transaction for $1,600 followed and I brought the truck home.

Now the fun begins. I had not worked on a truck like this since the 80’s. While I used to be a fairly skilled mechanic, I did need to watch more than a few YouTube how to videos to refresh my memory. I also had to buy a few tools to bring my garage up to true working order. Then the fun. I completely took the truck down to the frame. After reviewing all of the parts, I made a list of everything needed to restore the old girl. And that was some list. Thanks to LMC, I was able to order almost everything I needed. I started with the basics with new fenders, doors, hood, floor pans, fender skirts – basically all the metal but the cab and the bed (although I did get a new tailgate). I pulled the motor and transmission apart. The transmission was tossed. The engine completely rebuilt but not at all back to stock. If LMC looked at my account the team would find that I essentially ended up buying a kit to build a truck. And in many cases, I bought two of the same thing not knowing that one kit may contain parts I was buying separately.

Anyway, two and a half years passed. I dropped the engine block on my foot at one point. Two broken toes. I carried the transmission from my garage to my RV area – by hand – and ruptured three discs in my back. Two back surgeries and several stitches from other cuts later and the truck is completely restored. I needed a little help from my friends now and then but there really isn’t a nut or bolt I did not turn at one point.

It’s been a journey for sure but now I just love it when I drive around and see people point at my truck. Thanks to LMC for making the acquisition of parts easy. I wish the rest would have been just as easy. But I would not change it now for the world. 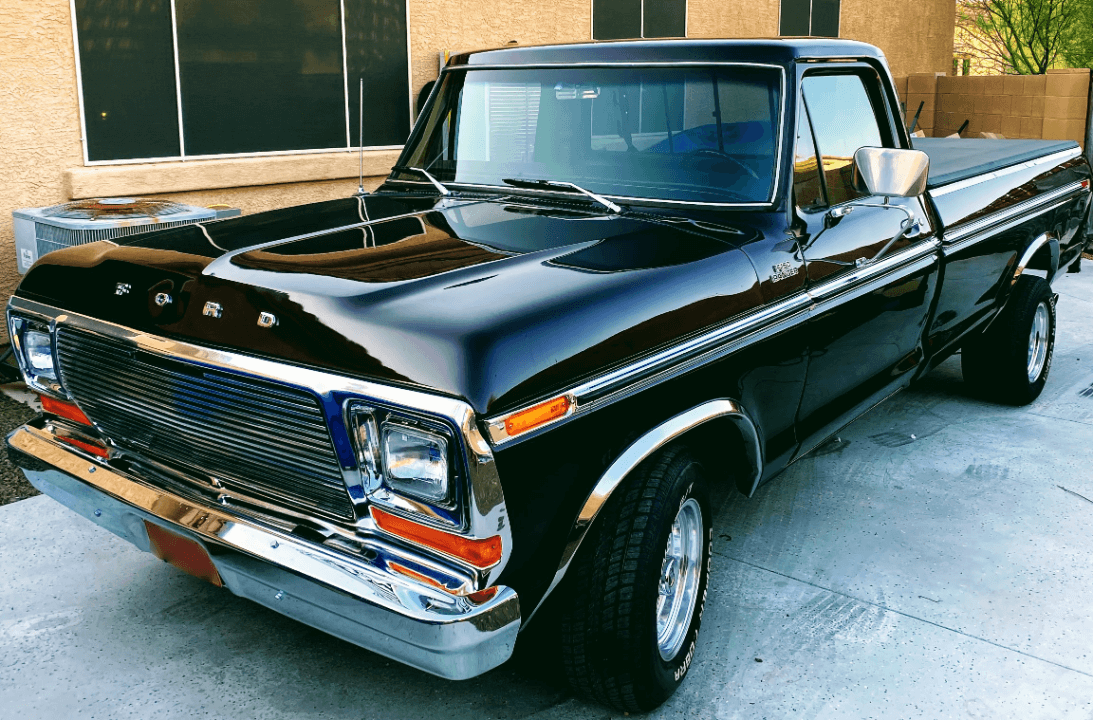