I previously told this story but felt I needed to update this with some updated pictures since completion of the project.

The very first vehicle I ever owned was a 1978 F 150 2WD four speed manual transmission. It was an oilfield truck that had been used hard in the Texas Panhandle. I paid $50 for that truck and loved every minute of owning it.

Fast forward to 2018. I was driving through Cave Creek, AZ and happened to see sitting in the parking lot of a local diner a 1978 F 150 with a for sale sign on the windshield. I immediately retrieved the phone number and called it. The owner, a very nice young woman, worked in the diner. She came out and gave me the history of the truck. It had been purchased in Casa Grande, AZ in 1978 by her grandfather. At some point in the 1990’s her grandfather had passed the truck to her uncle. In February of 2017, she purchased the truck from her uncle for $300. One family truck and an all Arizona vehicle, which meant very little likelihood of rust issues. Her asking price – $1750. I offered her $1500 cash, to which she countered with $1600. I handed her the money withing a few minutes of the agreement. I would have paid her double, maybe triple, that value.

Homeward bound. I drove the truck from the diner to my home, which was about 25 miles away. The engine was weak but it ran. The transmission shifted hard, indicating some issues. There was very little remaining of the interior, which was positive since I didn’t have to demo that part. After a thorough assessment, I determined there was a long list of parts needed. That’s when I contacted LMC.

I basically purchased everything, some things twice, except the cab, bed, wheels and tires, windshield, and exhaust. I stated the demo taking the truck down to the frame. I removed all wiring as well. Rather than order as needed, I started bulk orders with LMC (look up my history). New parts started delivering within the week. This was May, 2018.

I determined the engine, a 351M, was only good at the block level. Everything else had to go. The original C6 had to go as well. Then the differential – I elected to buy a new 3:73 differential from Strange Engineering. Then the axles came – which were not from LMC but from Currie. Then – this is Arizona – it got really hot out and I had been working on this truck in my backyard. But, I continued. I started the rebuilding process. New fender skirts, new fenders, new doors, new hood, new tailgate – all added on and aligned. Off to paint while I worked on the engine. I rebuilt the 351M with basically everything new. Keith Black pistons, rings and rods. Comp cam. Holley 750 carb, Hooker long tube headers. I then ordered a transmission from Monster Transmission. I went back with the C6 to keep it somewhat stock. Then the return and reassembly. Engine and tans in first. Then to the doors, which as a pain when it comes to replacement of all the internals.

After months and months of work, two broken toes, two back surgeries (I herniated three discs in my lower back while carrying the transmission) – the truck was reborn as Rosie.

It took a lot of work, as many of you know, to break it down and build it back better than she was new. I get the great pleasure of watching people look at her when she drives by or pulls up next to someone at a stop light. The first trip with my wife was to have breakfast at a local cafe. We parked and immediately had an older gentleman come up and start asking questions. His smile only matched mine.

Thanks, LMC, for all the assistance in bringing this old girl back to life. 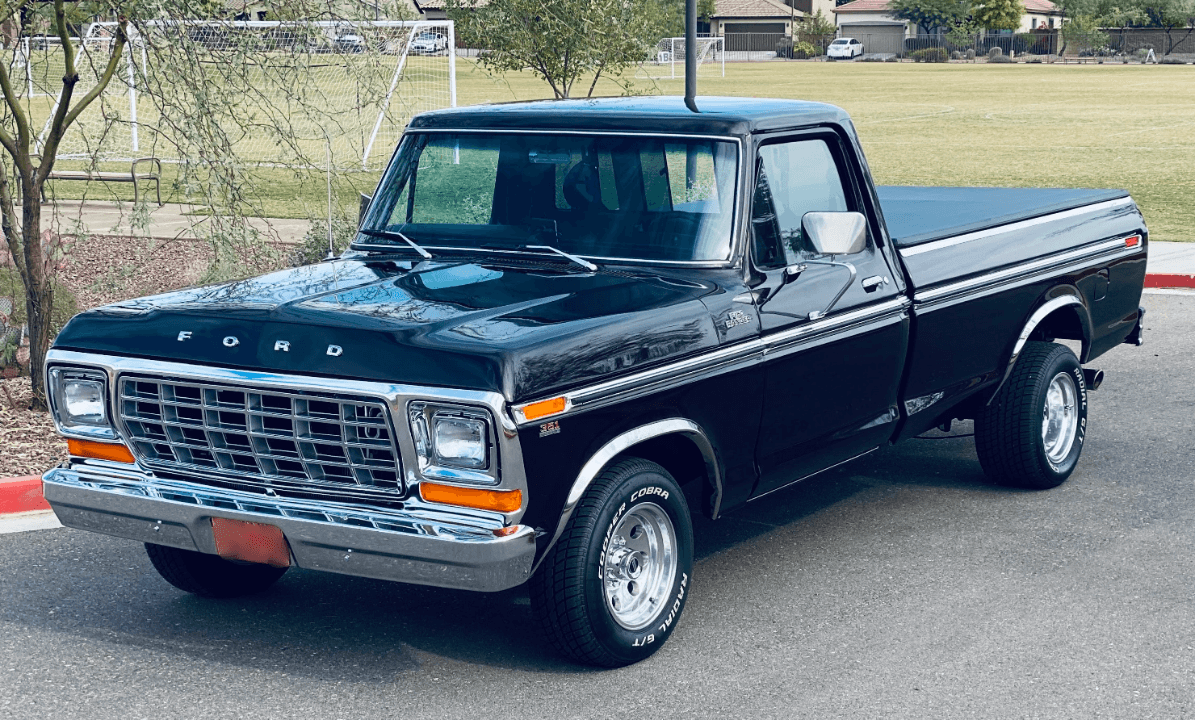