When I first saw this truck, it was owned by a man in our area who had a building filled with many classic cars, but only one Bronco. When I asked him about buying it , he said “you will never get this Bronco”. After a period of time he was diagnosed with a fatal illness and passed away rather soon. His daughters were in charge of his estate so after a reasonable amount of time I called one of the daughters and told her that I was interested in the Bronco. She said she was not ready yet but would call when she was ready to sell. Later she called, I went to look at it, we agreed on a price and I drove it home.

This Bronco was on display in a showroom at a Ford dealership in north Alabama for a while. After obtaining ownership I ordered a Marti report which showed that it was delivered to a dealer in Burlington NC. The paint is light jade which is original, upholstery is original and is an excellent running, driving truck. I have driven it to Townsend TN to the Super Celebration 2 different times and it always gets a lot of attention. 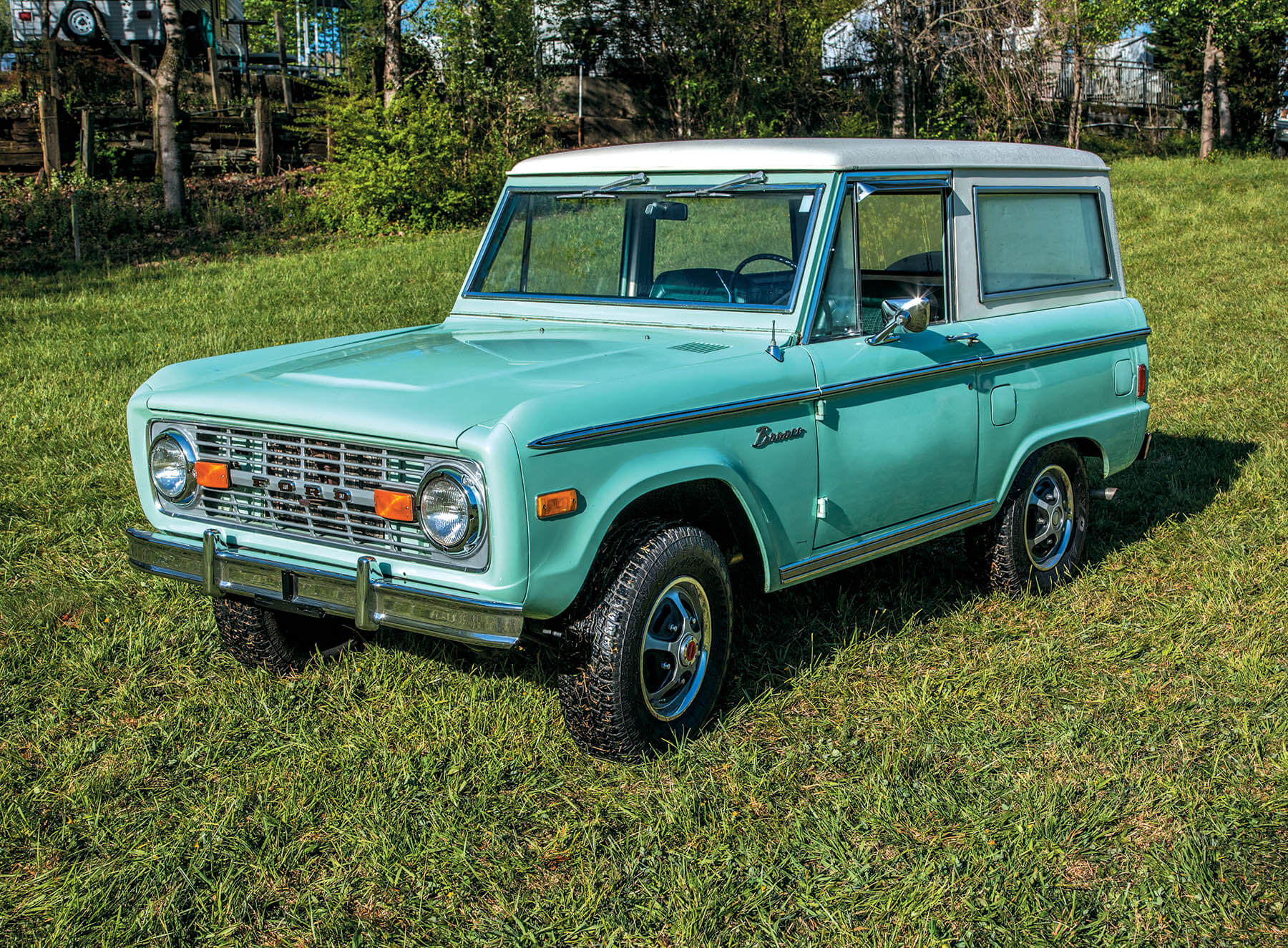