This is the first truck I’ve ever restored being 21 years old. The backstory of GreenBean as I call her, is that it was used as a sprayer truck on a local farm (see pictures.) I bought it at an auction a few miles down the road with the intent just to have a nice old 70’s Ford truck to ride around in. I’ve always been partial to the Dentsides and thought I’d go down to the auction and see what it brought. This was in September of 2017. The truck with its original Limestone Green Metallic color was outfitted with a 500 gallon ball tank sprayer that was used to spray fields and fencerows. It was equipped with two Briggs and Stratton 5HP motors to run the pump and an air compressor to run a foamer marker. I bought the truck without knowing much about it and brought it home and stripped the sprayer out of it. What I was left with was a very solid 1973 F250 2WD truck in need of some loving care and someone to save it from the scrap heap. Along the way I made a color change to Medium Jade Metallic and some aftermarket wheels keeping the rare thin mouldings on the sides. With a little help from LMC, I acquired a new tailgate and all the trim and panels for it as well. With a new wiring harness and headlights also from LMC, the truck now runs without all the electrical gremlins that plague so many older vehicles. New upholstery and carpet along with new dash pad and dash trim pieces, the inside was also transformed. New door panels and a Long Beach Retrosound radio was equipped to bring it into the modern age while still maintaining a 70’s era theme. This was my first attempt at body work and all that goes into it and with the help of some friends who paint on the side, I was able to pick up the techniques and skills required to make the panels almost as straight as the factory. A lot of time and frustrations went into this truck and it make look as good as new, but the best part of it was sharing experiences and memories with family and friends who helped along the way. 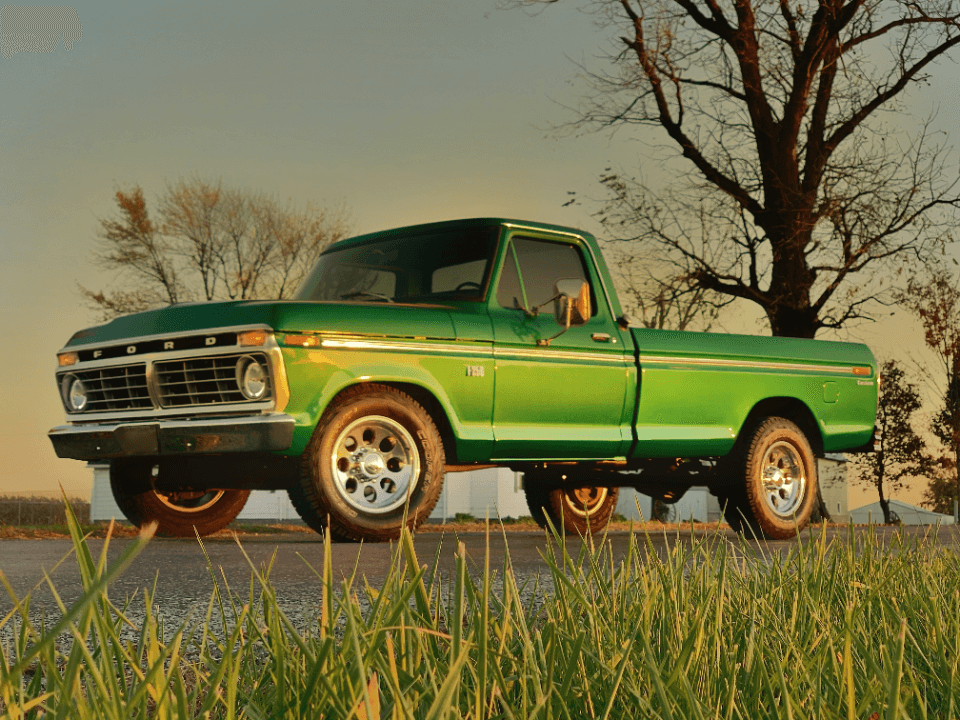