This story starts out as an IOU for my birthday from my wife that was in my birthday card. Little did she know that that IOU would be the purchase of this “Grandpa Truck” she calls it. One day in the summer of 2006 I was making some sales calls and came across this 73 Ford F-100 4×4 with a 360 and automatic for $1,000.00 . I’ll give you some past history as to why I wanted another 70’s era pickup. I had purchased my first Ford pick up when I was in the Navy in 1985 and it was a 1976 F-150 4×4 with a 360 and 4 speed. When I met my wife in 86 we went on our first date with this truck so it was pretty special to me although I had always wanted a Ford Mustang to restore so one of my Seabee brothers had one and I traded the pickup for it. My wife wasn’t to fond of that deal because she liked that truck as well so the truck was gone. In 87 we got married and the mustang was not what I had thought it was going to be for a restoration project. In 88 the mustang was traded in for a 86 F-150 4×4 for more reliable transportation since we had a baby on the way. We have the 86 F-150 still to this day but that is another story I will have to save for another day.

So back to the 73 F-100 4×4. It was a two owner truck before I got it and had some issues with the carburetor which I rebuilt so I could get it home. I was mainly going to use this truck for projects around our small ranch, getting firewood and hunting and possibly fixing up. It was pretty straight but had some rusty spots in it as most of those trucks had. It had an old two door walk in canopy on it with miss matched tires, an old Warn Winch to pull you out of those unforeseen circumstances. The interior was in great shape but was in need of some TLC it had factory a/c which didn’t work but the pieces were there and no radio. So things changed in our lives again and it was off to another adventure as I had taken on a new position and transferred so the truck has a different path again but this time it is going to start it’s journey for restoration and some upgrades. Here it is with some before and after pictures and we plan on doing more to this classic in the future as I would like to start taking it to parades and local car shows. I have started to do the upgrades with LMC Truck parts and every part that I’ve put on this truck has met my expectations. Thanks for supplying me with all the parts I need for my 73 Ford F-100, 86 Ford F-150 and 03 Ford F-250!! 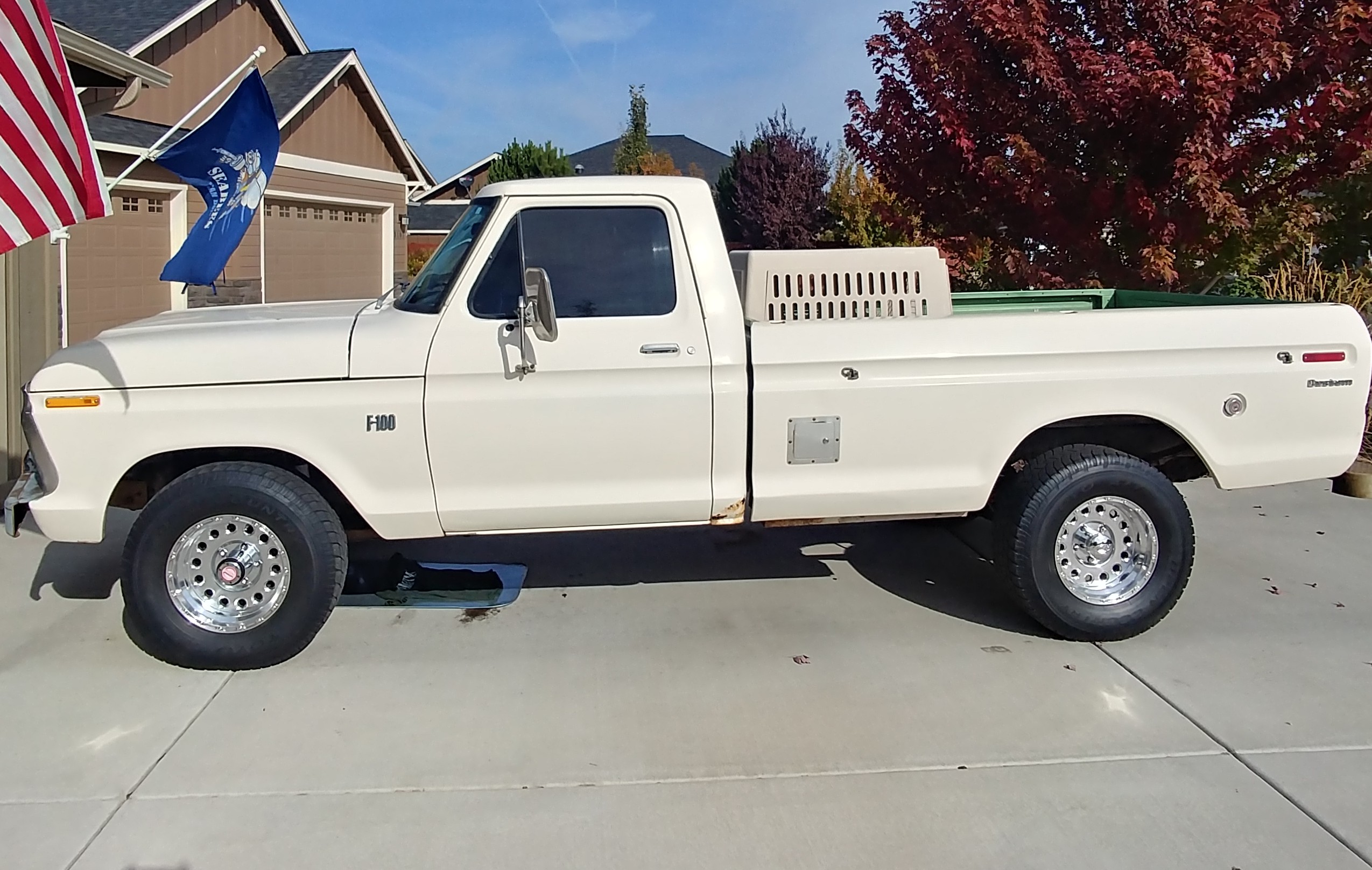