Prior to the ’59 Apache 3200 Longbed, I had owned every kind of muscle car, some even twice, since I was 16 years old. So when the time came that I was looking for my next car, my wife Lori asked if I ever considered a truck since all I ever owned were cars. She saw several at various local car shows and expressed how much she liked that they were a different part of American car history. So, our first truck purchase was a 1953 stock “off the farm” truck that I won on an eBay auction. Lori wanted the truck to stay true to its original build. We had fun driving it for a couple of years to car shows, went on the Power Tour and took it for a lap around the Indianapolis Brickyard, as well as many other road trips. However, I decided to sell it because it lacked pizzazz, and, quite frankly was a lot of work to drive!

I found the ’59 Apache in 2012 on eBay in Florida. It had all the good stuff: a BB572, Vintage A/C, a 9” Ford rear end, racing turbo 400 transmission, and 17” rims with rubber bands for tires. After it was delivered, I realized that this must have been a Trailer Queen, and I wanted it to be a driver, so that’s how the first transformation got started. With help from my brother-in-law, Ray Wilson, and my friends, we redid everything: the suspension, tires, wiring, and interior. We sorted out all of the various components and drove the wheels off of it for two years to get the bugs out. Its first show was the Cleveland Autorama and it took First in Class.

The second transformation happened because the MPG was so bad, and we wanted to go on the Power Tour, as well as to Goodguys in Columbus. I decided to add Fast EFI and a 4L80 transmission to improve mileage, and it did. I drove it for another few years, and then while test driving it, getting it ready for Goodguys 2017, the Bear caught fire. It melted all the wiring and components under the hood and dash, as well as damaging the paint. Thus, the final transformation. I started by rewiring and sorting out all the engine components. I had my friend

Ken Hernecek re-shoot the whole truck in Black and Lotus Silver with the red pinstripes that you see now.
For now, the truck is staying the way it is. It has been on several Power Tours and to Goodguys shows, and will be heading to this year’s 2019 Power Tour for all 7 days and 7 cities
for the first time. The truck is driven and enjoyed and draws crowds everywhere it goes.

Lastly, the name “Bear” came about the first time my wife heard the truck running and commented that it sounded like an angry bear! 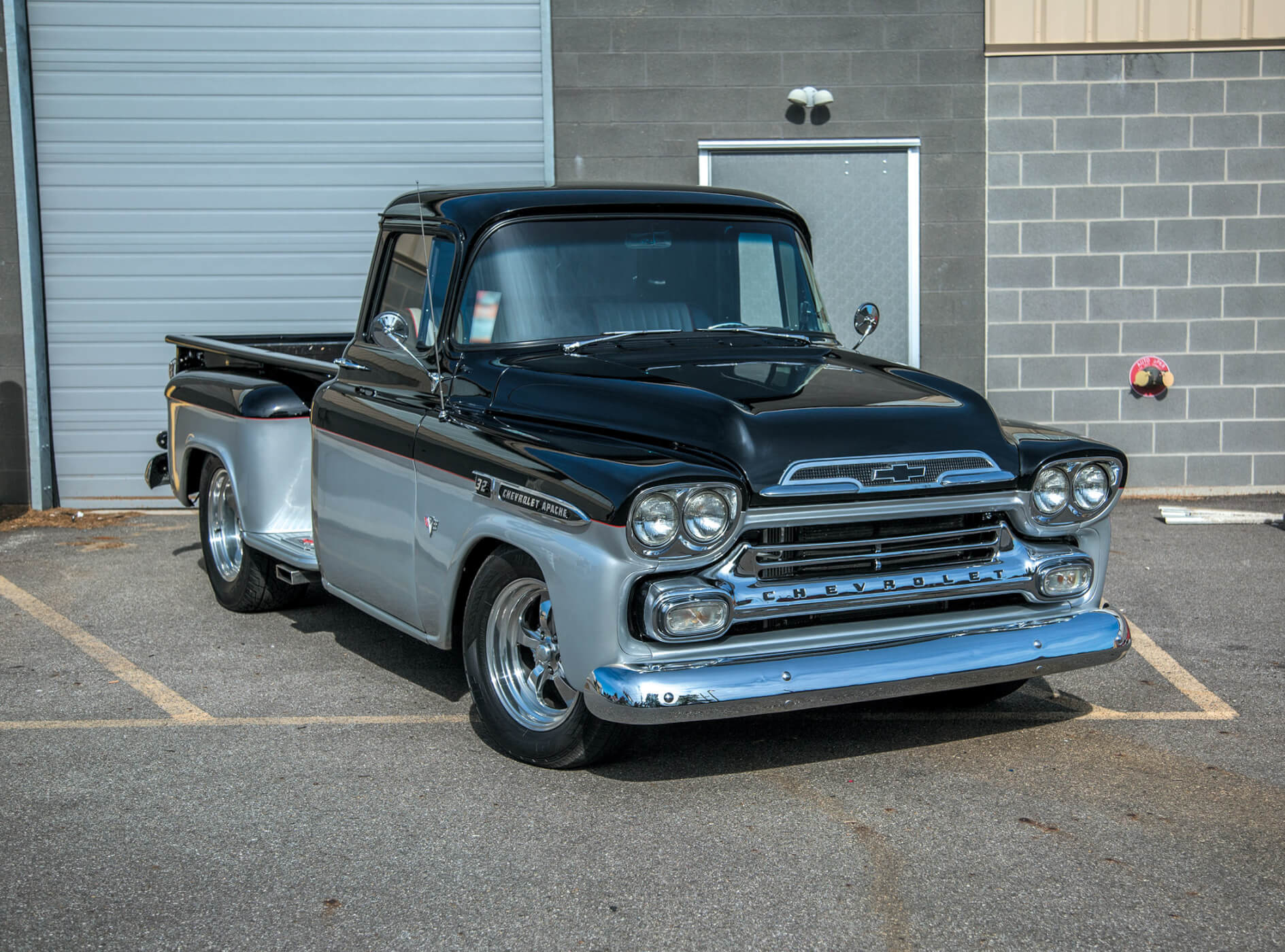