As I was growing up I was never really into cars or hot rods and never went to car shows. My wife’s brother and his wife lived close to Philadelphia, PA. He had this 48 Ford F-1 Pickup truck setting in his garage with all good intentions of fixing it up. The 48 Ford set in his garage for a long time. Later down the road he had found out he had cancer and he passed away. The guys around the area where they lived wanted to buy the 48 Ford truck. But his wife would not sell it. So, I waited a little while then I called her to see if she would sell it to me. She said yes to keep the 48 in the family. About a month or so later we headed to Philadelphia to transfer the title and bring the 48 truck home close to Gettysburg, PA. The engine is original 239 flathead, V-8 with a 3-speed shifter on the floor. It took a little work to get it to run. I had to buy a new fuel tank, a new gas line, got the carburetor rebuilt and a new fuel pump. With a new fuel system in place, it was time to see if the old 48 Ford would start. I put the key in the ignition and pushed the starter button and it started right up and it sounded pretty good. After a good tune-up and oil change it sounded much better.

This was going to be a challenge for me not knowing anything about engines or where to start with fixing up the old 48 Ford truck. Lucky for me I knew a great body man. I had a talk with him and he agreed to restore the old 48 Ford truck. First thing he said was don’t be in a hurry. So, when the old truck finally went to his body shop I told him I would do whatever I could to help. We took the old truck apart down to the frame. We did a complete off the frame restoration. About a half a year later I was backing the old 48 out of the body shop in fine condition and looking very good. Plum Crazy Pearl is the paint color. A short time down the road when the lady I bought the truck from had seen the old 48 she had a big smile on her face and was extremely pleased to see the 48 Ford F-1 Pickup restored.

I would like to thank LMC Truck for all the parts they had to make this restoration possible. By the way my first show out I got a trophy. 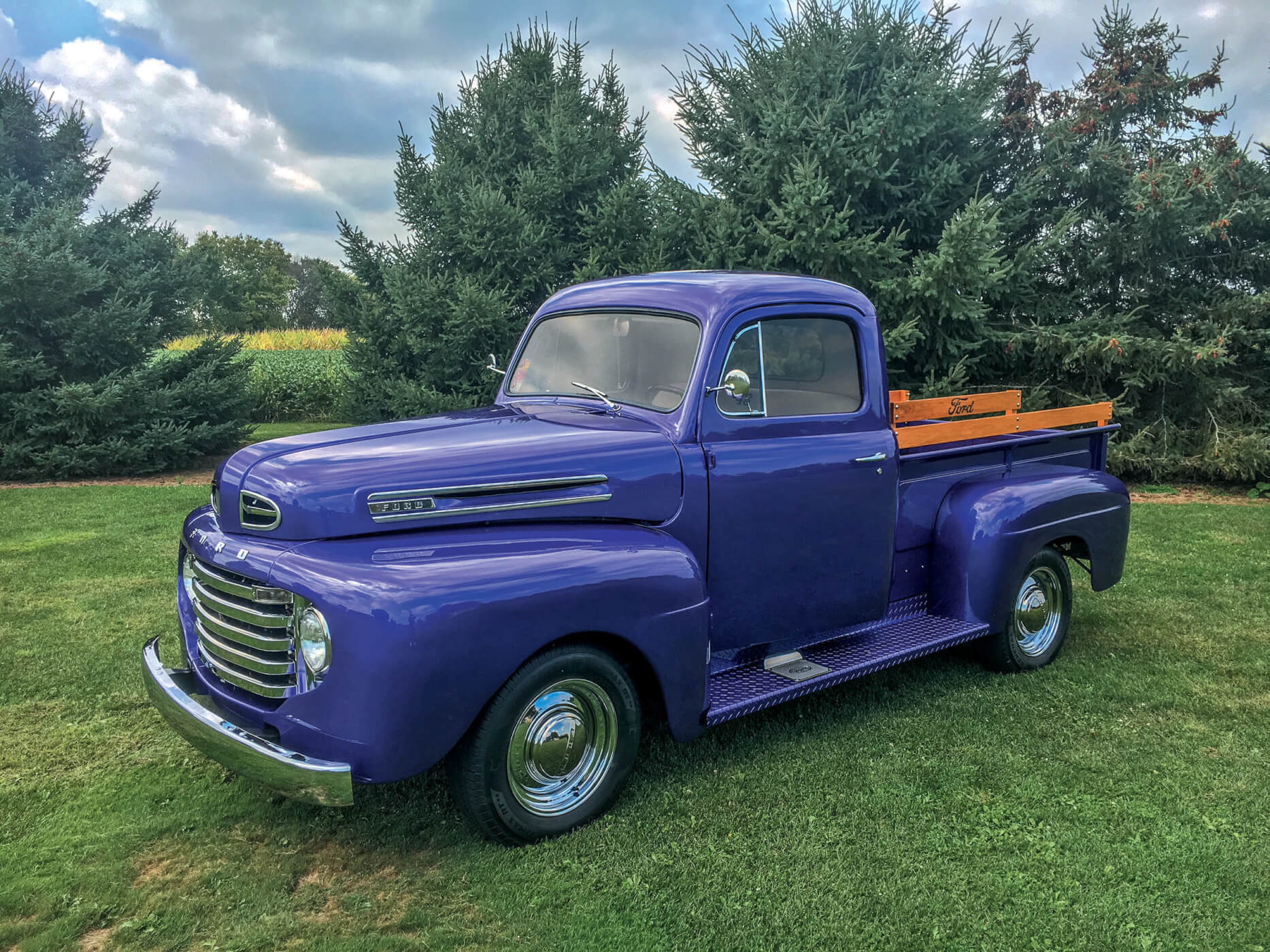