I bought my 1996 Ford Bronco back in 2014 when I was still 16 in high school. Working in a packing plant to pay for it. Originally my dad was the first one to discover this Bronco sitting on a corner of the highway. My first car I was driving a month before the Bronco I had to junk unfortunately cause it was unsafe due to frame rot. I’m glad in a lot of way’s that was the case. Ever since that summer in 2014 my love and fascination with these rigs has really kicked into overdrive. Broncos are really a tride and true SUV.

The Bronco was simply a Father and son project from the get go. The plan was to build it as original as possible and from the ground up. That following year when my dad had moved back home, he had helped descale and re-undercoat the frame and undercarriage. A skill he picked up on his time away. We sanded down the tire carrier and rust converted it. Painted over it as a temporary fix. I’d drive it to both of my works, and the odd camping trips, up old forestry roads, trails, outings and around town. The years after, we had pieced together everything we needed for the body. Everything that was totally rusted through had been replaced with the help from LMC and my local Ford Dealer. The fiberglass topper was sanded down and painted to match the body color. The shocks we’re upgraded. Things here and there I’ve done and still am doing. I’m hoping this coming year to eventually get around to working on the motor and tranny. I know my Grandfather who drove a lot of these types of rigs for work would be looking down. Damn well knowing he’d love it just as much as I do. 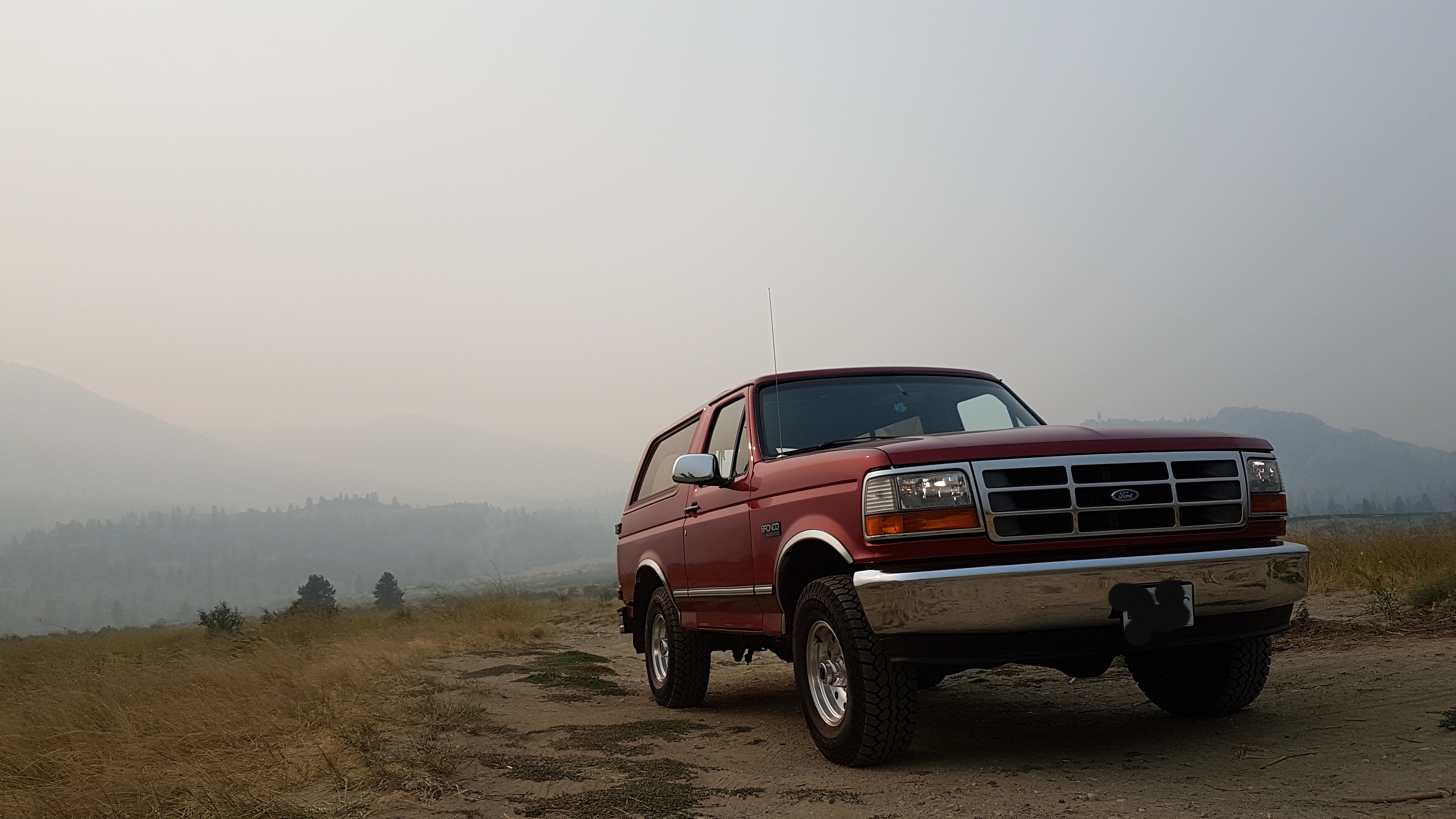