I bought my blazer in 1989 from a Chevrolet dealership in Amarillo. It was a demonstrator and had about 1000 miles on it . It now has 331,000 miles. I put a new 350 engine in her at 285,000 miles. Her name is Betsy and has been that for almost 30 years. This is the fifth transmission she has had. The original exhaust has been replaced with Hedman headers followed by 3 inch dual Flowmasters. I have replace the hood and restriped and repainted the entire blazer a little bit at a time to keep from the costing too much all at once . It has a 10 speaker and three amp stereo system and a brand new dash and freshly recovered seats. She also has new carpet. I still take her out once a week to work and back home Fridays which is about a 120 mile round-trip to keep her running good.  Also in November and December during deer season she gets a pretty good workout! She is my pride and joy and is such a joy to drive! 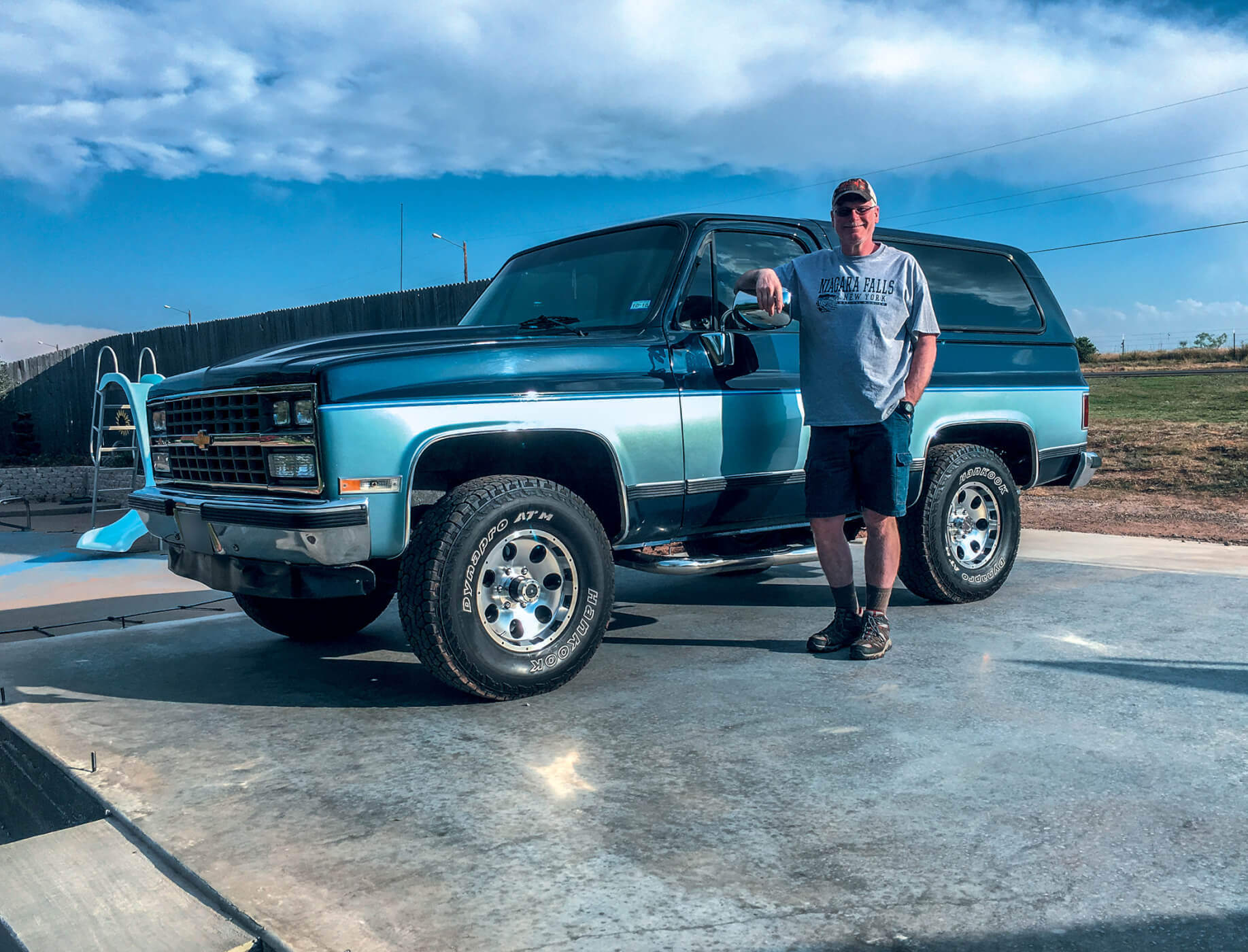