I became a fan of the early Broncos when I was a teenager. Several of the older guys I hunted with had them, and I experienced what they were capable of firsthand on some of our hunting trips. I graduated in 1979 and I knew I had to have one. After graduation, a few of my friends and I went to Panama City Beach for a few days. While we were there, we were cruising up the strip and I spotted a Bronco backed into a parking space in front of one of the motels there. After stopping and getting a closer look, I saw it was a 1977 Jade Green with Parchment interior, 4” lift with 10” aluminum Western wheels and 14/35 Gumbo Mudders. Exactly what I was looking for! No one was around to talk to about it, so we traveled on. But I could not get it out of my mind. Fast forward a few months and I was back home, had landed a job and was working, but had not forgotten about the Bronco. Mud Racing was a big thing around Walker and Tuscaloosa Counties, Alabama at the time, which was close to home. My younger brother and I went to one of the races, and as we entered through the gate I saw the same green ’77 Bronco in the parking area with a for sale sign in the window with a phone number. We didn’t have a pen or pencil, so we wrote the number down in the dust on the dash my ’75 Nova. The Bronco was already gone when the race was over, so as soon as we got home I called the number, and a day or two later I was the proud owner of one of the sharpest ’77 Broncos around at the time.

For about two years we enjoyed the Bronco, going on hunting and fishing trips, mud and trail rides. I also used it as a daily driver. My friend and I rode to work together, and when it was his week to drive I would meet him at a local gas station. That’s where I would park my Bronco. One evening we got to the station after work and my Bronco was gone. It had been stolen! Fast forward again about 14 months. I got a call from a neighboring county police department—they had found my Bronco. But as luck would have it, life happened. The insurance company had paid me off, I had gotten married, bought a used 1978 Bronco and built a new house. I was not able to buy the Bronco back from the insurance company. The last time I saw it was on an insurance company auction lot. I still look for it every day! Twenty years later my wife and I were able to purchase the 1972 Red Half Cab Bronco and since have acquired two more, a Red 1976 and a Jade Green ’77 Bronco. It’s not my old one, but very close. It does need some work and, as in the past, we will be looking to LMC for parts and pieces to fix it up. 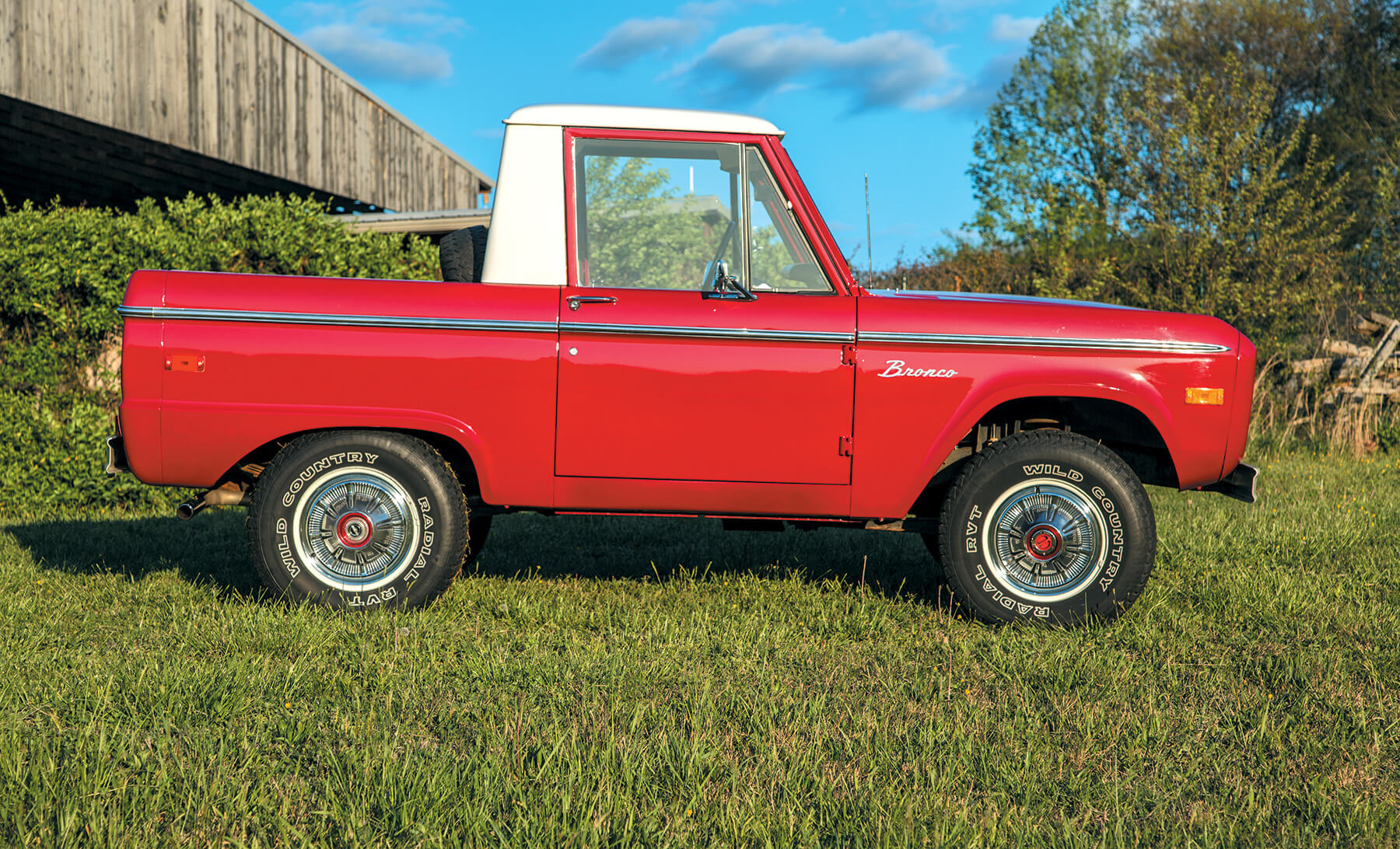 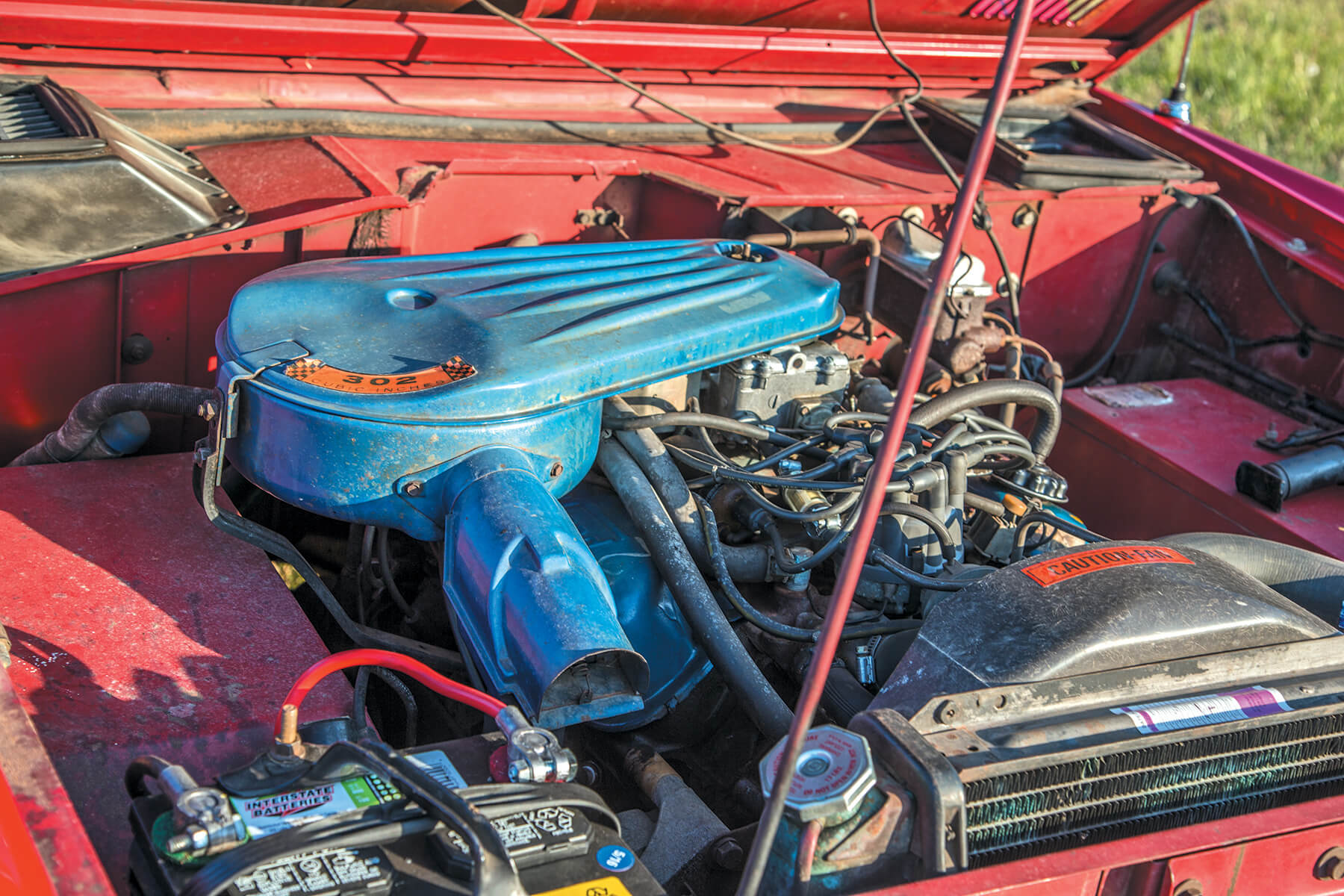 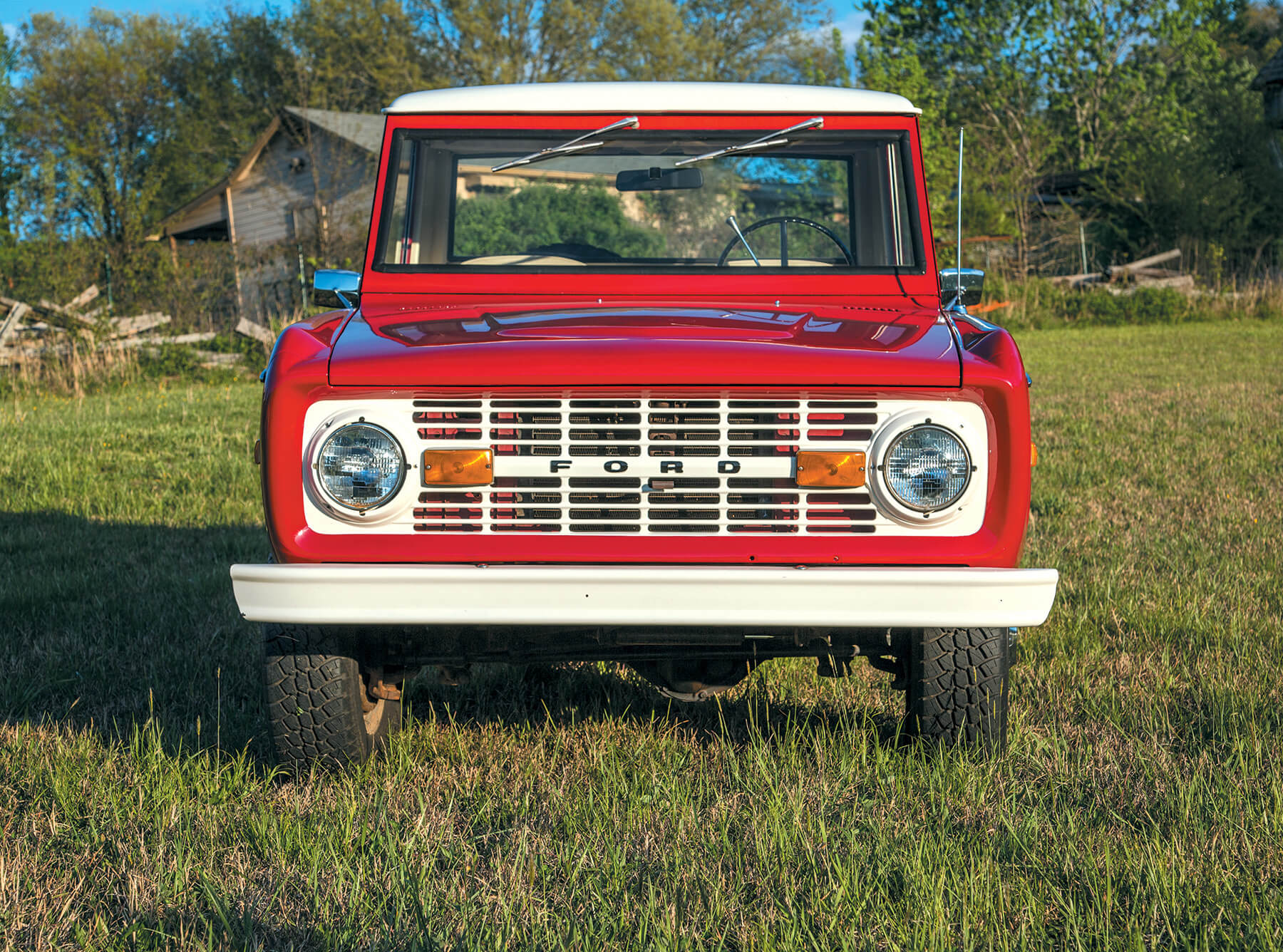 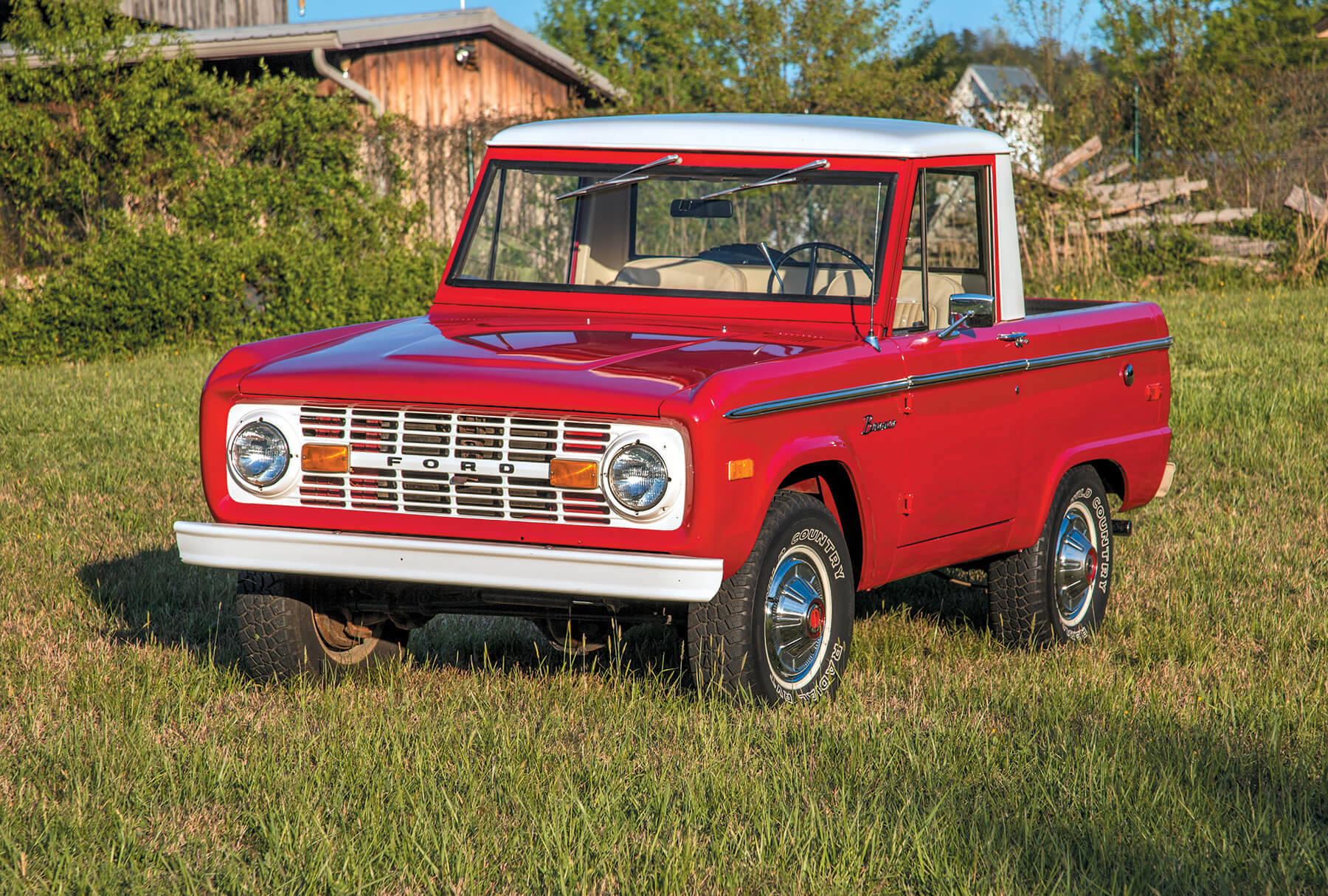 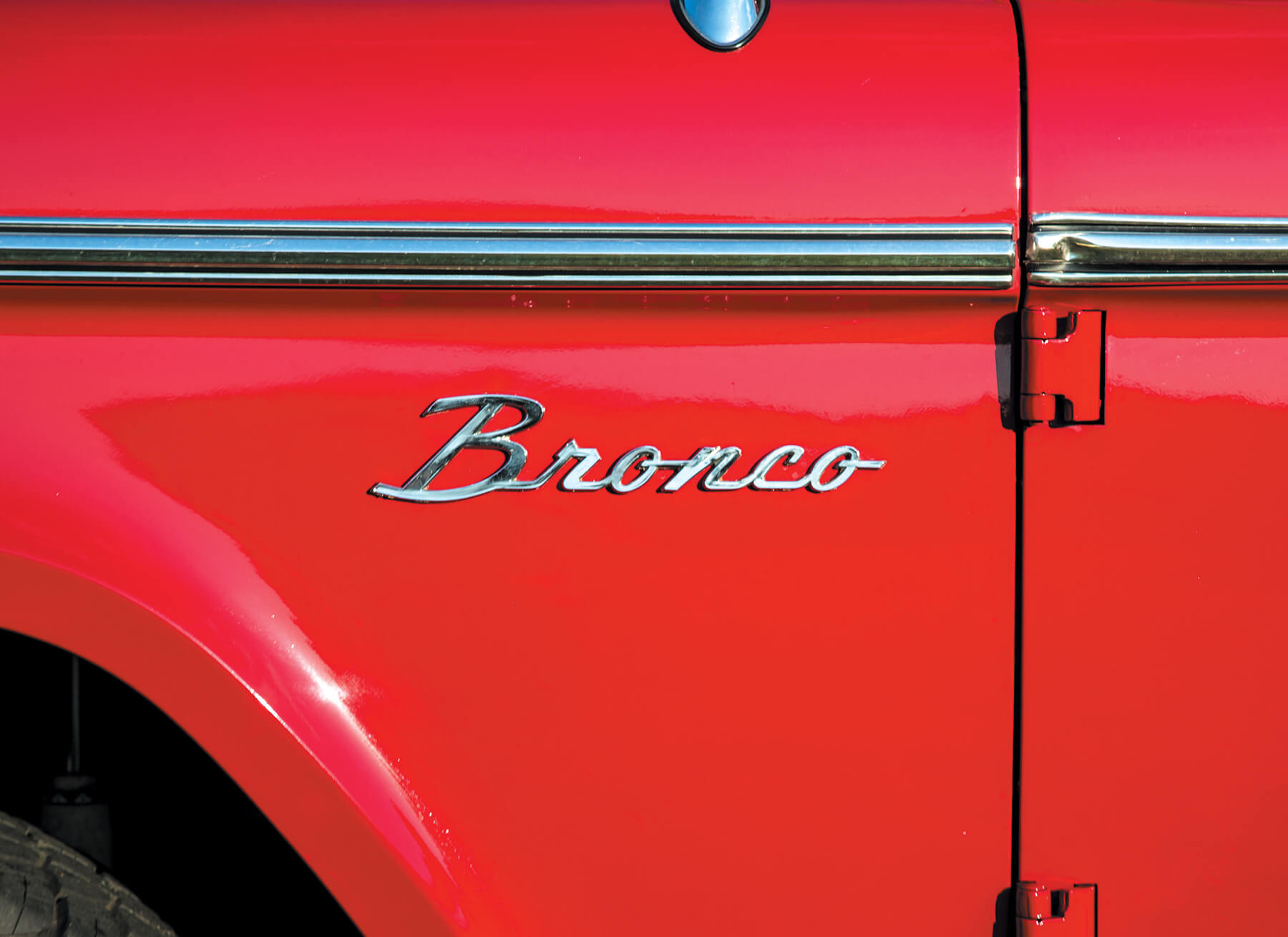 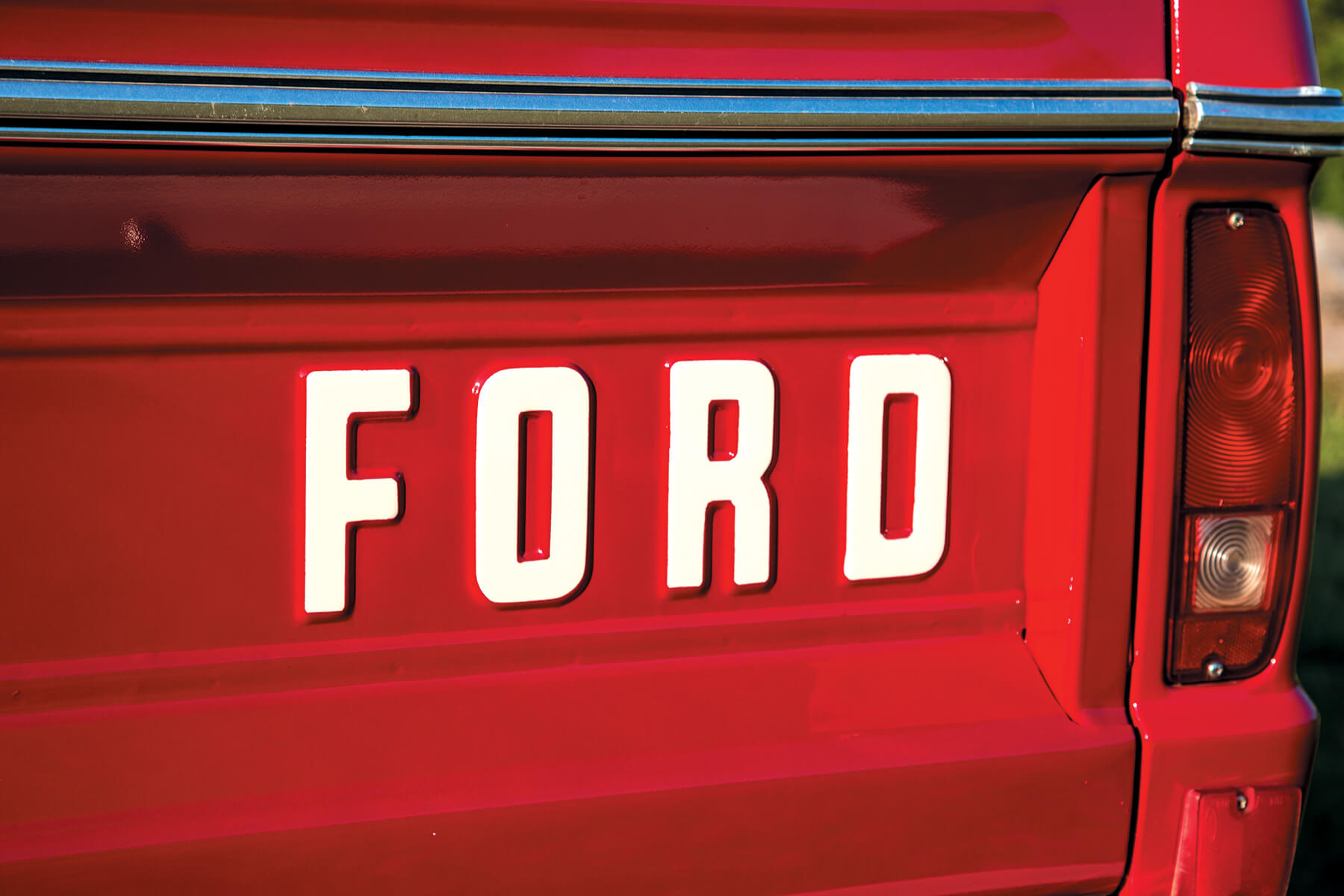 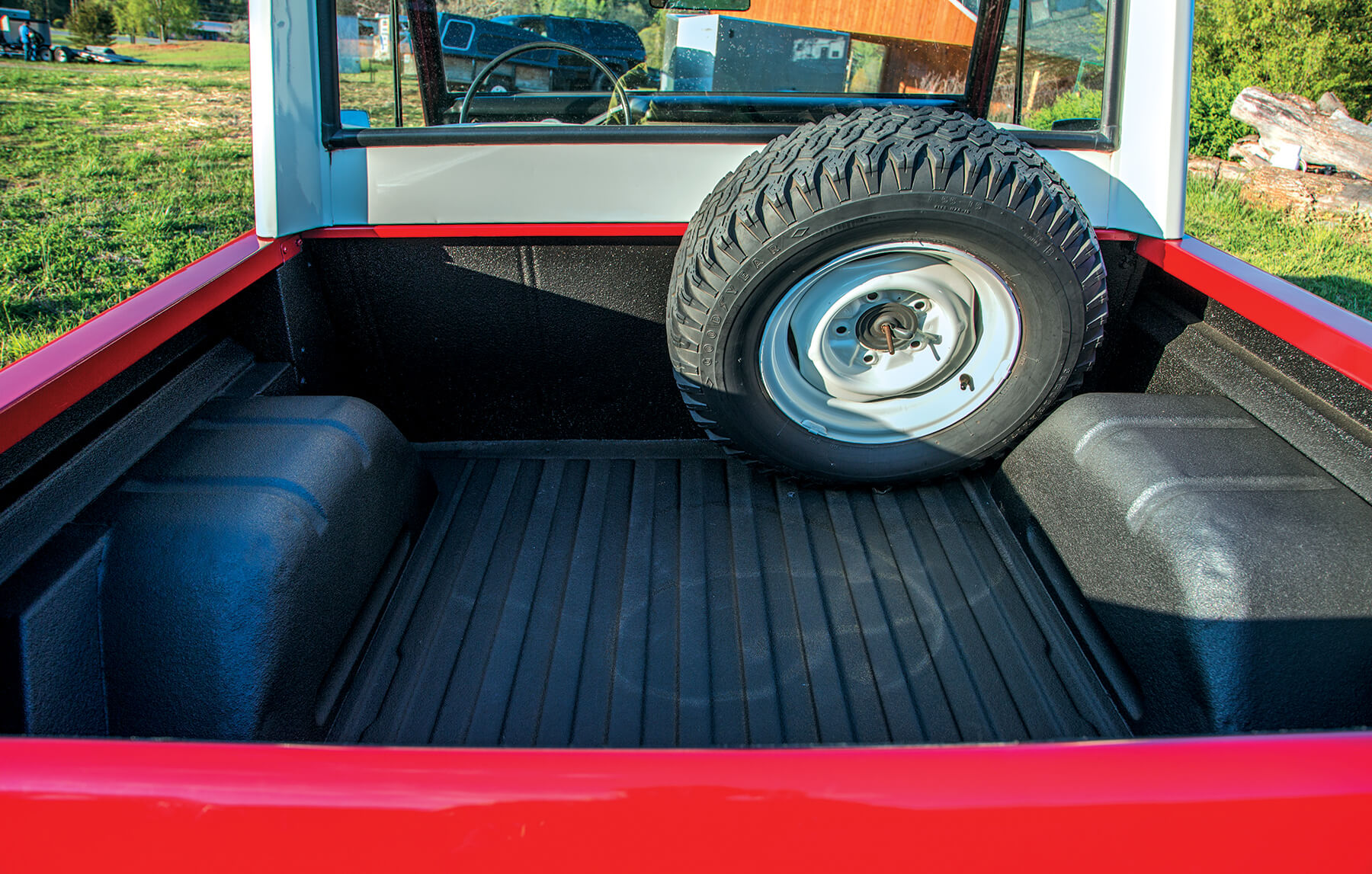 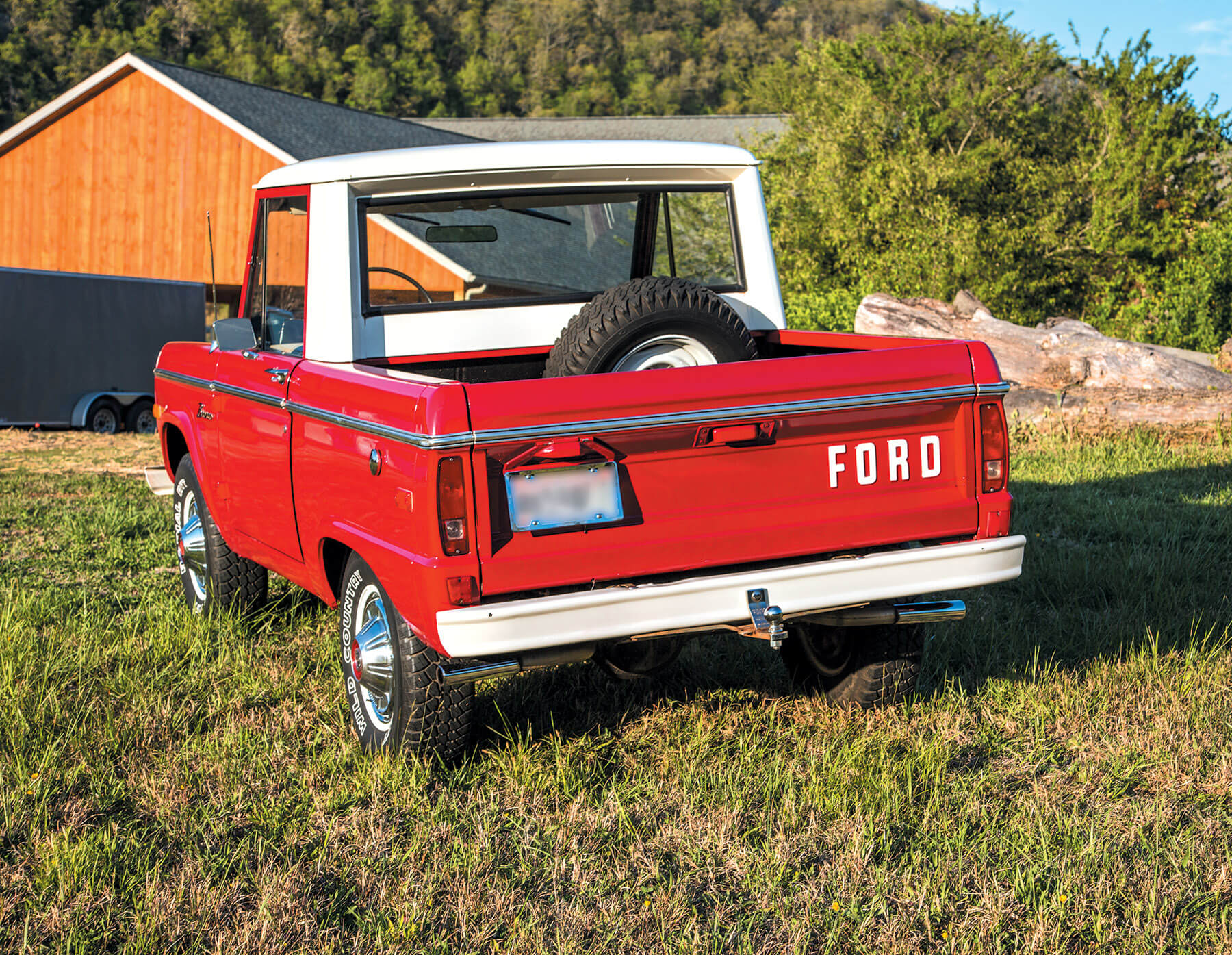