Back to Minitrucks After 23 Years

I owned three minitrucks during the years 1976 to 1996. In moving to Texas in 1996, I sold my 1986 Mazda B2000 extended cab and thought my truck days were over. Twenty-three years later, I spotted this 1987 Chevy S10 with 281,000 miles, but good bones, while at a car show put on by our local high school auto tech students. In addition, the truck was “hauling” a 1970 Honda Minitrail built as a project by the students. The students needed to sell the CT-70 to have funds for a similar project for the next year’s class. Since I then needed a truck to haul the Minitrail, I also ended up buying the S10 from the program instructor as he had just purchased a full-size truck so he was willing to part with the S10. The truck needed quite a bit of TLC from all of those miles, both inside and out. LMC provided the parts to get a great new lowered stance, new front bumper, grill, and related parts, window run channels, and all of the mirrors along with total interior “updating” back to the original red ’80s style (carpeting, velour seat upholstery, sun visors, and Colorbond paint for the door panels)! After about 2 months’ worth of work, the S10 got to its first show at the Pre-SEMA event put on by Painless Performance Products this weekend, and transported that classic Honda Minitrail in fine style. At 66, I’m now back into the minituckin’ scene and ready for upcoming Radwood events! 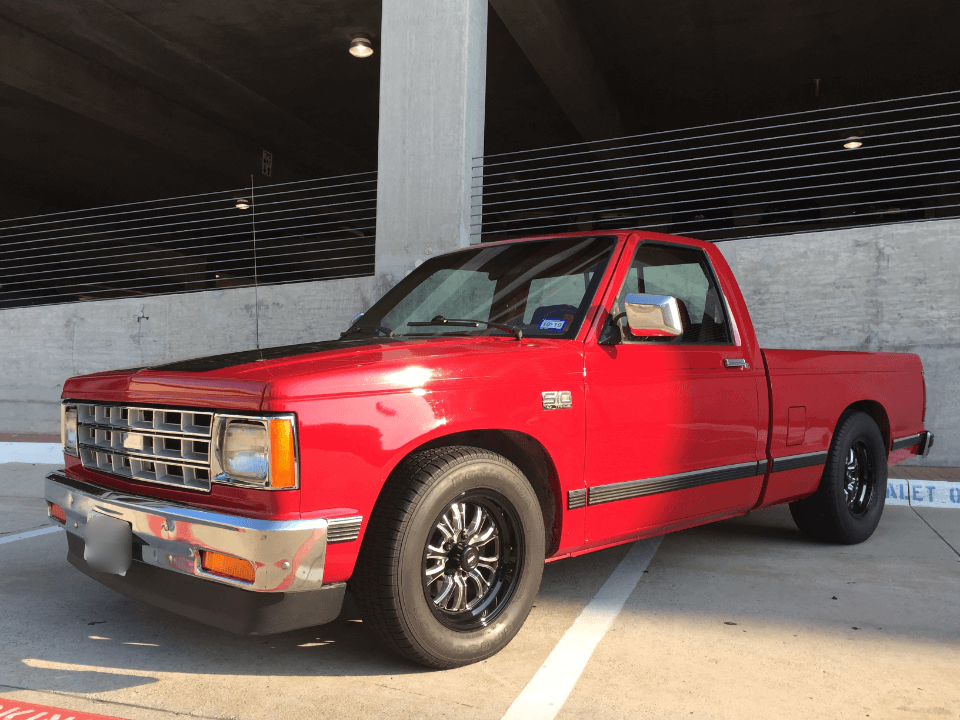