So, here it is. My 1982 K5 project. I bought it about 5 years ago off of craigslist. Guy was a older kool car dude. He actually had a 70’something Corvette in the garage and the blazer was used as a security barrier so they couldn’t steal his car out of the garage. Anyway, it was running pretty good with an SBC 350 motor. He was also using the truck to practice bodywork (and he actually did a pretty good job too!) So, here I was totally in love with this guys lawn furniture so I bought it. After buying it I upgraded the tranny to a 350 turbo with a stall converter and a thicker clutch plate. Then showing off I drop shifted it and snapped the driveshaft so I upgraded that to a performance driveshaft too.

Next, I decided to upgrade the motor and a friend had an SBC 406 crate motor with hooker long pipe headers edlebrok dominator intake and aluminum heads. I also had a pro charger I was anticipating adding as well so I switched to a 98′ firebird serpentine system. Then I got my hands on a top-mounted Weiland supercharger so I decided to go in that direction instead. I swapped out the motor, added the serpentine system and connected to the tranny. Then…I ran into some personal problems and out of money so the job was put on hold…until now. In late July my mechanic decided to do me a favor and finish putting the job together for me. I’m a wanna be grease monkey and finishing the job was a bit outside my scope of expertise.

Then the little things started to come together and fall apart and come together again. My carb was no good so I purchased a 625 Holley Warrior performance 4 barrel carb. Upgraded the wires to MSD racing wires, replace the clutch fan with 2 14″ electric fans with an aluminum shroud, aluminum radiator, and replaced the oil pressure gauge, temp gauge and ran brass lines. There’s lots and lots of work to do but shes running and powerful. We didn’t go the pro/supercharger route, I just wasnt there yet. I am planning on fabricating custom rear seats. The idea is to have a school bird-like style rear seat that runs parallel to the front but also along the side of the bed of the truck.

The truck was already slammed to the floor (which I liked) but needs an upgrade on the suspension and eventually swapping out for a positraction rear axle. Tires rims paint job interior radio system upgrade on headlights are all some of the upgrades on the list but for now, shes my bby as is and I love her!

And my 11-year-old daughter, who is a competitive figure skater and dancer, wants the truck for her 1st car. 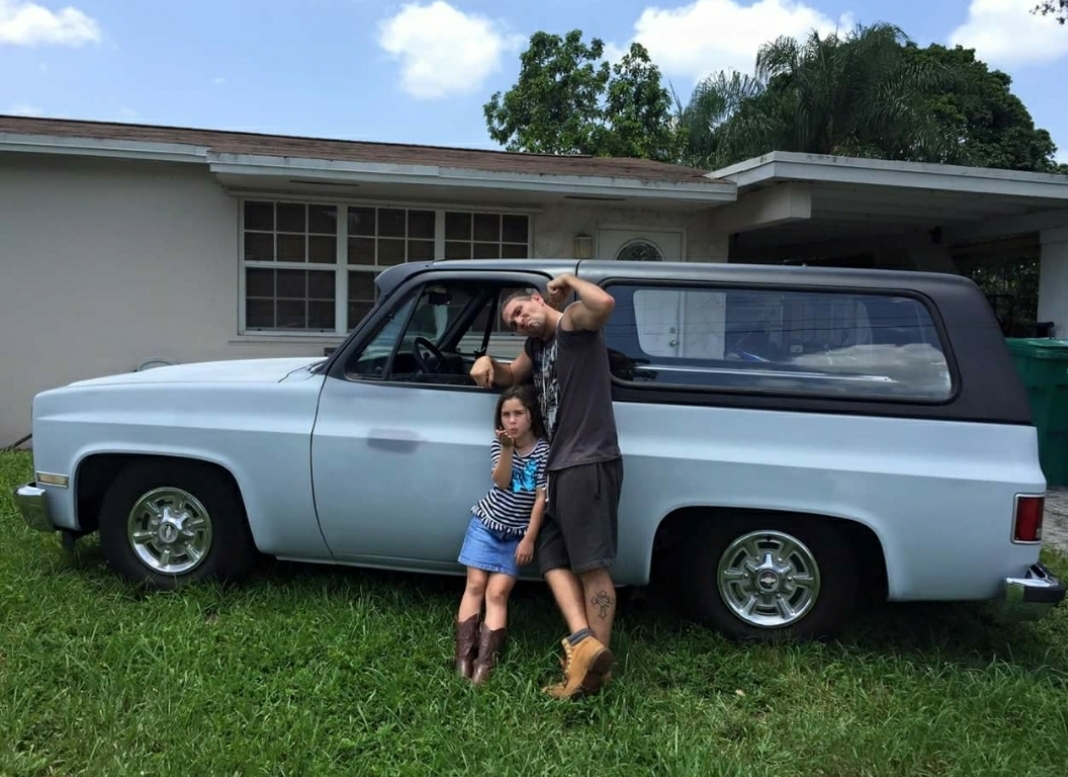