I purchased this 1963 C-10 Shortbed Fleetside truck in 1995 from a co-worker who used it as a daily drive, who had purchased it from a fellow who had bought it in Oklahoma. After having the truck for over twenty years, and being recently retired, I realized that it was too nice of a truck to just leave as a daily driver so I decided it was time to either restore it or sell it to someone who would. In the fall of 2017 with the help of my son, I started the restoration by totally disassembling the truck and doing a frame-off restoration. After having the frame blasted and painted it was time to upgrade the braking system and lower the stance of the truck. I installed front disc brakes and power brakes all the way around and added power steering. I went further and put a 2-1/2 inch drop spindle in the front and 4-inch drop springs in the rear. Wanting to keep the original look, I decided to leave the six lug wheels on the truck and finish the look with a set of period-correct Cragar wheels.

Not wanting to look like all the other restored 60’s model trucks, I decided that I would hide all of the bed mounting bolts under the wood and make the wood for the bed from Black Walnut, which I felt would be a perfect match for the Cinnamon Metalic paint I had selected for the color of the truck. After months of searching, I found a relative in Kentucky with enough rough cut lumber that I could plane down, refinish and use for the wood in the bed. After months of long hours and more shipments from LMC than I can count, it was time to begin the process of getting everything primed painted and ready for reassembly. In the Spring of 2019, after many long hours and lots of tedious labor, I had succeded in taking what was once a daily driver farm truck and turned it into what I feel is a one of a kind show truck. (Apparently I was not the only one that felt that way. In the first two shows that I showed the truck, it took Best of Show in one and a top twenty finish out of 212 vehicles in the second.)

Thanks LMC for helping make my journey possible. 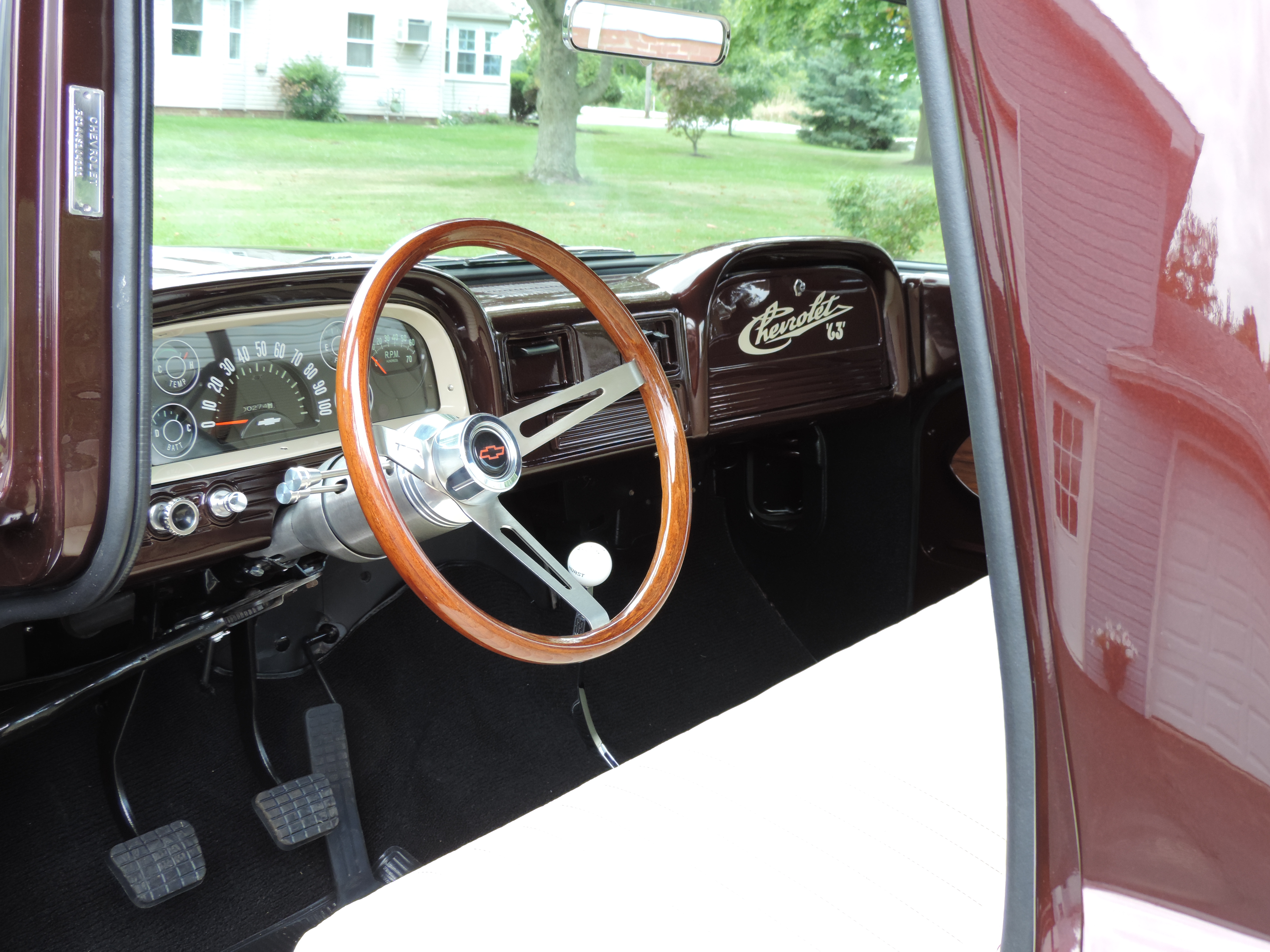