Dear LMC truck, this is the story of my 1987 Chevrolet R30 pick-up. It was purchased from a car lot that was closed down, and it was the only vehicle on the lot in 2007. I had seen the truck for a year and a half off and on. Every time I passed by and thought that I needed to stop by and see if it was for sale but didn’t. But one day my dad told me to go find him a truck that would pull his heavy tractor. My 1/2 ton GMC in which i’m restoring now was too small to pull it. So I went to this car lot to ask about it, and the owner quoted me a price I couldn’t refuse. He had a young man that worked for him, and he said mister this truck is a piece of junk, it has a lot of problems. I said young man you don’t know what your talking about. I know your too young to understand, but they don’t build trucks like this anymore. I plainly told him that the body alone was worth the asking price. I left that lot with that truck buying it with my dads money of course.

Took it to my dads house to show him what I had bought with his money, and he loved it. I told him to get in and we would go to courthouse to put it in his name and he said son, put it your name cause I bought it for you. It totally blew me away. I thank him over and over. He had had a stoke some years before and lost his mobility on his right side. He also loved gardening, and raised 8 children working in the garden every summer. My dad passed away in Dec. 2014. The truck had a lot of issues but none was serious.

In 2015 I ordered some cab lights from LMC, and when they came I started to install them, then I thought, I’m going to restore this truck. I sold my ’96 Harley Davidson and used the funds to buy everything I needed from LMC. I finished the truck Feb. 2016, and I just wish my dad could see it now. It took me a little over a year, but it was definitely a labor of love. I’ve had many offers to sell it, but it’s not going anywhere. I put it in my home town car show in Sept. 2018 and it won 1st place in its class. I just wanted to thank LMC for superior products and service. I know your magazine is for 1/2 and 3/4 ton trucks, but all the rubber, lights, and interior products are the same. It would be pleasing if my truck could make the cover of your magazine, but i don’t know if you allow 1 ton trucks on your cover. Thanks again for all you do in keeping the old trucks on the road. I’ll be sending you a story and pictures of my 1984 GMC when it’s finished. Yours truly Darrell Buckner. 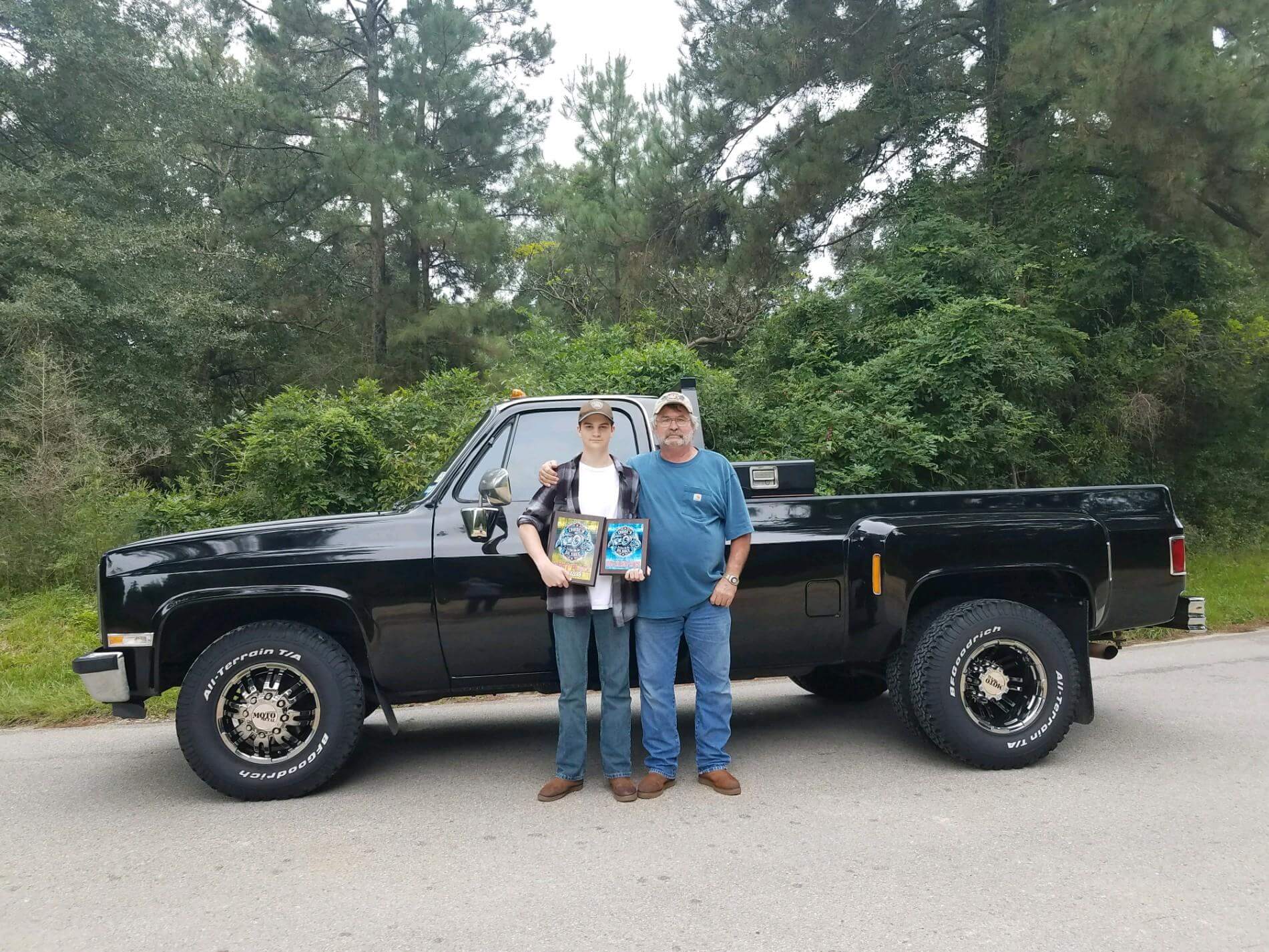